Astrology is a fun way to learn a few of someone’s possible personality traits. The traits associated with certain Zodiac signs not only match up often with people in real life, but can also be seen in fictional characters. It’s interesting to see which characters align with one’s personality, then to see if they share the same Zodiac.

This is true for Boruto as well, with a huge cast of characters that may be relatable on more than one level. Whether their birthday is in the same month, or their traits just happen to match up, fans can find characters who are quite similar to them. 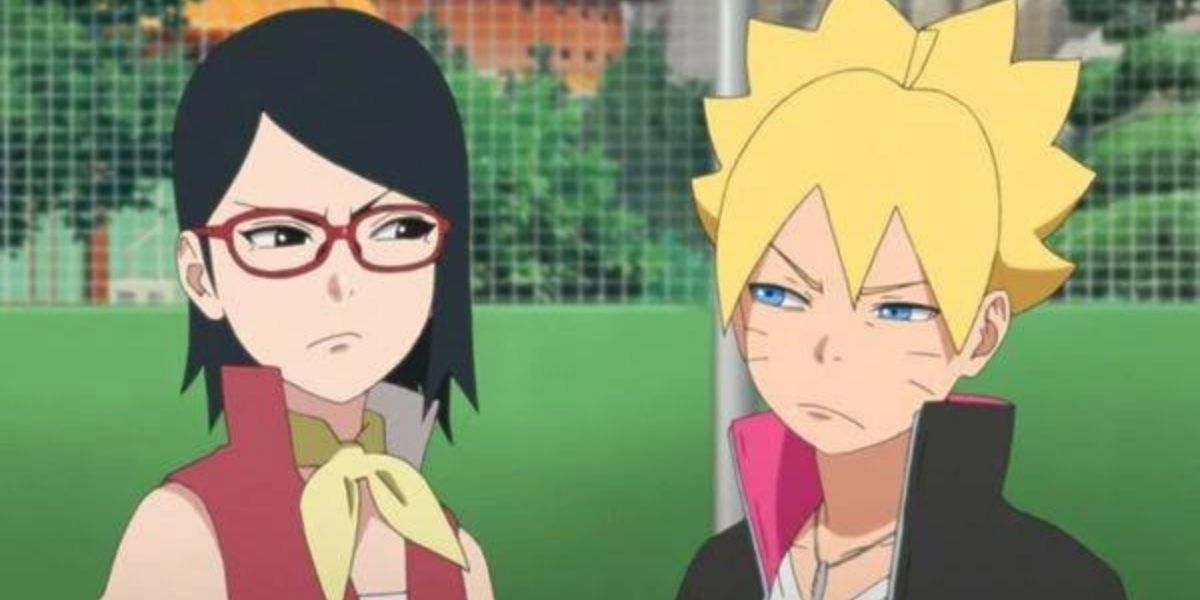 With a birthday that falls between March 21st and April 19th, Aries is the first of the zodiac signs. Who would’ve guessed that both Boruto and Sarada share a sign!

Bold and ambitious, Aries individuals strive to be the number one in pretty much everything. They’re born leaders and passionate, direct in their approach, and willing to dive headfirst into a challenge. They’re also quick to anger, which describes Boruto to a T. However, Sarada is the more mature and cool-headed of the two. She most certainly inherited her mother’s cautious demeanor, which makes sense because Sakura is also an Aries.

11 Taurus: Choji Akimichi Is The Most Loyal Friend 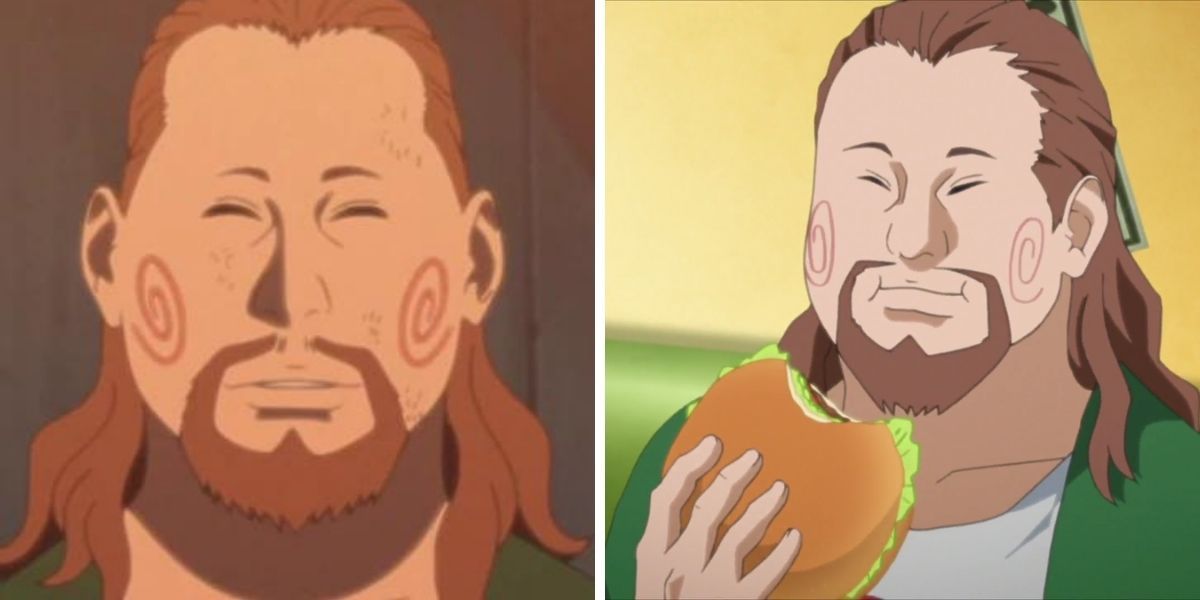 Taurus individuals are some of the most loyal friends. They don’t like too much change and love to feel comfortable in their environment. As long as you don’t interrupt their space, they won’t bother you.

Choji and Shikamaru are lifelong friends, so it’s no surprise that Chocho and Inojin would be on the same team. Choji is a doting and caring father to Chocho, who inherited his big heart and his enormous appetite. 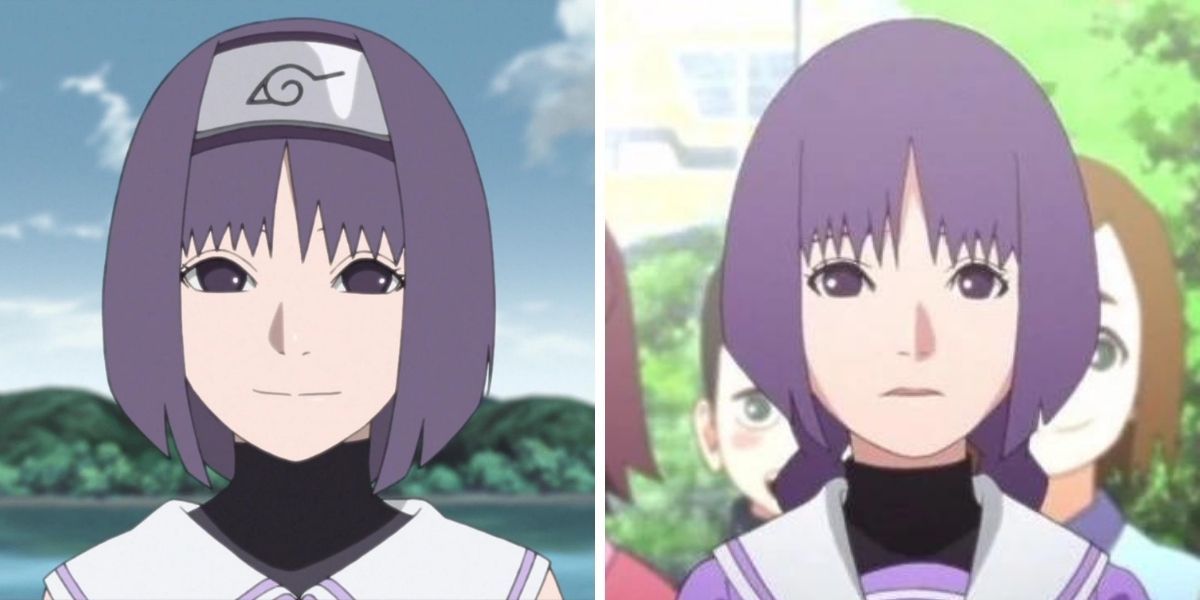 Geminis are the epitome of social butterflies. They love interacting with friends and colleagues, and they would never turn down a creative project. Sumire may seem like an odd choice at first, but she’s a lot more like a Gemini when you get to know her.

Initially introduced as meek and quiet, Sumire gradually comes out of her shell as she interacts with her classmates. She’s dutiful and respectful, affectionately called “Class Rep,” even outside of the classroom. Like Geminis, she’s open to learning about the world around her and grows more confident with the knowledge she gains.

9 Cancer: Kiba Inuzuka Is Attentive And Devoted To Those He Cares About 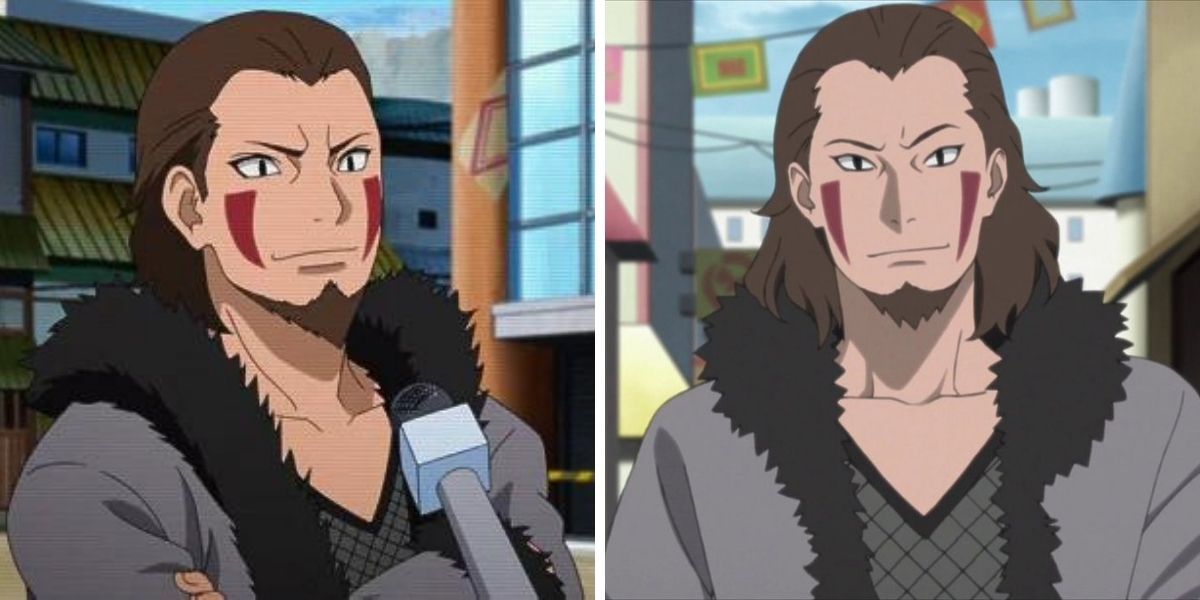 Like Tauruses, Cancers are intensely loyal and committed to their relationships. They’re caring and attentive but can be a bit controlling if they go too far. If they can beat out an Aries, they would be excellent leaders as well.

Cancer’s intuitive traits are a reference to Kiba’s heightened sense of smell. His sensory abilities help him stay alert, but that doesn’t help when his impulsiveness pushes him into altercations. Despite his flaws, Kiba remains attentive to his friends’ needs and is more than willing to jump in to help whenever needed.

8 Leo: Chocho Akimichi Is Vivacious And Enjoys The Spotlight 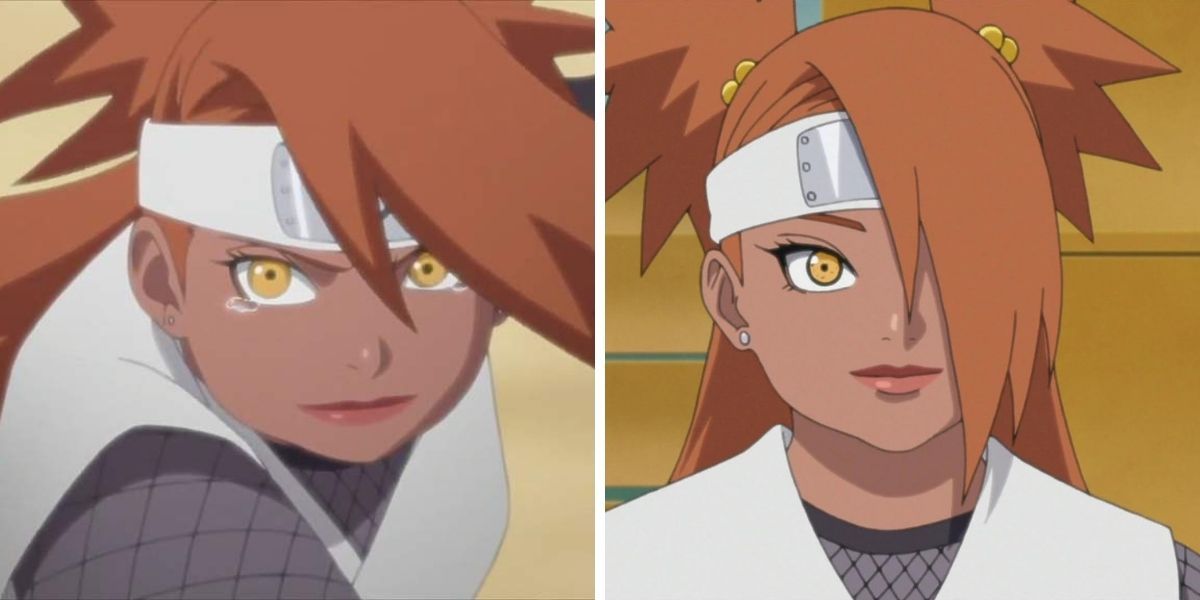 Similar to the Aries, the Leo is a passionate leader-type but with a more vibrant personality. They love having the spotlight and throw themselves into the pleasures of life. Whether it’s food, the arts, or romance, they want it all! But they can be a bit of a diva from time to time.

Like everyone else in the Akimichi Clan, Chocho’s pleasure in life is none other than a good meal with boys coming in a close second. She doesn’t hesitate to turn up her charm with any cute boy that comes her way. There are times when Chocho’s stubbornness overwhelms her father’s doting nature, but she loves him nonetheless. 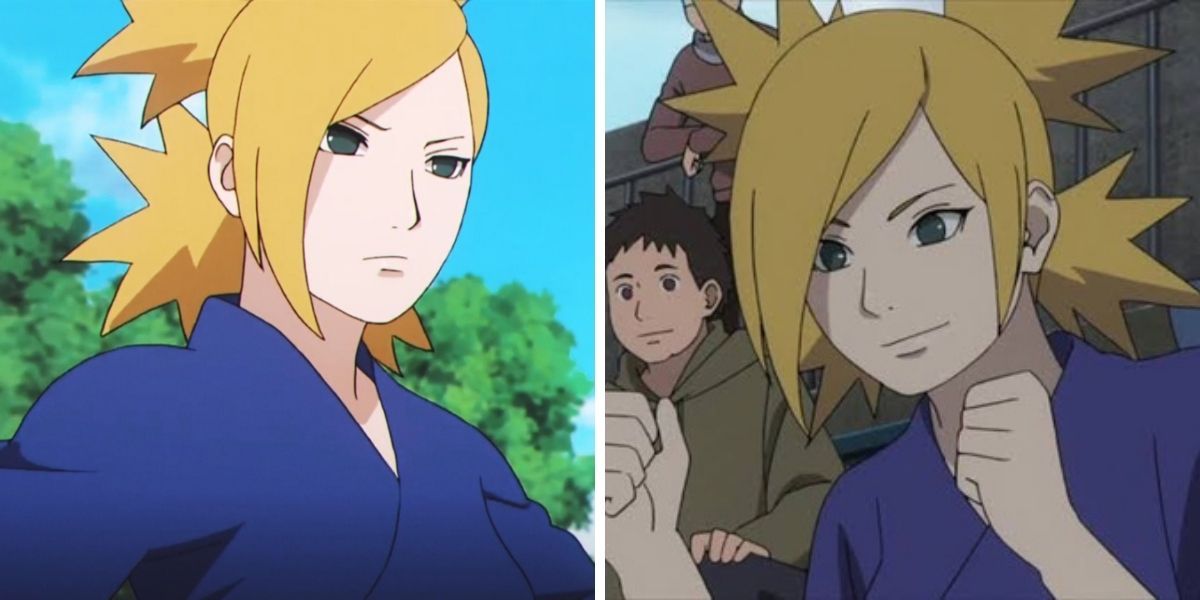 Practical and prudent, Virgos are the most perfection-driven out of the twelve zodiac signs. They are helpful but in a more logical sense, using strategy to guide those in need.

At the beginning of the Naruto series, Temari was stoic and standoffish but was never afraid to speak her mind, even to the point of being cold towards others. However, since her marriage to Shikamaru, she has grown comfortable with the people around her. 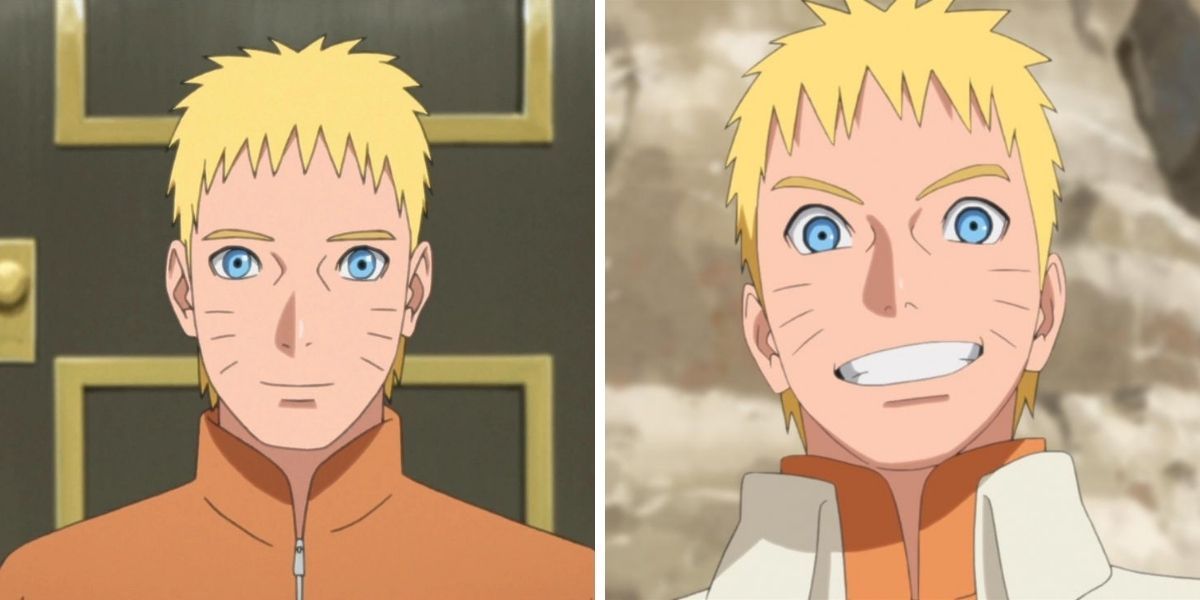 Libras are known to be diplomatic, social, and fair. They believe in equality and balance and strive to reach that equilibrium for everything and everyone around them. They dislike conflict and will do what they can to keep the peace.

Naruto has inherited the Leaf Village’s Will of Fire and has upheld the Third Hokage’s dream of peace. Fans have watched him grow from the precocious troublemaker to the leader of his village. He’s grown much wiser over the years but remains the bright-eyed, cheerful knucklehead he was in his childhood.

5 Scorpio: Orochimaru Is Ambitious And Calculating 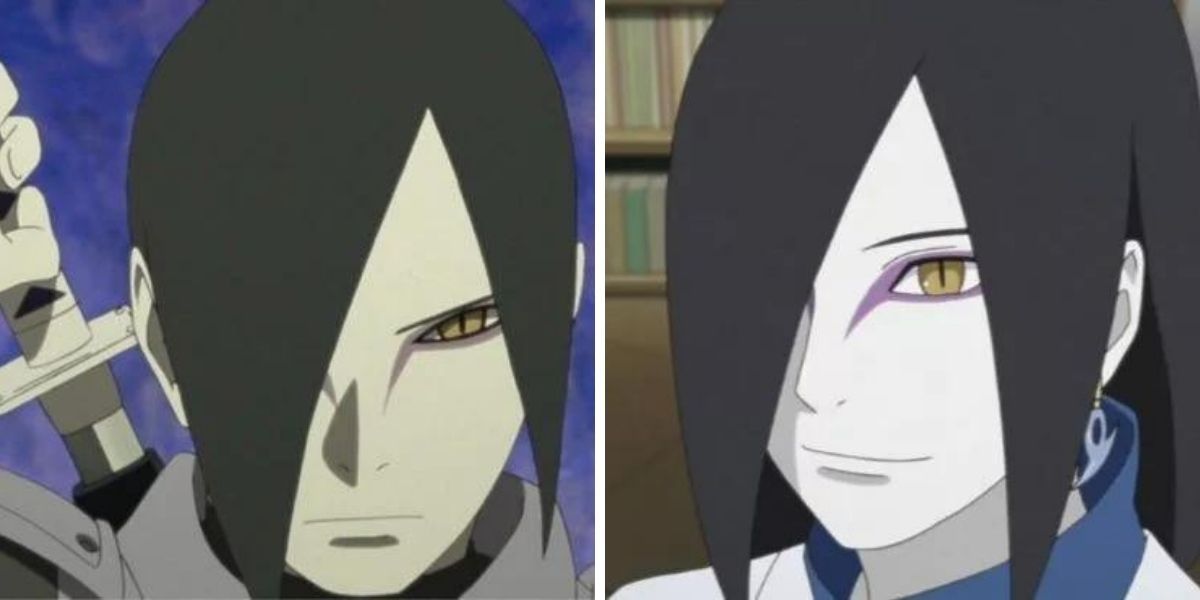 Scorpios are considered misunderstood amongst the zodiac signs due to their calculating nature. Instead, they are relentless about reaching their goals no matter what it takes to achieve them. They lie in wait for a golden opportunity to strike, even if it means taking down any obstacles.

Despite Orochimaru’s not-so-great past, his ambition was undeniable. The destruction and countless deaths brought by the Ninja War hastened his desperate pursuit of knowledge. His research led him down various shady paths, leaving behind a trail of corpses and ruined lives in his wake. But after his defeat in Naruto, Orochimaru now lives a quiet life away from the village; he still harbors a desire for science but not at the sacrifice of human life.

4 Sagittarius: Inojin Yamanaka Isn’t Afraid To Speak His Mind, Even If He’s Blunt 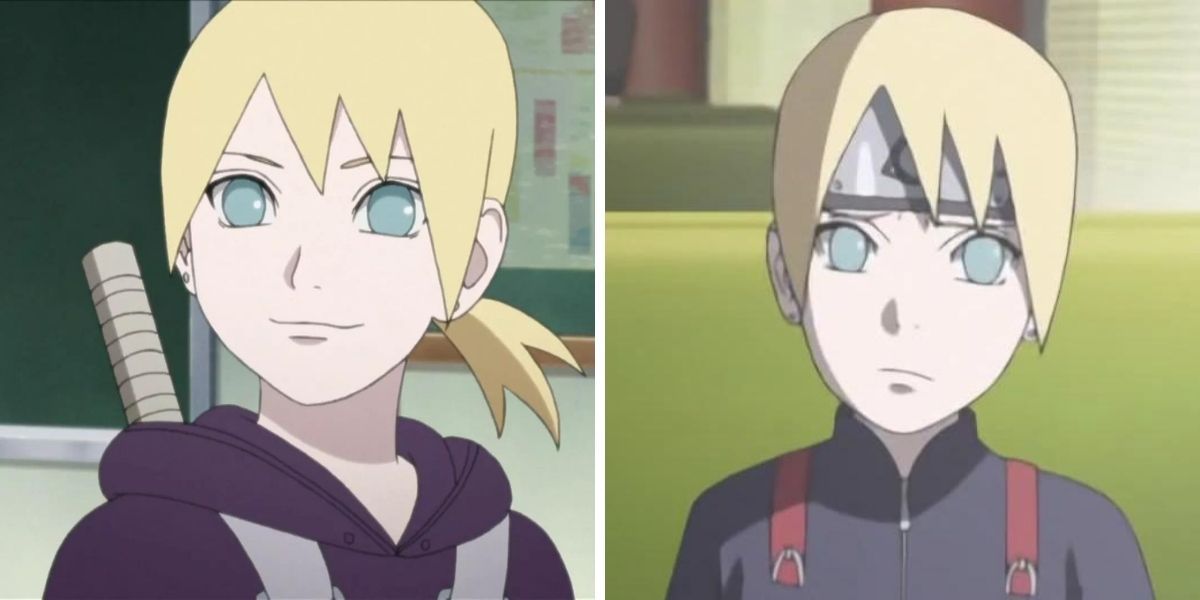 The Sagittarius is a curious and energetic individual that never runs out of wit. They don’t hesitate to say whatever’s on their mind, no matter what it may be and to whom. Their tongues have no filter and sometimes the worst timing. In some cases, they may let their wit get the better of them and may come off as arrogant.

Inojin is Chocho and Shikadai Nara’s team member. He’s not afraid to say whatever comes to mind, so his bluntness can come off as condescending. He’s very much like his father, Sai, in that regard. But he’s the most obedient and reasonable out of his teammates, inheriting his team spirit from his mother, Ino.

3 Capricorn: Konohamaru Sarutobi Is Disciplined But Cares Deeply For His Comrades 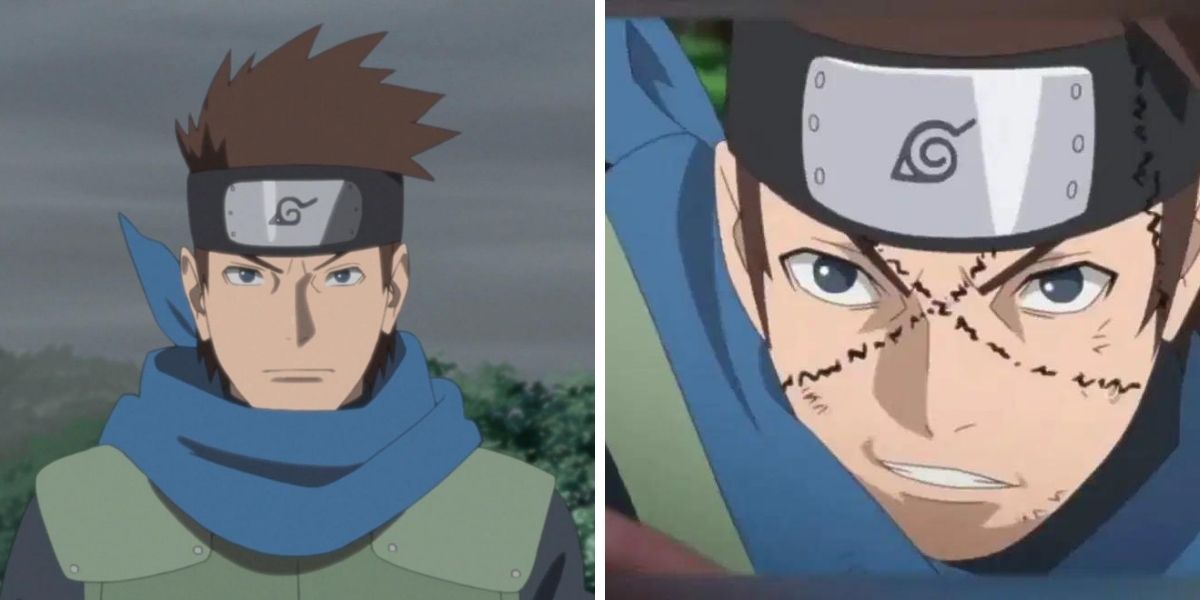 Capricorns can come off as stoic and independent individuals. They’re polite and exhibit incredible amounts of self-control compared to the other zodiac signs. However, they may come off as a know-it-all but not intentionally. Those who are close to Capricorns will know that they’re not that hard to get along with.

Konohamaru is the grandson of the late Hiruzen Sarutobi, the Leaf Village’s Third Hokage. He debuted as a spoiled prankster like Naruto but grew up into a more responsible and disciplined young man. He cares deeply for his students, Boruto, Sarada, and Mitsuki, and still holds Naruto in high regard. However, Boruto can drive him crazy with his impulsiveness from time to time. 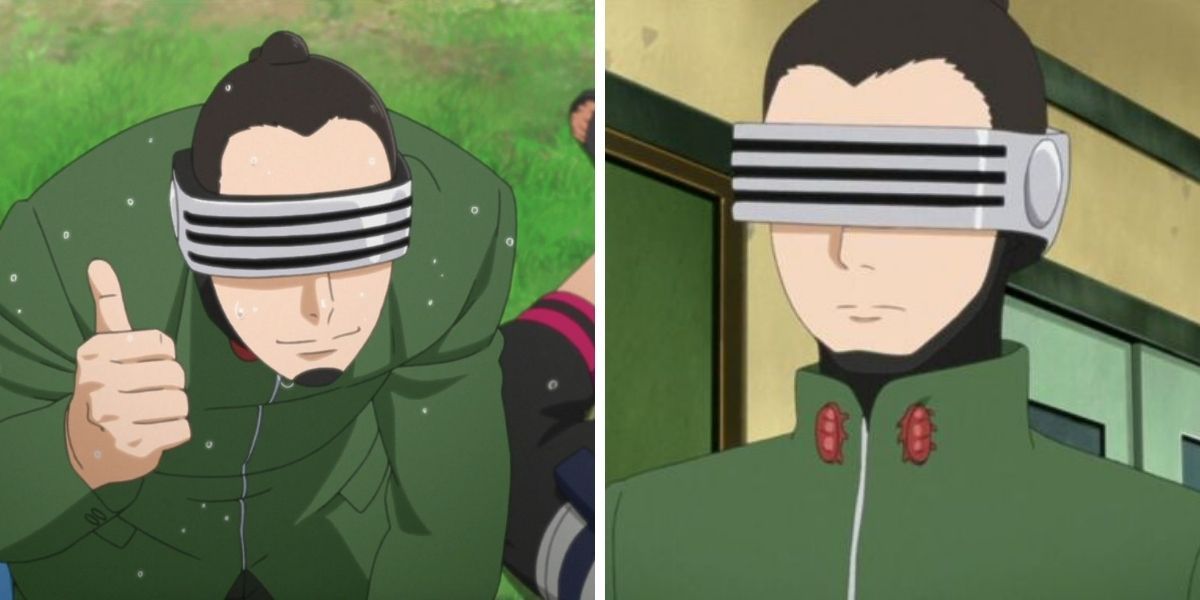 Aquariuses are the most humanitarian individuals, believing in both independence and individuality. They admire freedom more than anything and can quickly adapt themselves to any situation. But that doesn’t mean they aren’t in tune with their surroundings.

A former member of Team Kurenai, Shino was the calculated “weird kid” of his group. However, he has a strong bond with his teammates and does what he can to keep them out of trouble. His matter-of-fact personality can get him into fights with the hotheaded Kiba, but that doesn’t mean he doesn’t care.

1 Pisces: Tenten Will Rush To Help Anyone In Need 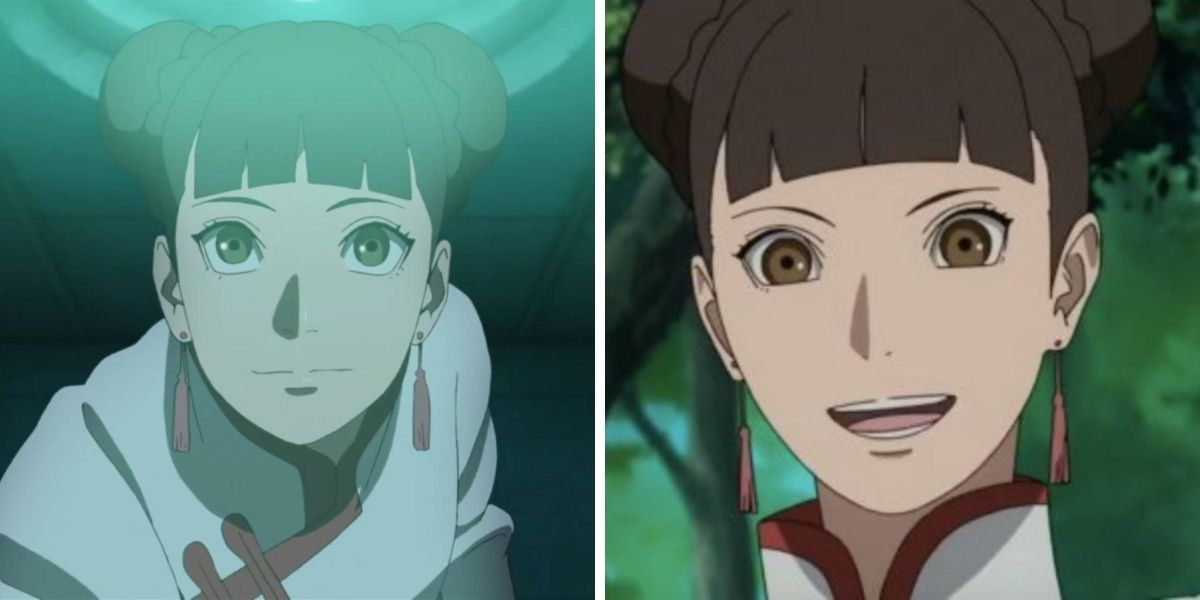 A Pisces is gentle and the most spiritually intelligent. They love being around people and creating long-lasting relationships with anyone they meet. They are also very selfless individuals, willing to drop everything to help someone.

Even amongst her overpowered teammates and mentor, Tenten can still hold her own on the battlefield. She’s curious, observant, and independent, believing that women can be just as strong as men. Tenten has a big heart for her teammates and is always willing to lend them a hand, even though she gets annoyed by their occasional antics.