Catchphrases, mottos, and slogans all serve the same purpose of making punchy, memorable statements that succinctly describe whatever they’re attached to, whether that be a product or a character. For anime characters, catchphrases tend to encapsulate their personalities or goals. It might be a verbal tic, a statement of intention, or a way to express frustration, but they all have the effect of making the character memorable and easy to understand.

When the intention for a creator is to sell their idea, catchphrases are handy tools that will make their works stand out in the minds of readers and foster future sales. There are a plethora of unique catchphrases for anime characters who are just as memorable as their favorite lines.

10 “Believe It!” – Naruto Uzumaki From Naruto 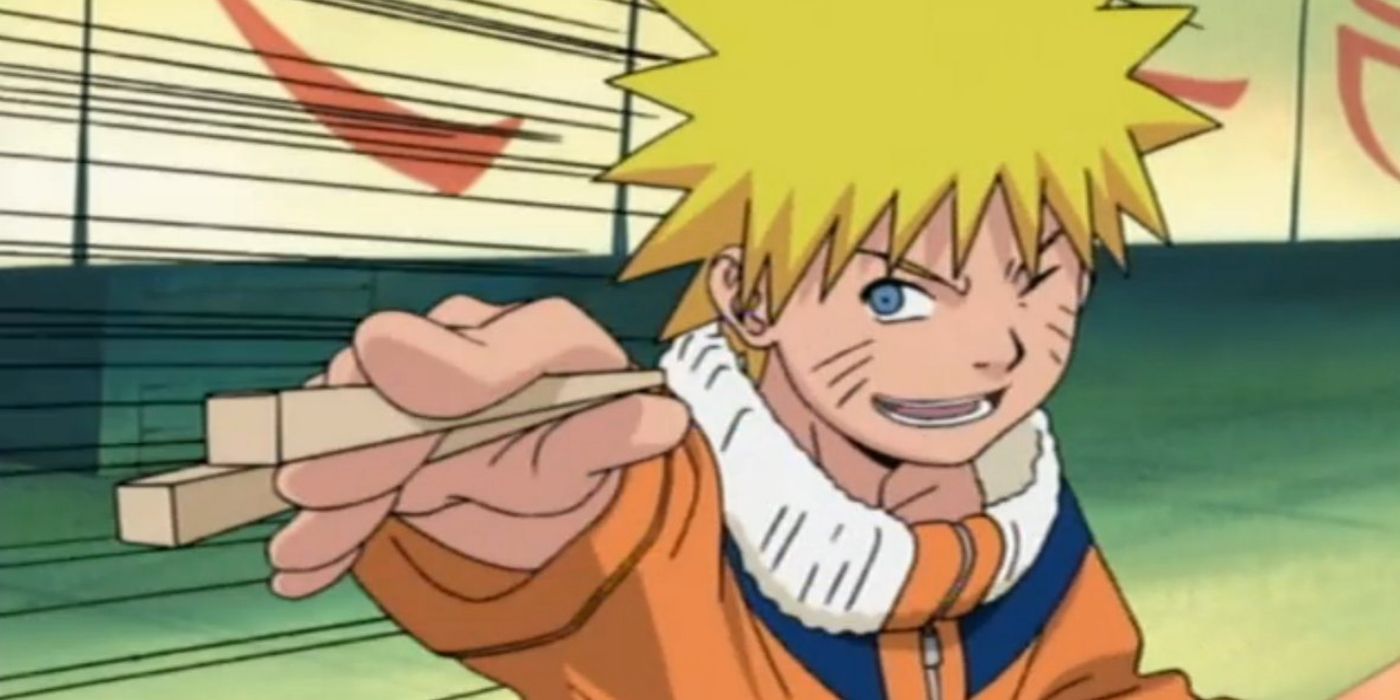 Interestingly, this catchphrase is a dub-only phenomenon. The original Japanese word for this phrase is more of a verbal tic: “dattebayo.” “Dattebayo” doesn’t have a literal translation and instead indicates a sense of enthusiasm and energy. In Japanese, it’s common to end a sentence with “desu” or “ka” to indicate what kind of statement it is. Anime and manga creators use this linguistic rule to add spice to a character’s speech pattern by giving them a more unique phrase, sort of how a cat-like character might end their sentences with “nya,” indicating a cat’s meow while standing in for the typical “desu.”

Since “dattebayo” couldn’t be reliably translated, it was transliterated to “Believe it!” instead, giving Naruto the same kind of energetic punch in his speech style while simultaneously having it make sense to English-speaking audiences. 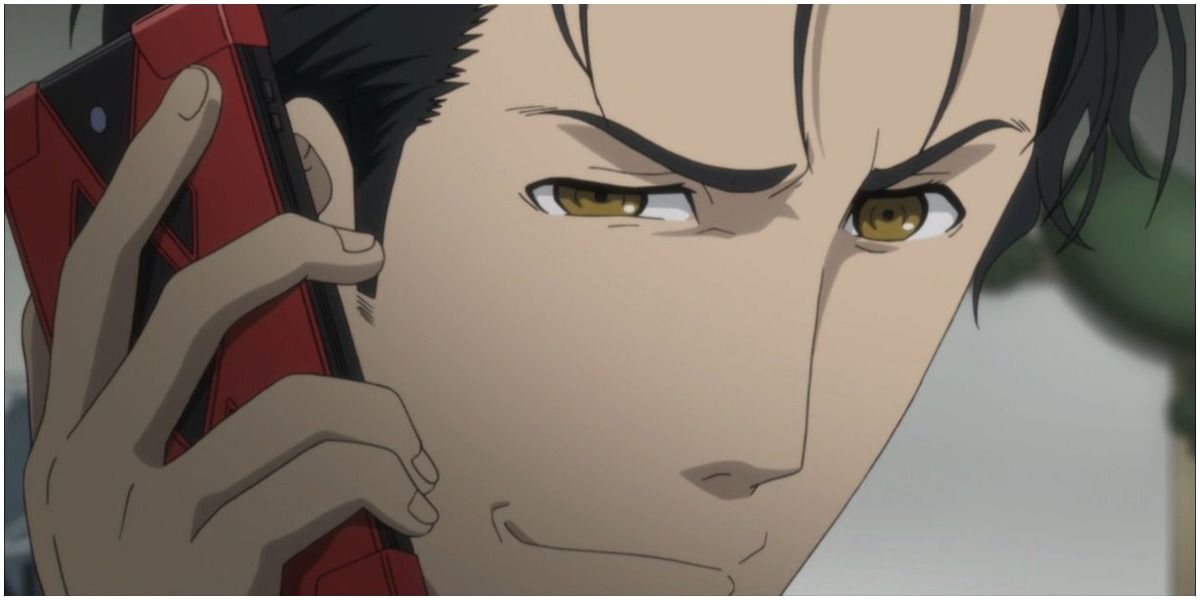 This nonsensical phrase is uttered by Rintaro Okabe whenever he finishes his make-believe conversations with the Organization. While it’s not officially stated what, exactly, “el psy kongroo” means, there are some fan theories out there that take a crack at deciphering it. One possible answer is a mishmash of grammatically incorrect Latin and Spanish with the resulting translation being something like, “the mind agrees,” or, “the mind is congruous.” Other interpretations include references to the @channel meme “La Yohasoh Steana” or possibly the code phrase given by supposed time traveler John Titor, “Tempus edax rerum,” meaning “Time, the devourer of all things.” 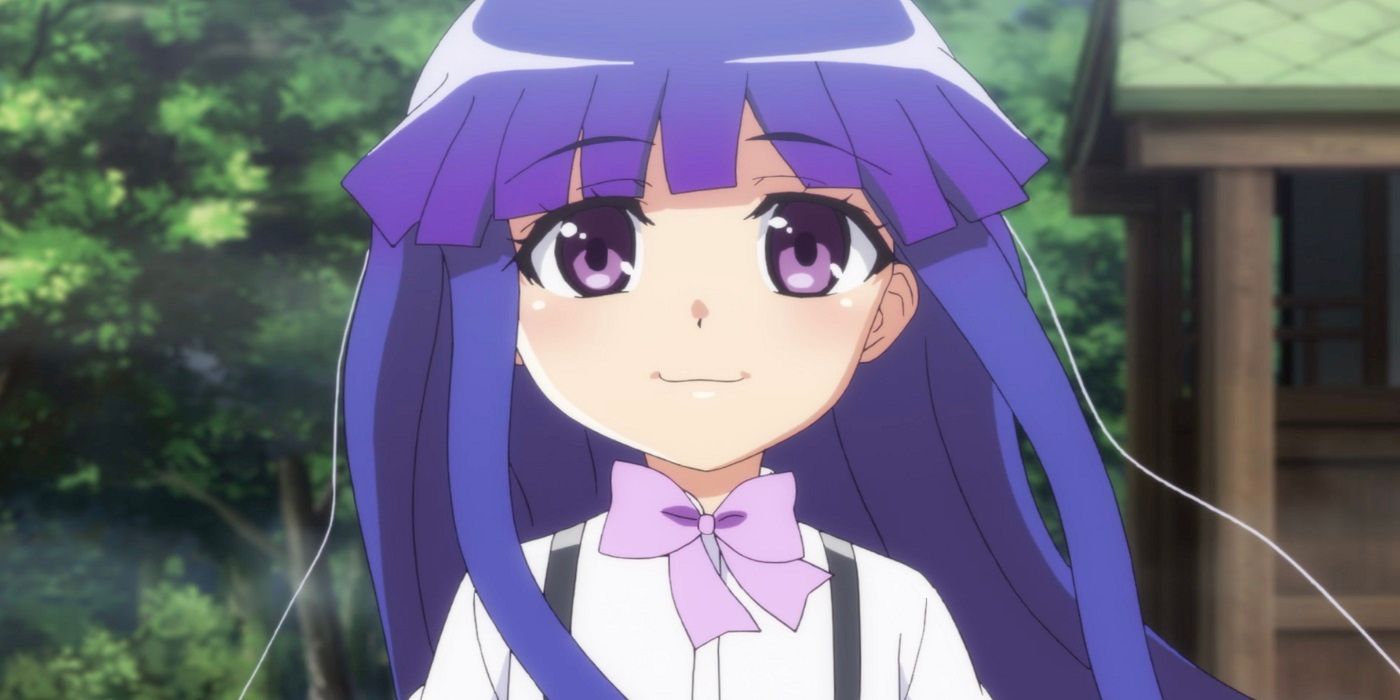 Like many other anime character phrases, “nipah” is a verbal tic that has its roots in the characteristics of the Japanese language. Many Japanese verbal tics in anime and manga don’t have clear definitions or meanings and instead need to be intuited through the character’s archetype.

Rika Furude is portrayed as an even-tempered, mature, and cheerful girl, and her speech patterns attempt to underline those traits. “Nipah” has been portrayed as a happy verbal tic that’s meant to indicate smiling or happiness, or perhaps something to smooth over a potential conflict. 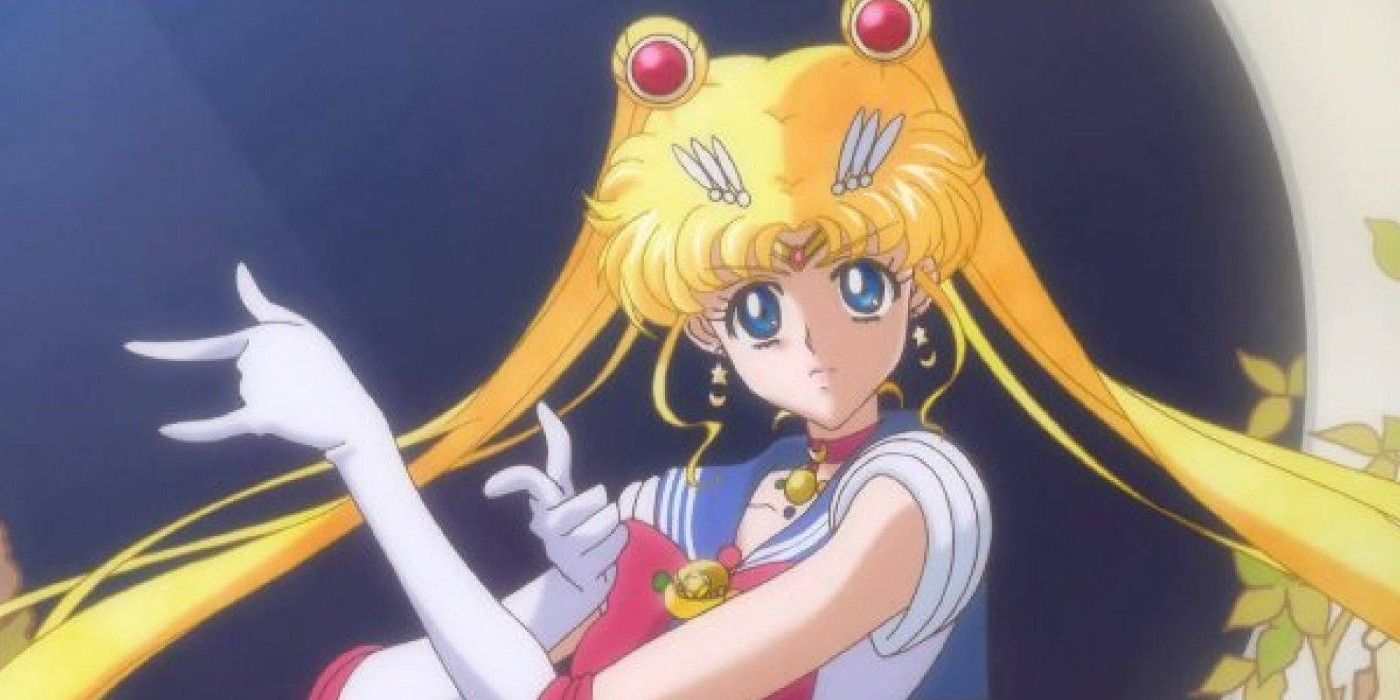 Perhaps one of the most famous anime character catchphrases to ever be uttered, Sailor Moon combines its themes nicely into this phrase. Usagi Tsukino might be a bit of a coward and a crybaby in her civilian attire, but when she transforms into Sailor Moon, she’s meant to become a hero who protects Earth. It’s unclear whether this phrase is part of her transformation spell or if it’s just to fortify her courage for the upcoming fight, but what is clear is how it’s stuck in the anime vernacular. 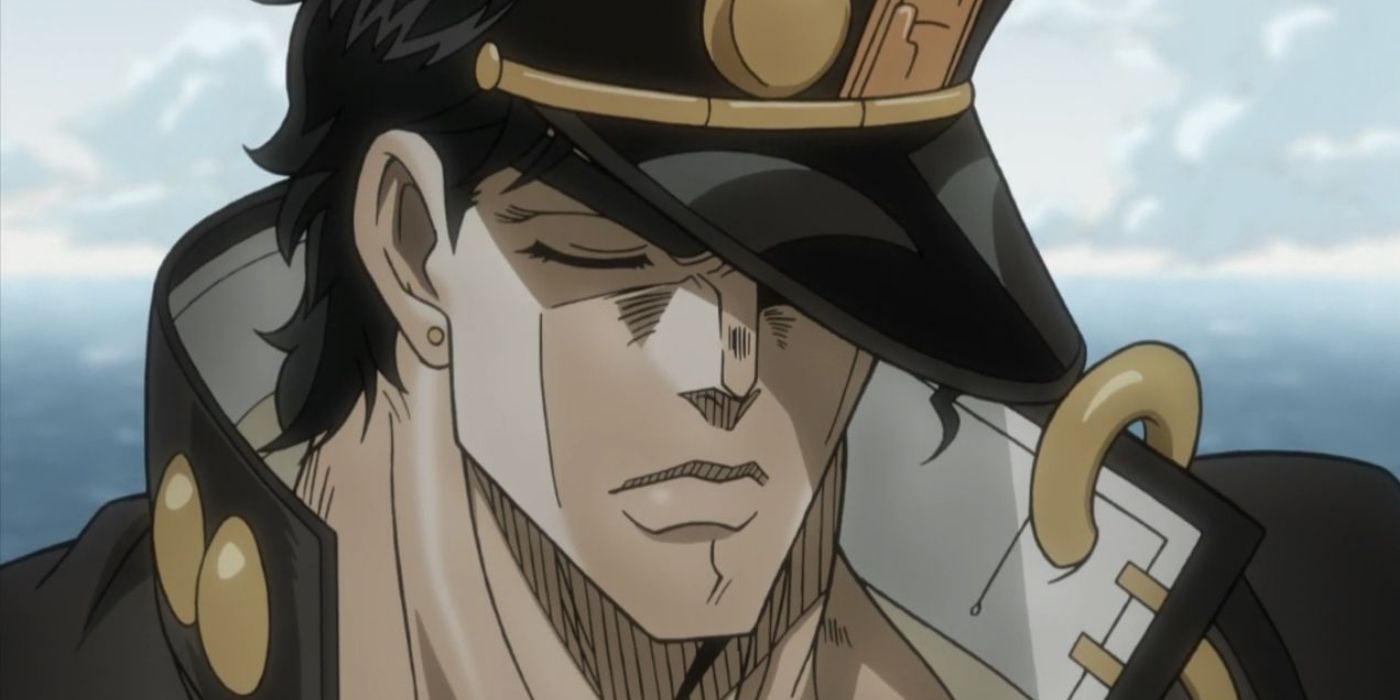 The original Japanese phrase is “Yare yare daze” and carries a few different connotations depending on the context of the conversation, but for Jotaro’s purposes, “Good grief” works just fine as a transliteration. Jotaro often utters this phrase after he’s managed to get through an annoying or troublesome situation, or sometimes even before one occurs. Since Jotaro is a man who’s got little patience for nonsense or beating around the bush, this phrase fits him quite nicely.

5 “I’m Gonna Become The Pirate King!” – Luffy From One Piece 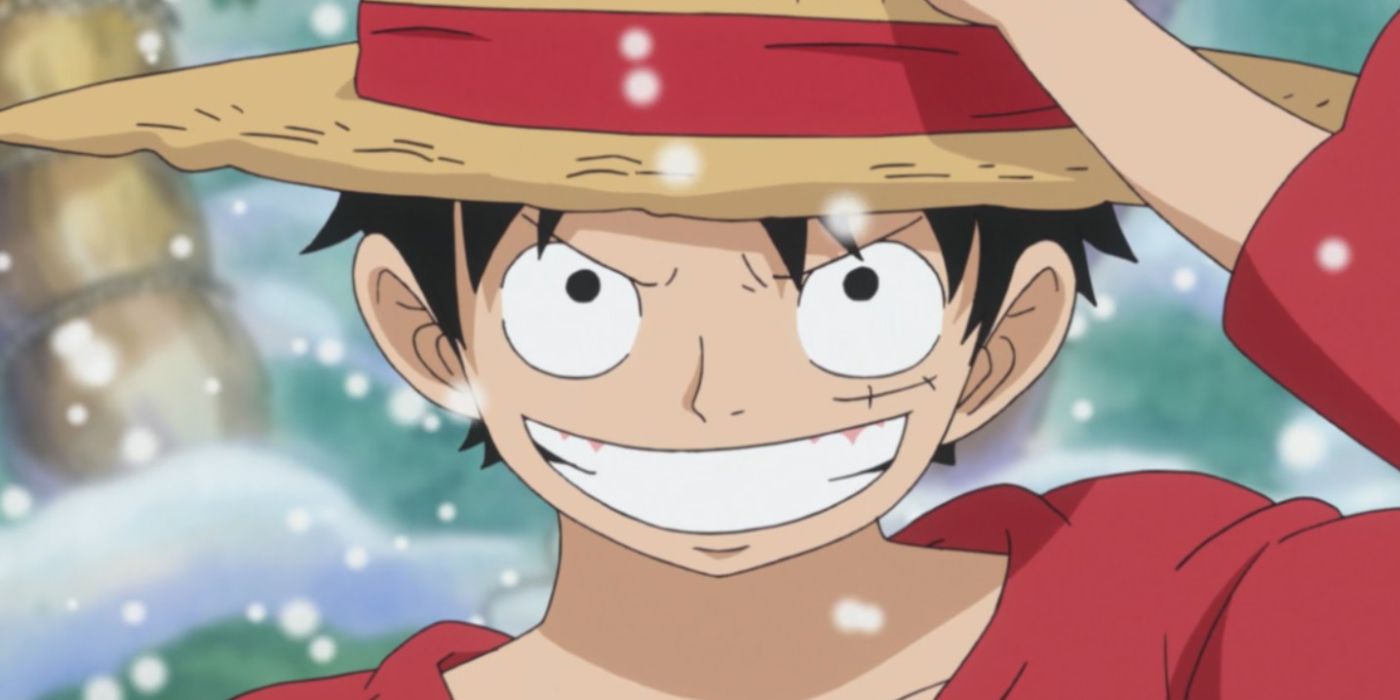 The entire plot of One Piece lies in this simple phrase while simultaneously encapsulating Luffy’s aspirations. Luffy utters this phrase a few different ways in the series, but it always carries the same meaning. He aims to be the King of Pirates and plunder the legendary One Piece treasure left behind by previous Pirate King Gol D. Roger. Luffy’s signature catchphrase undoubtedly carries the scent of excitement and adventure that One Piece aims to present to its viewers. 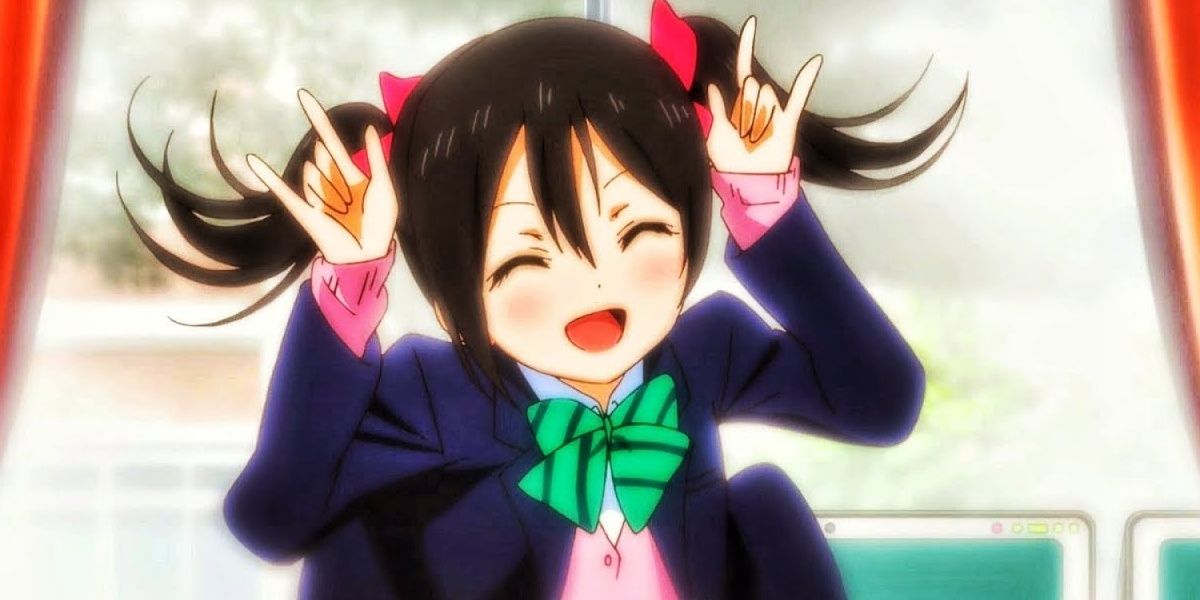 This catchphrase has multiple layers. It’s a pun on Nico’s name that also translates to “smile” and works as Nico’s special idol catchphrase, encapsulating how seriously Nico Yazawa feels about being a successful idol. She even devised a special gesture to go along with the phrase to make it stick in the minds of her audience.

Furthermore, Nico is the only character of the original Love Live! anime who patents her own unique catchphrase. Her hard work paid off since this catchphrase has become pretty popular with Love Live! fans. 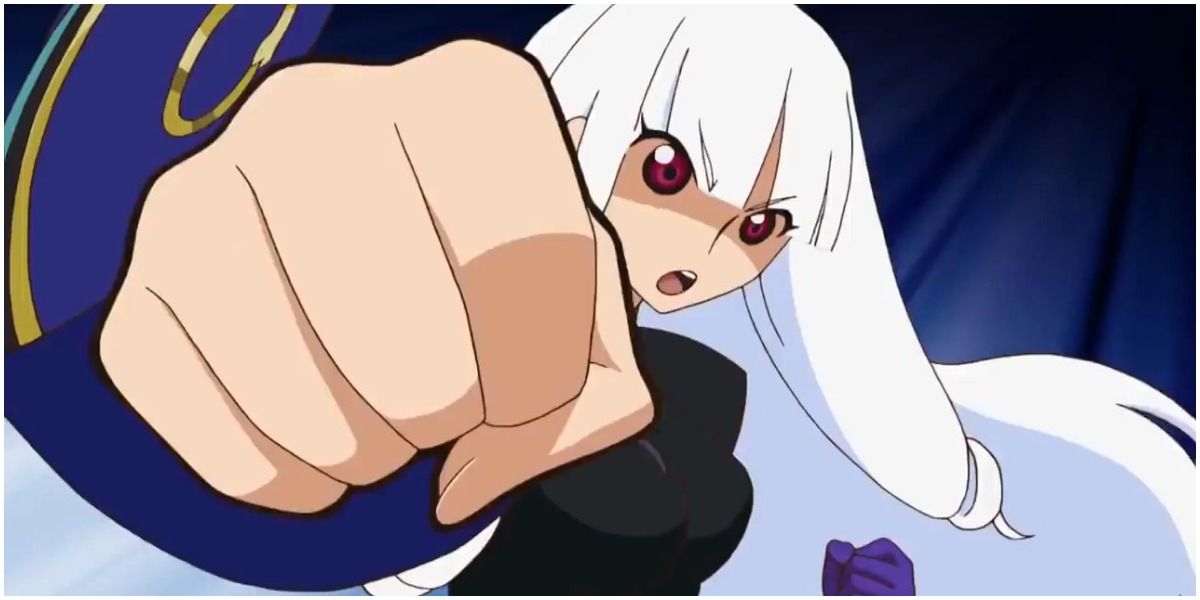 Togame literally refers to “cheerio” as her catchphrase early in the series and claims it’s a saying from the Satsuma domain in Kyushu, Japan. The series’ narrator, however, quickly interjects and explains that Togame is mistaken. Togame is thinking of the phrase “chesuto,” which is used to raise one’s spirits. She goes on to explain that “cheerio” is a foreign term meaning “farewell,” indicating that the word originates from Britain. Nevertheless, Togame’s confidence in her catchphrase makes her an endearing character with a memorable slogan. 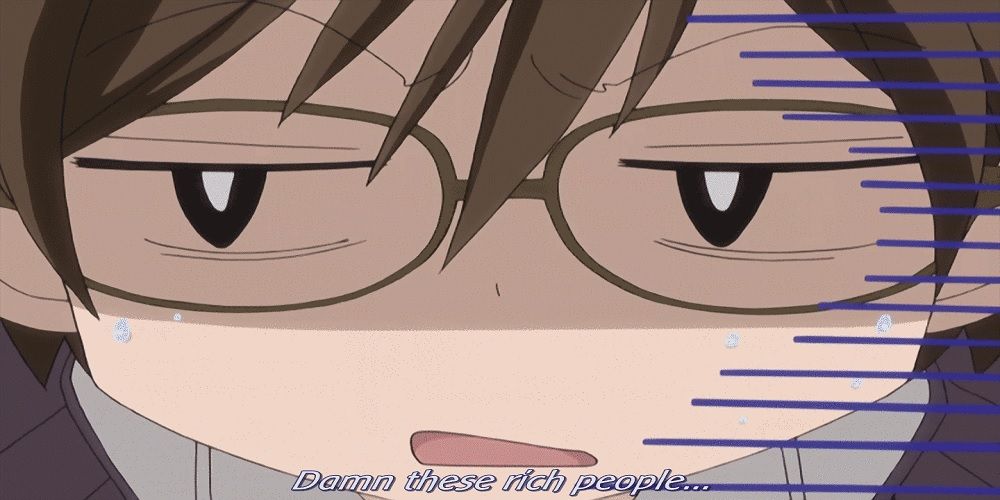 Being the poorest student at the prestigious Ouran High School, Haruhi Fujioka has life experience that most of her classmates don’t. For example, she has to work for her money and maintain good grades to keep the scholarship that funds her education. So, whenever Haruhi becomes emotionally overwhelmed by the naivete and extravagance of characters like Tamaki Suoh, she can’t help but express her frustration toward the wealthy elite who seemingly cruise through life without a care.

1 “Who The Hell Do You Think I Am?” – Kamina From Tengen Toppa Gurren Lagann 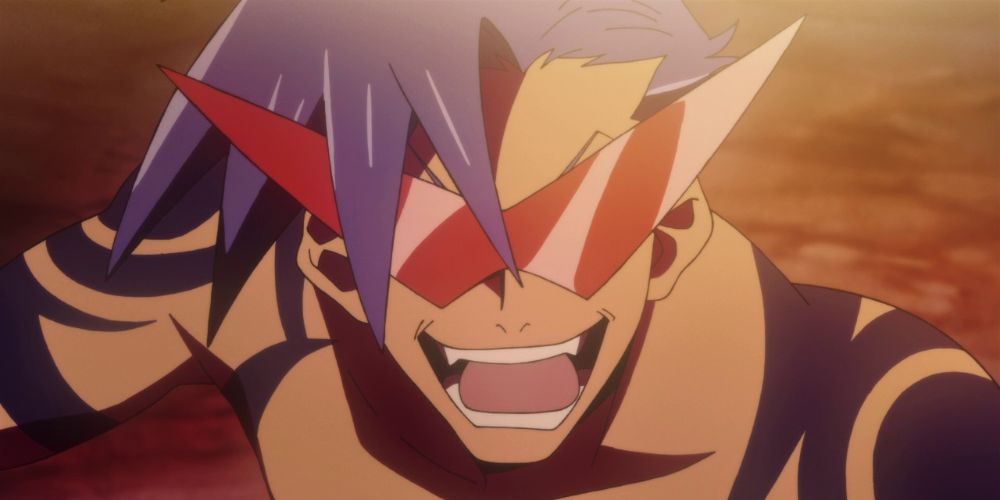 Although this phrase has been uttered several different ways by Kamina in Tengen Toppa Gurren Lagann, it’s always used to underline his bravado and faith in himself and his allies. “Who the hell do you think I am?” has gone down in recent anime history as one of the coolest catchphrases to ever be spoken, making Kamina an icon of manliness and courage. Moreover, it’s a powerful line that not only galvanizes Kamina but also strengthens the resolve of those following him.