Chakra and Nen offer the basis to obtain great power in the worlds of Naruto and Hunter X Hunter, respectively. Chakra is the combination of a person’s spiritual and physical energy and is incredibly important to perform any sort of jutsu.

Nen, on the other hand, is a power that lets the people in the world of Hunter X Hunter manipulate their life force, called aura, to mold into various techniques. While there are quite a few differences between the two power systems, interestingly enough, some abilities that they produce are incredibly analogous to each other.

9 The Shadow Clone Jutsu Is Similar To Kastro’s Double 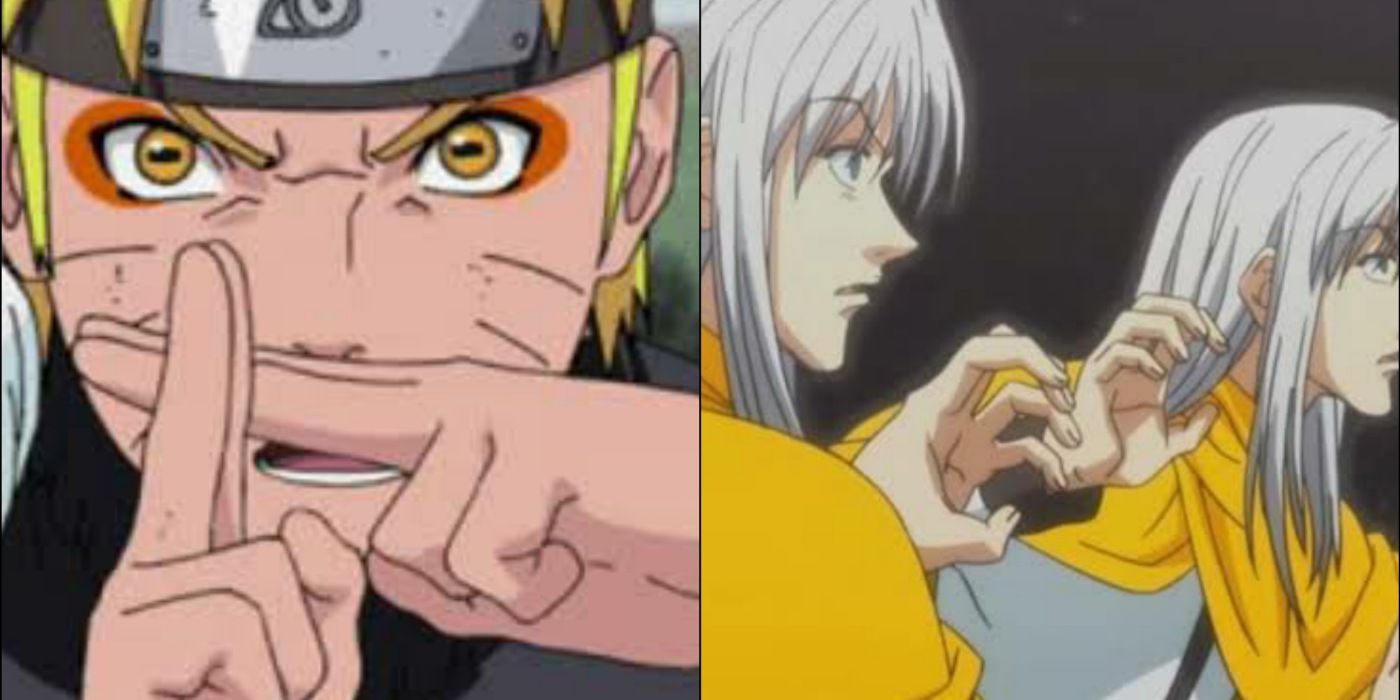 Created by Tobirama, the Shadow Clone Jutsu is one of the most influential techniques in all of Naruto and can be called the signature jutsu of Naruto Uzumaki himself. It allows him to clone himself as many times as he wants, depending on how much chakra he expends while doing it. Hunter X Hunter‘s Kastro was able to perform a similar technique, called Double, using Conjuration and Manipulation types of Nen to create a clone of himself. 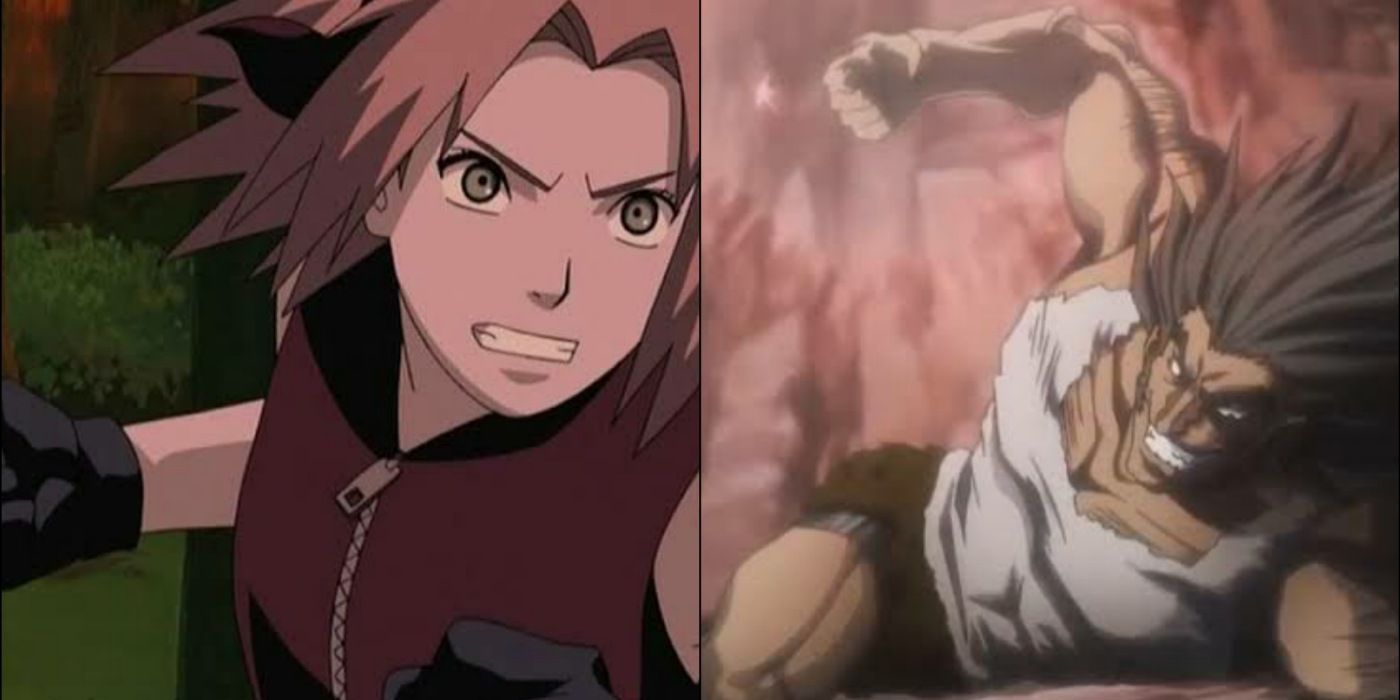 Used by many shinobi in the Naruto world, Chakra Enhanced Strength is a technique that requires a great deal of chakra control and allows the user to increase their strength drastically. Proficient users like Sakura and Tsunade get so strong that even a single punch from their fists becomes lethal. This eerily parallels how enhancement techniques work in Hunter X Hunter, as seen with the likes of Big Bang Impact used by Uvogin, among many others. 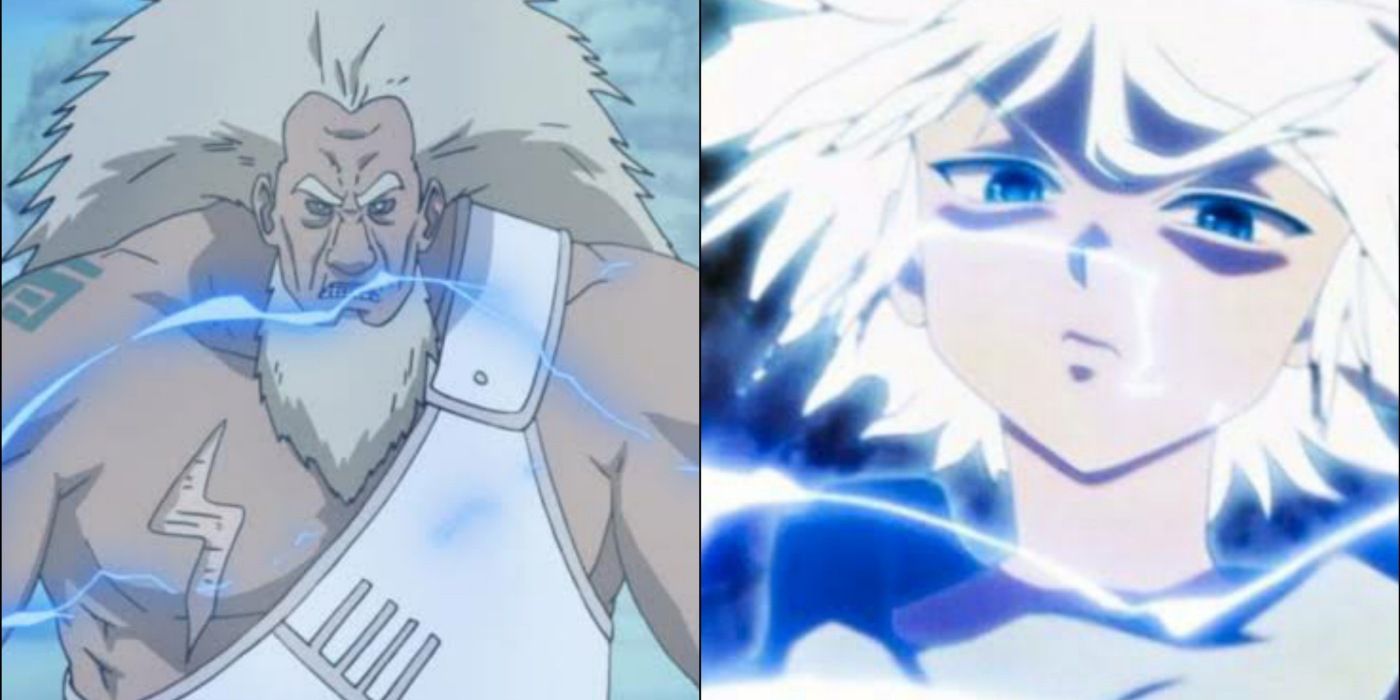 Used by Kumogakure’s Third and Fourth Raikage, the Lightning Release Chakra Mode is a powerful technique that drastically boosts the durability of the user along with increasing their physical and reaction speed to sky-high levels. This technique makes them fast enough to avoid the keen gaze of the Sharingan and evade techniques like the Amaterasu. Killua’s Transmutation type ability, called Godspeed, is quite similar to this technique, also boosting his reflexes and dramatically increasing his speed. 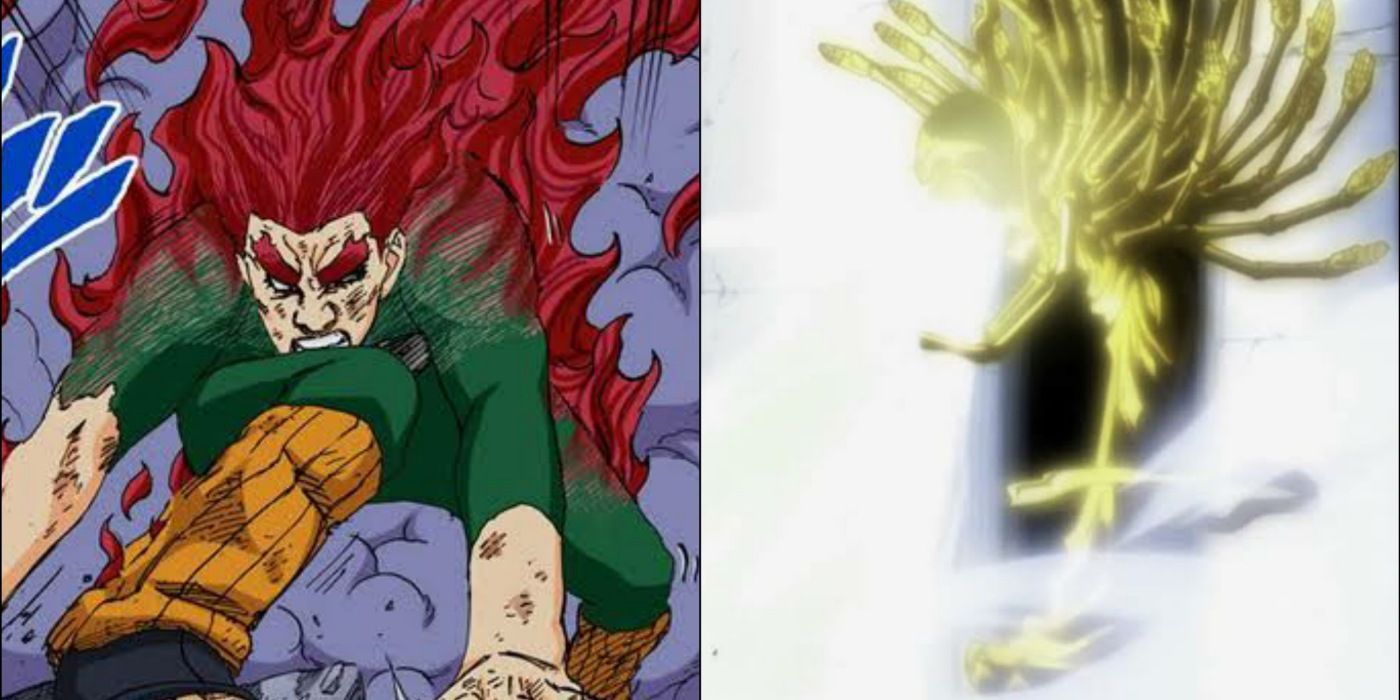 Using the power of the Eight Inner Gates, Guy was able to match Madara Uchiha in combat and even overwhelm him in certain instances. His strongest technique, known as Night Guy, accumulated all the power that he had within him and unleashed it on Madara, leaving him on the brink of death.

Interestingly, Netero’s strongest technique, known as Zero Hand, was also a last resort technique that saw him utilize every bit of his aura and fire it at Meruem. Ultimately, both Guy and Netero’s techniques failed to take down the enemy for good. 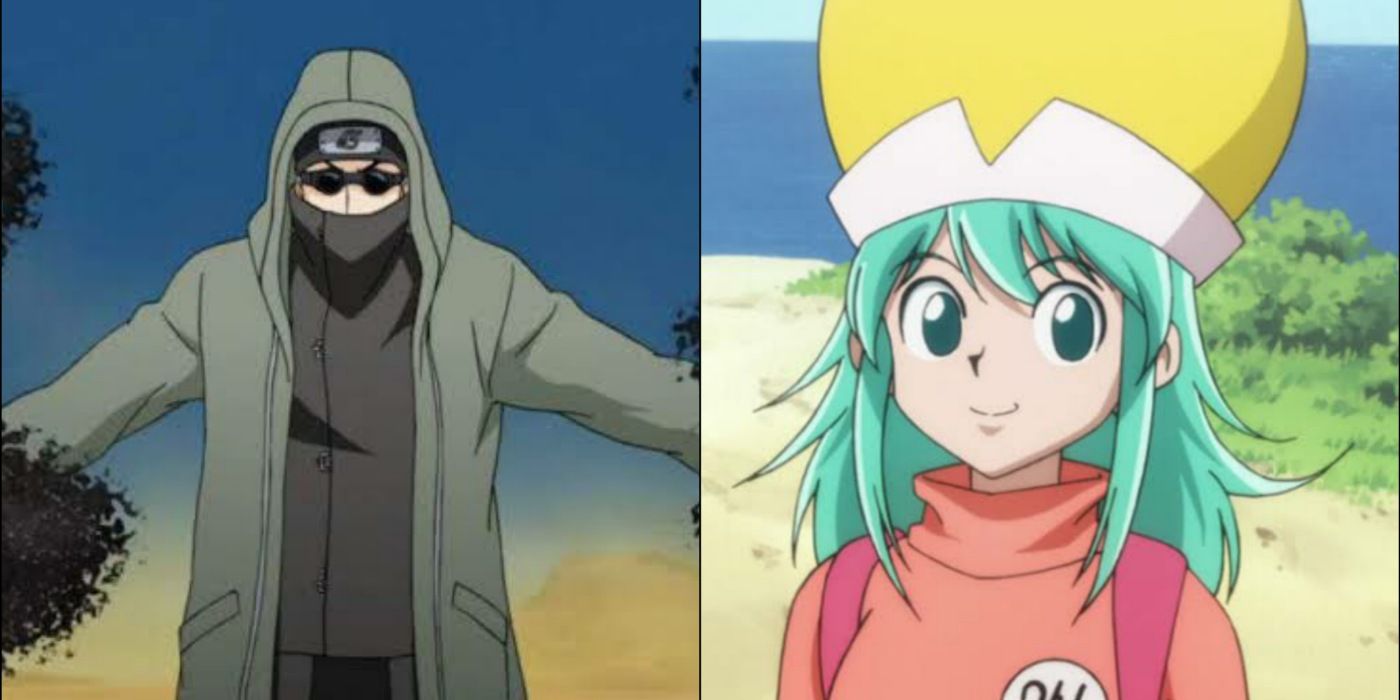 As a member of the Aburame Clan, Shino was granted a special bug, called the kikaichu, at birth. Growing up, Shino learned to make use of this skill in battle and utilize it in a multitude of ways, such as tracking, draining chakra, or even delivering messages. While Ponzu didn’t have the power to control different bugs like Shino, she was able to control bees to attack others and send messages as well. Unfortunately, the true extent of her abilities remained unknown. 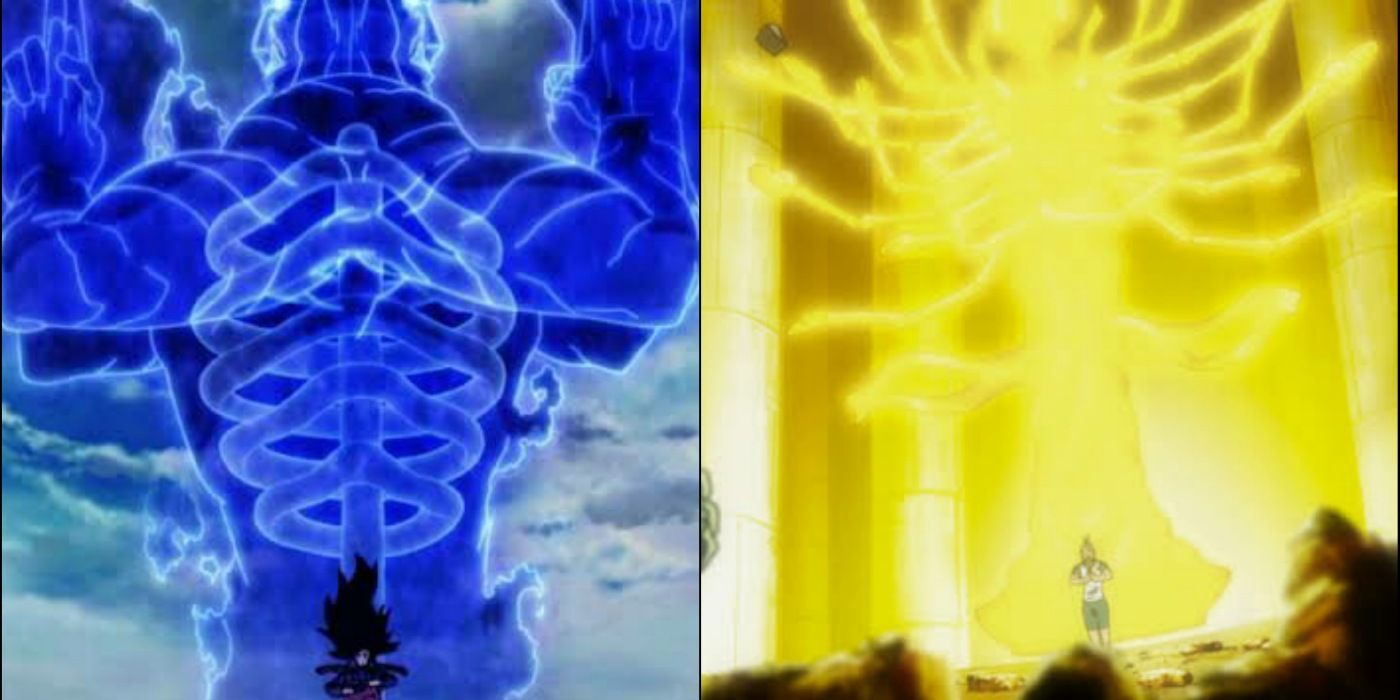 Thanks to the power of the Mangekyo Sharingan, the Uchiha clan members can tap into the power of the Susanoo, which is a large humanoid created out of their chakra. The Susanoo is capable of fighting on their behalf and dealing incredible damage, along with being able to defend.

Isaac Netero, the strongest known Hunter, was able to use a technique akin to the Susanoo called the 100-Type Guanyin Bodhisattva. Using this ability, he could summon a giant construct with arms capable of fighting on his behalf. Thanks to the grueling training that Netero underwent in his prime, he could perform attacks in less than one-tenth of a second. 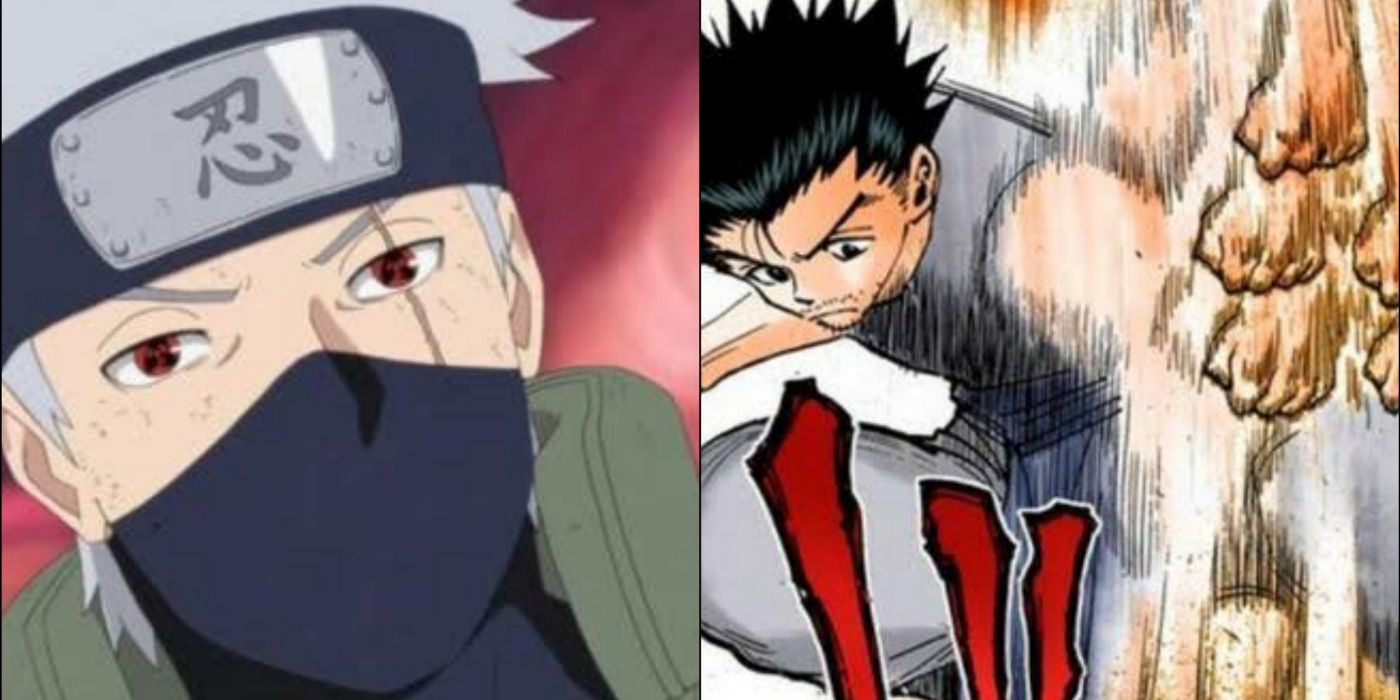 The Sharingan, one of the Three Great Dojutsu in the Naruto world, is an incredibly powerful kekkei genkai. This eye has many incredible powers, one of the greatest of which is to copy the techniques of others, unless they’re kekkei genkai or hiden jutsu.

Ging Freecss is known to possess a talent to copy any technique that he’s been hit with, however, he claims it’s not a Nen ability. Nonetheless, to utilize said techniques, Ging has to make use of Nen, as seen when he copied Leorio’s Remote Punch on his first attempt. 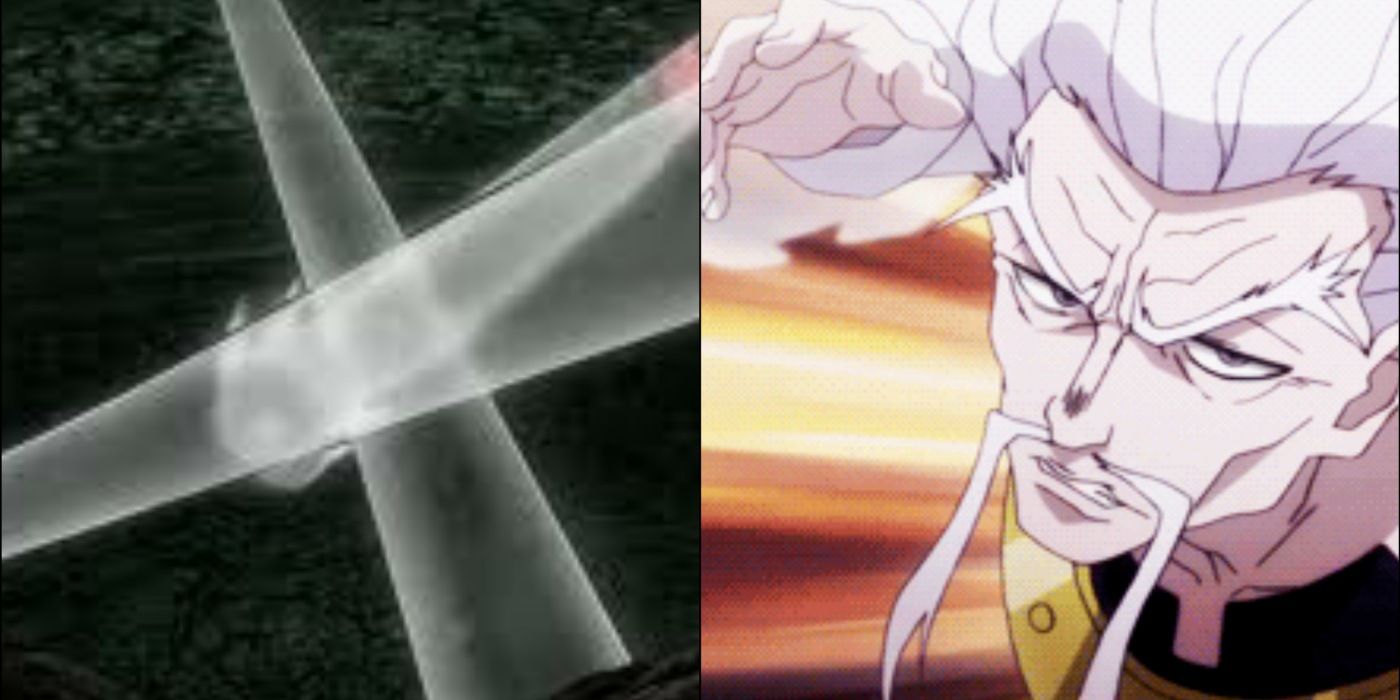 Might Guy is one of the strongest taijutsu users in the Naruto series, if not the strongest. During the Fourth Great Ninja War, Guy opened all Eight Inner Gates to increase his physical abilities drastically. He could perform techniques such as the Sekizo, a cannon of air pressure strong enough to damage even the Ten-Tails jinchuriki, Madara Uchiha.

Zeno Zoldyck, one of the strongest characters in Hunter X Hunter, can perform a comparable — albeit much weaker — technique called Aura Blast. This cannon of aura was shown to be powerful enough to knock back a skilled fighter like Chrollo. 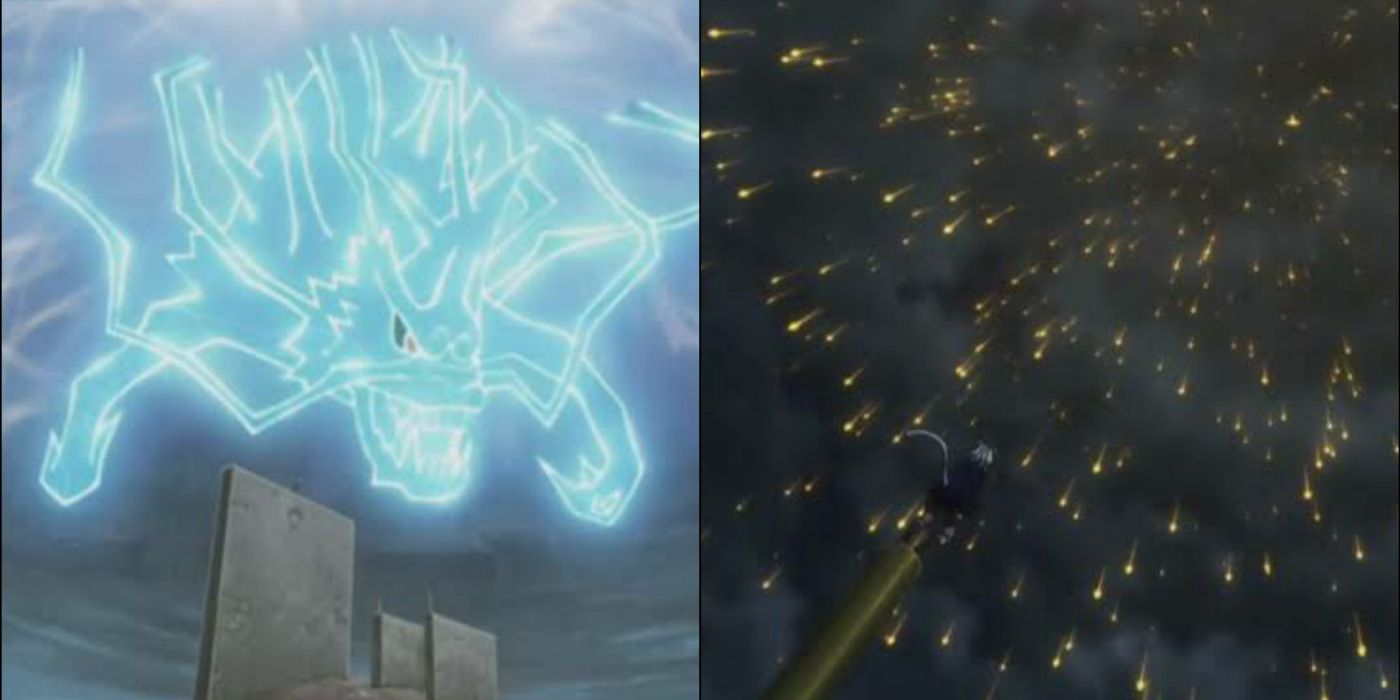 After training relentlessly under Orochimaru, Sasuke was able to gain tremendous power and even create a bunch of his own techniques, the strongest of which was Kirin. By manipulating the weather to create thunderclouds, Sasuke could summon a natural thunderclap from the sky that struck in 1/1000th of a second.

Zeno’s Dragon Dive is a similar technique as he, too, strikes from above the enemy. Instead of just one strike, Zeno rains down a barrage of aura dragons towards the target. However, this technique doesn’t hold much power, as it was easily dealt with by Meruem’s Royal Guards.

Naruto: 10 Things Ino Can Do That Sakura Can’t