Shikaku Nara is arguably the most involved father in Konoha. As fans became familiar with the Kohoha 11, it was not only exciting to see their personalities and abilities, but to also watch them develop. Understanding that these traits are specific to their clans, it was thrilling whenever the elders or parents of the main characters made an appearance, especially in battle.

Many of the parents of the Konoha 11 were rarely shown; some never, like Rock Lee or Tenten’s parents. However, Shikaku is frequently shown as a loving and caring father that had a strong presence in Shikamaru’s life. He was always there for his son, and aside from Asuma, was the most influential male figure in his life.

10 He Brought Shikamaru In During Important Meetings 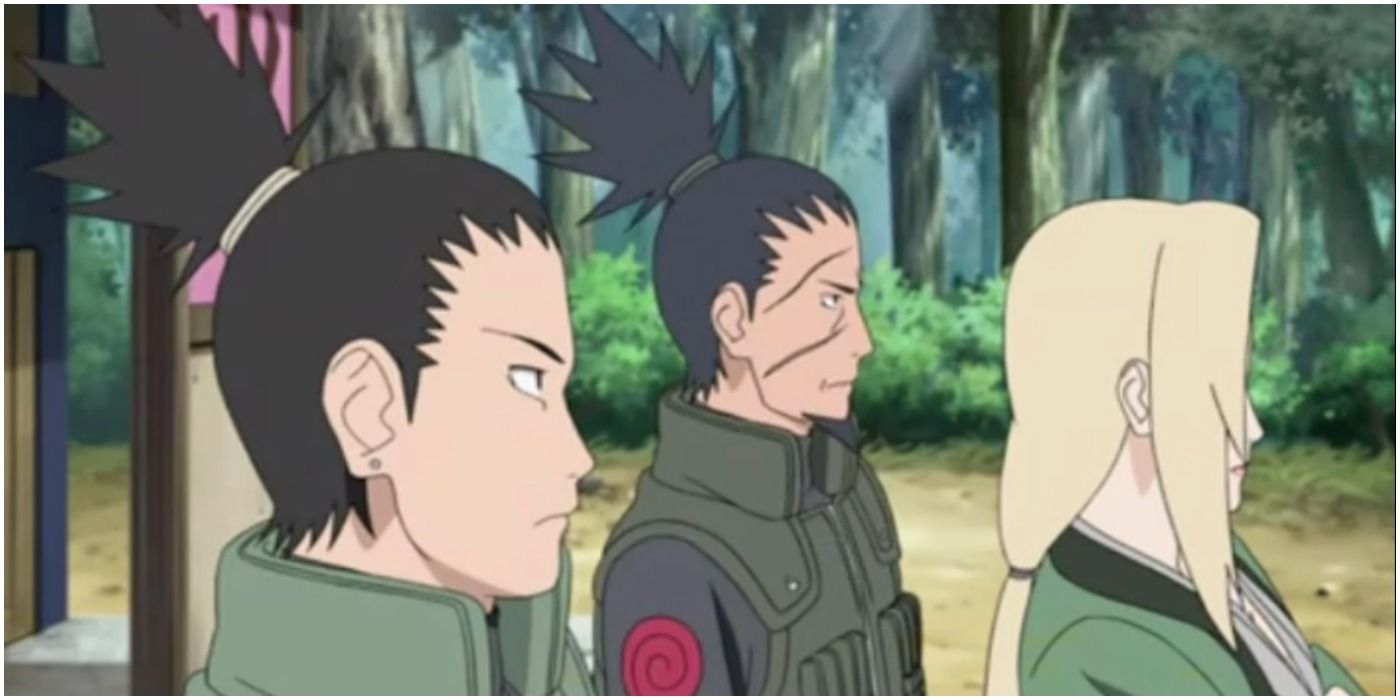 Shikamaru Nara is recognized as a brilliant shinobi. Though inherently uninterested in hard work, analytics and battle strategy come naturally to him. Understanding his son’s inability to be proactive, Shikaku made sure Shikamaru sat in on important council meetings.

While there, he told Shikamaru that because he was still so young, he’d have to concentrate on understanding what was discussed. Shikamaru took these meetings very seriously, and he came to understand the governmental aspects of shinobi life because of his father’s inclusion of him.

9 He Took An Interest In His Son’s Training 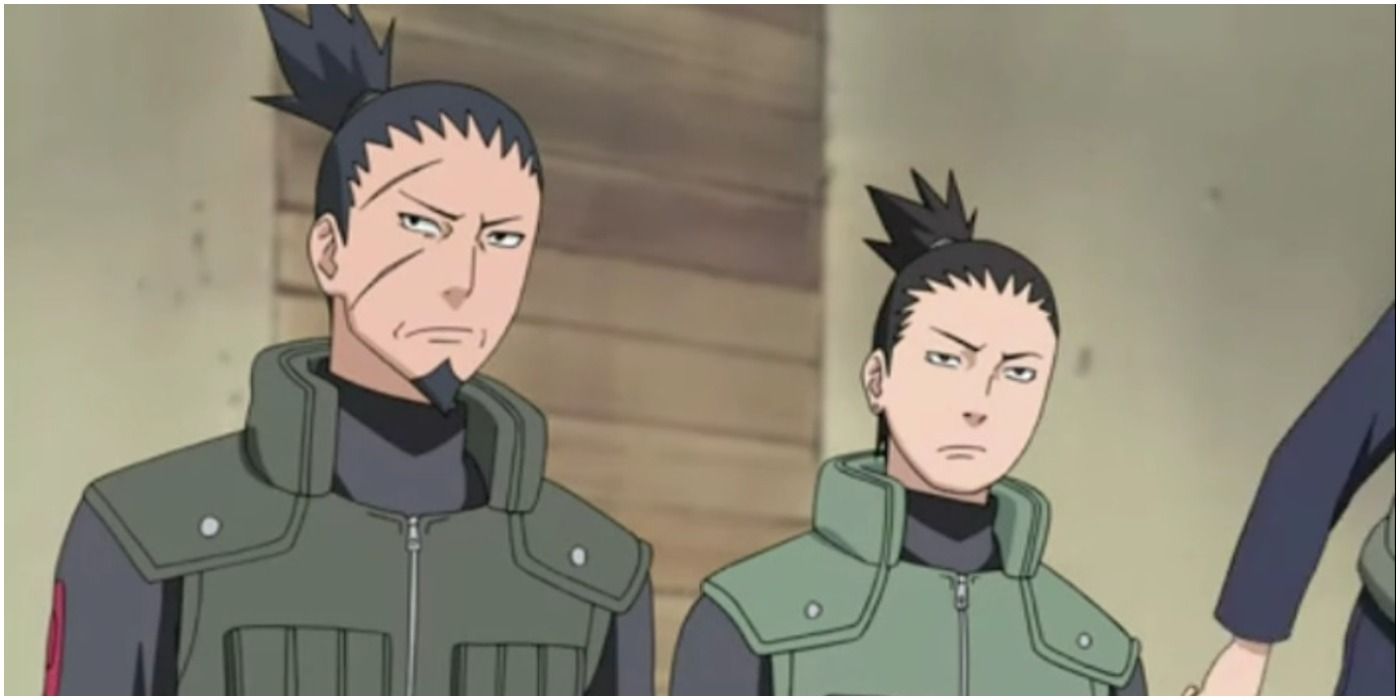 As Shikamaru grew older, Shikaku noticed his son’s fast development upon graduating from the Ninja Academy. He took an interest in Shikamaru’s advancement, and Shikamaru would often have to split his time between training with his team and training with his father, working with Shikaku early in the mornings.

Despite the fact that Shikamaru was disinterested in hard work, he trained with his father whenever he was summoned. Shikamaru is a naturally talented genius, but much of his strategic and fighting capabilities are credited to his father’s teachings.

8 He Tried To Change Shikamaru’s Views On Women 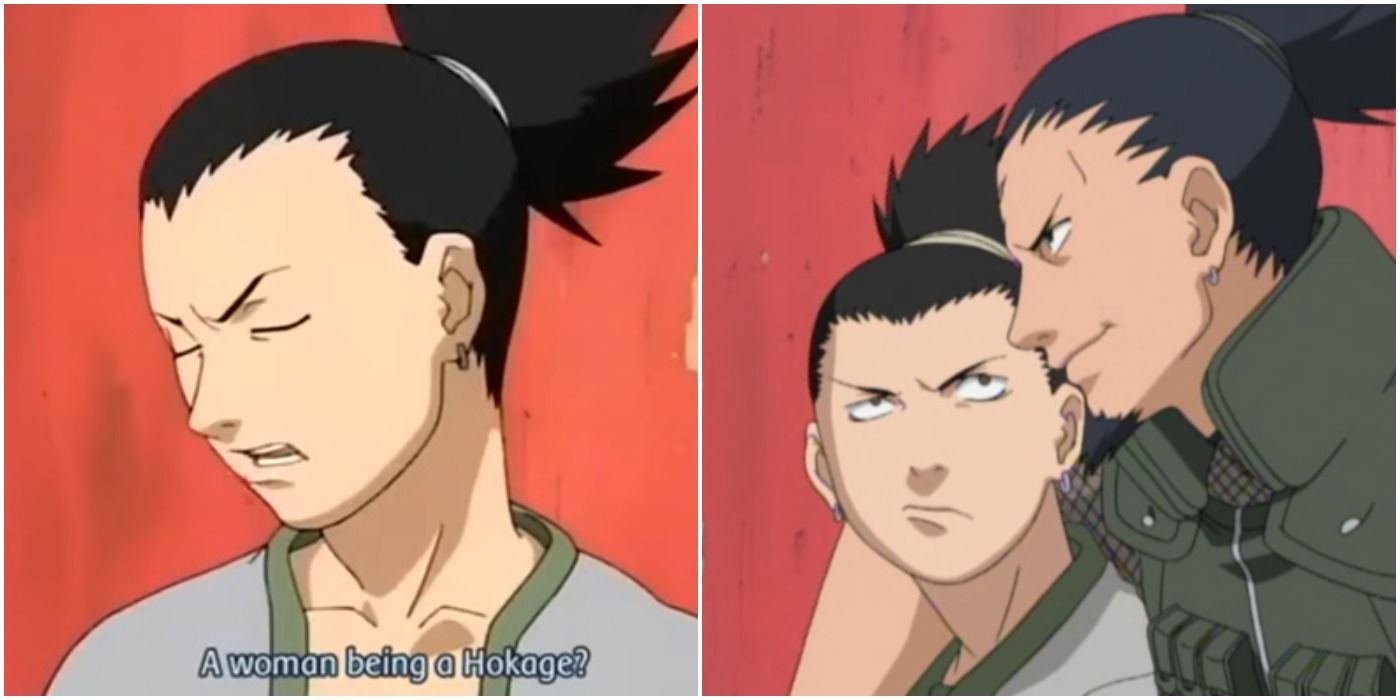 Shikamaru had chauvinistic views when it came to his opinion of women. He found his mom to be annoyingly nagging and was opposed to having a female Hokage. He expressed these ideals often in front of his father. When Shikamaru asked his father why he married his mother, he simply responded “even the hardest women smile softly sometimes”.

When addressing Shikamaru’s concerns about Konoha appointing their first female Hokage, Shikaku reminded him that without women, men wouldn’t be born. He went on to say that nothing good would come of men if women weren’t around. Shikaku saw that Shikamaru was still skeptical, and told him he’d understand when he was older. As Shikamaru is now married to Temari, it’s safe to say he eventually understood his father’s teachings about women.

7 He Played Shōgi With Shikamaru Often 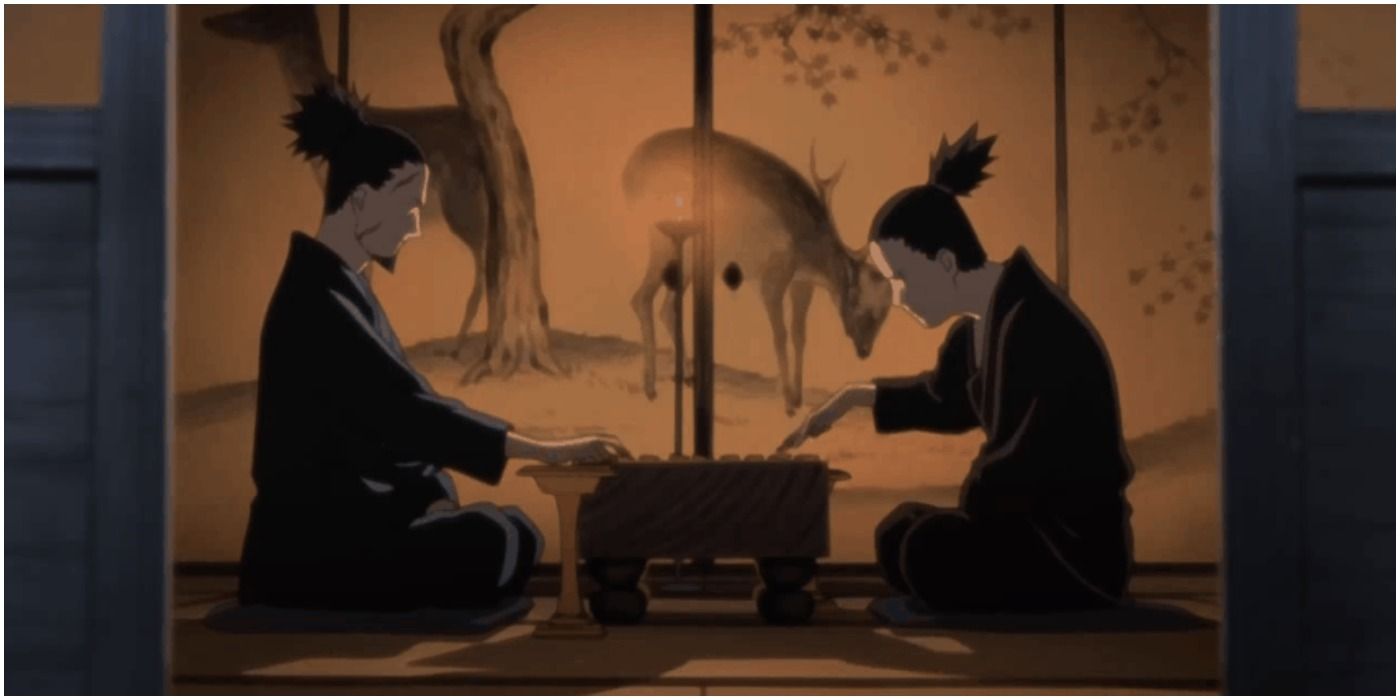 One of the ways that Shikamaru and Shikaku bonded is by playing shōgi. They spent a considerable amount of time playing this board game, and it was within these moments that they would communicate on a deeper level, with Shikaku giving Shikamaru a lot of deep and metaphorical advice. It was during their games that Shikaku expressed the pride he had in his son and how much he cared for him. Moreover, Shikaku helped Shikamaru accept Asuma’s death and later understand some of Asuma’s advice as well.

6 He Taught Shikamaru To Be Humble

After Pain destroyed Konoha, Naruto arrived when everyone in the Leaf Village needed him the most. Many of the villagers were either killed or reached their physical limits, and after everyone was shielded by Katsuyu, Shikamaru discovered his leg was broken. Katsuyu informed everyone that Naruto had arrived on the battlefield and asked them not to interfere.

Shikamaru believed that Naruto was being overconfident and couldn’t fight Pain alone, but when he attempted to stand, Shikaku told him that Naruto was in his own class and the best teamwork he could provide would be to stay out of the way.

5 He Stopped Shikamaru From Quitting 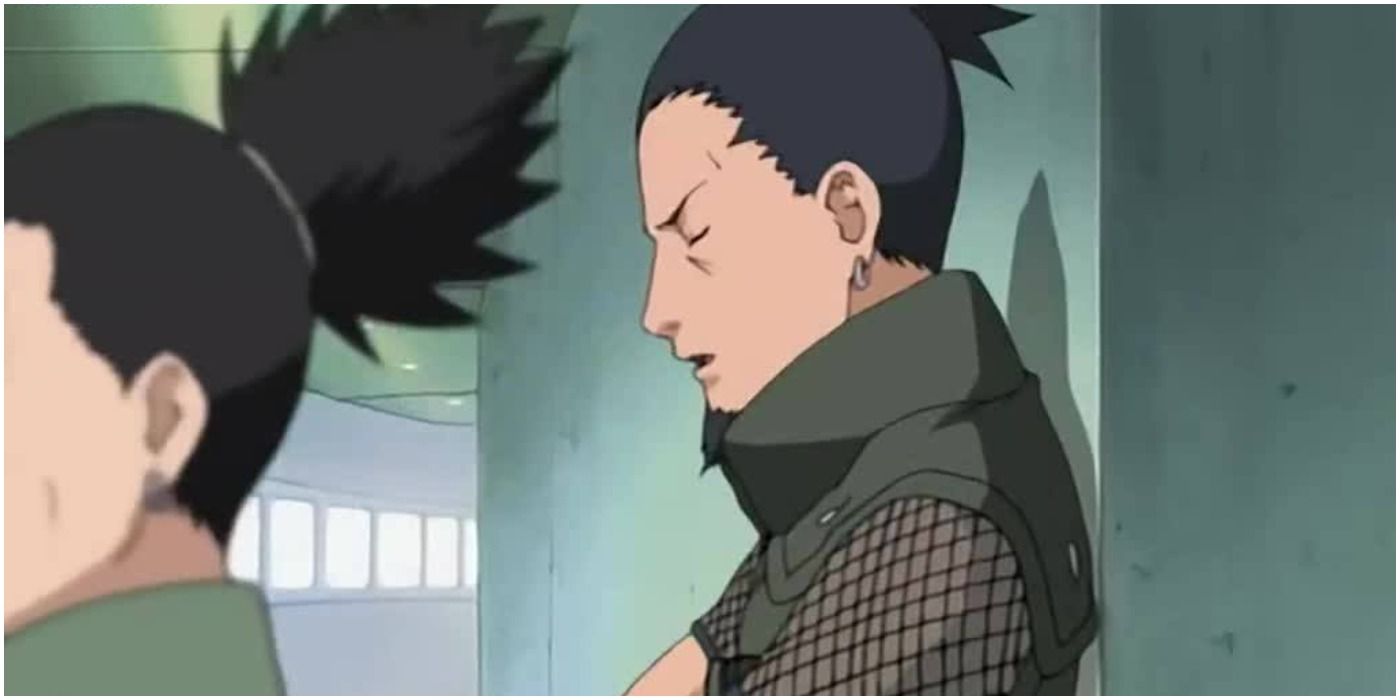 When Sasuke left with Orochimaru’s Sound ninjas, the Fifth Hokage made Sasuke’s recapture Shikamaru’s first mission as a Chunin. Shikamaru was the squadron leader of a team that consisted of Choji Akimichi, Kiba Inuzuka, Neji Hyuga, and Naruto Uzumaki. The mission was extremely trying and almost claimed the lives of the entire team.

Though they won their battles, they failed to bring Sasuke home, and some were left in critical condition. Shikamaru blamed himself and declared that he quit being a ninja. Shikaku heard this defeated declaration and informed Shikamaru that his comrades would continue to go on missions with or without him, but they would have a better chance of surviving with him leading them. Shikaku encouraged his son to learn from his mistakes rather than giving up. 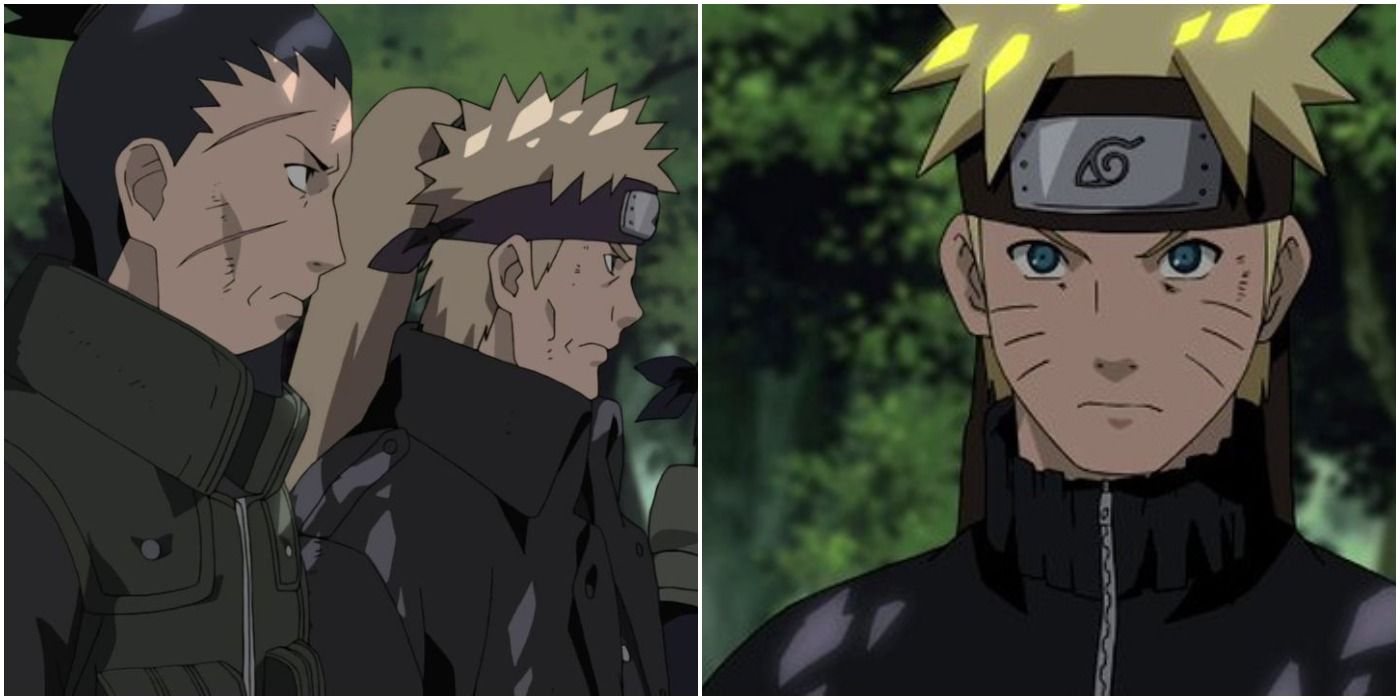 Shikaku and Shikamaru, along with Ino and Inoichi Yamanaka, were the first to discover that Pain’s real body was somewhere nearby. Naruto ventured off alone to go to where the real Pain was hiding. While on his way, he was stopped by Ko, Inoichi and Shikaku. Naruto told them that he wanted to go alone and have the opportunity to talk to Pain, but Inoichi was opposed to this as he felt that Pain’s nefarious attack was unforgivable and having a discussion was pointless.

Shikaku interrupted this heated debate by telling Inoichi they should let Naruto go alone. Inoichi was surprised by this, but Shikaku explained that he had faith in Naruto because of his son. Shikamaru expressed to Shikaku that there was something special about Naruto, and this sentiment was enough proof for Shikaku to place his trust in Naruto.

3 He Doesn’t Tell Shikamaru To Stay Away From Naruto 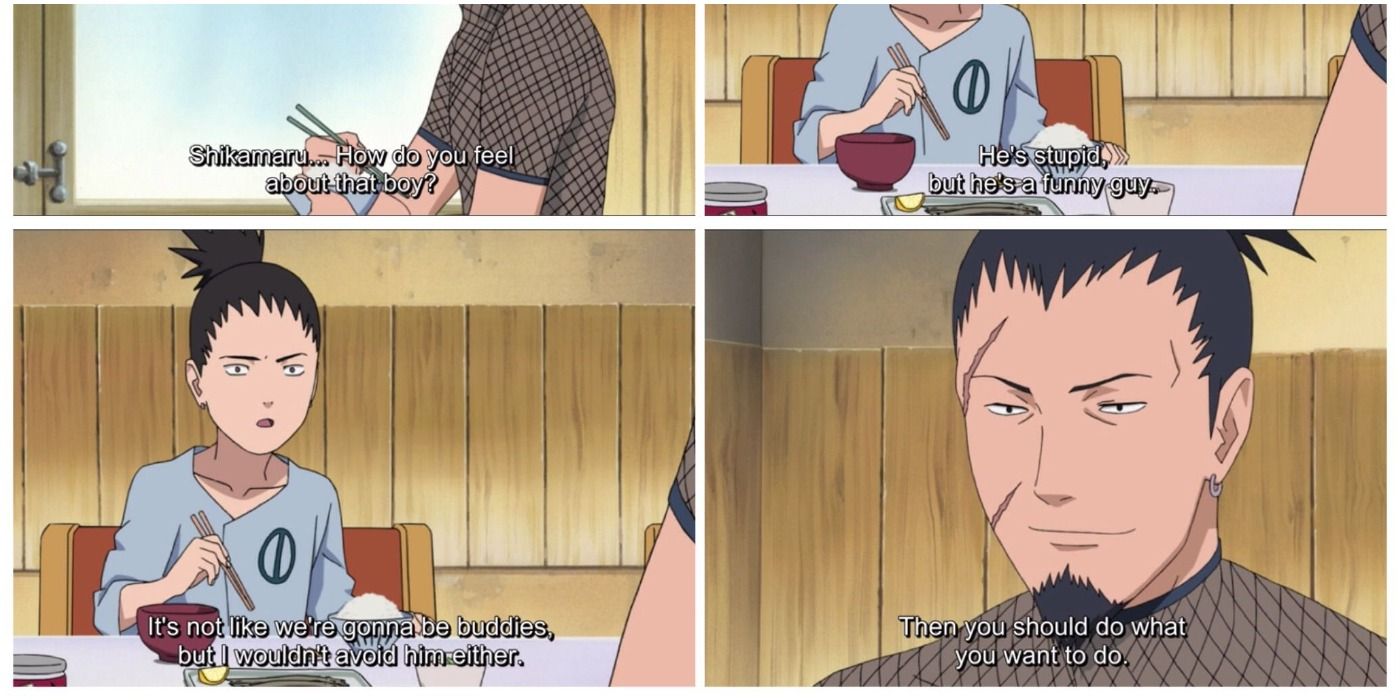 Almost all of the adults in the Leaf Village were cruel towards Naruto. They not only hated him, but those who were parents ordered their children to stay away from him.

Shikamaru was one of the kids who would actually play with Naruto. One day, he asked his father why everyone disliked Naruto so much, and Shikaku replied by asking Shikamaru how he felt about him. When Shikamaru expressed that he wouldn’t avoid Naruto, Shikaku told him that he should do what he wanted. Shikaku showed Naruto kindness and taught his son to use his own judgement when making friends. 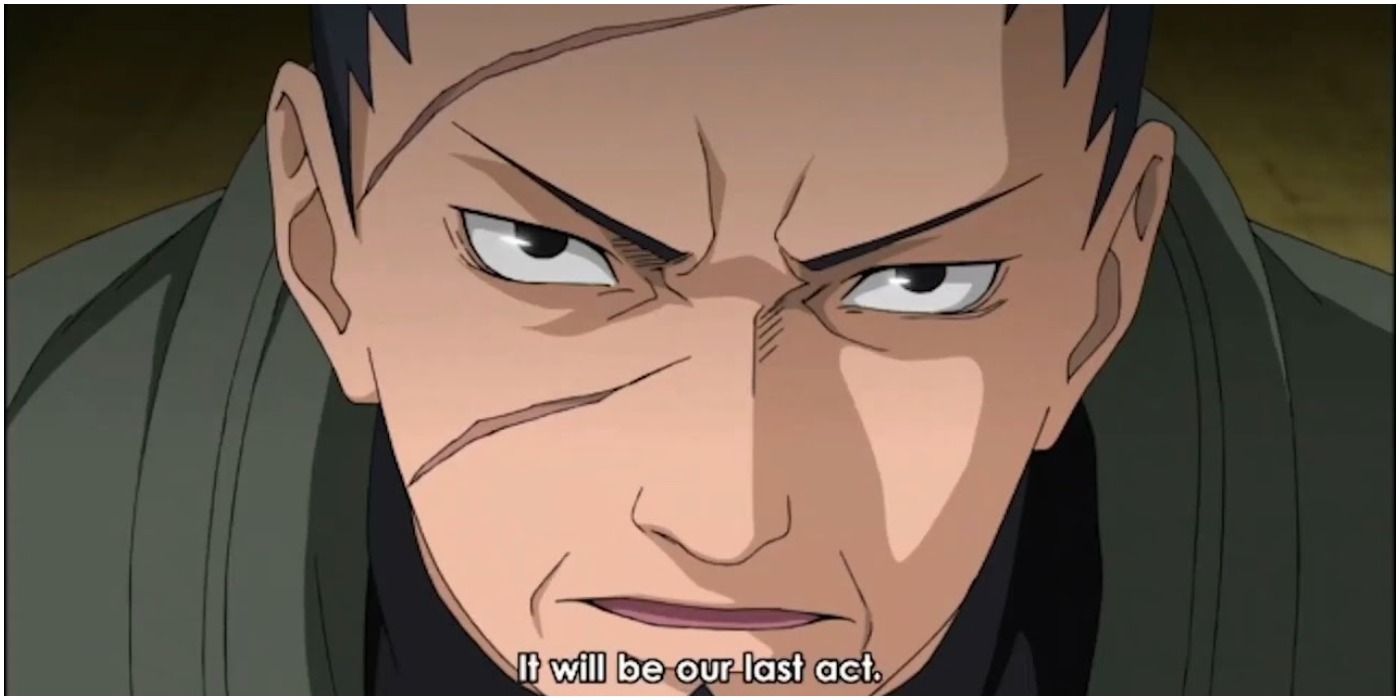 Shikaku’s death was one of the saddest in Naruto Shippuden. He died alongside his friend Inoichi, and other members of the Allied Shinobi Forces that were stationed at their Headquarters. Shikaku was extremely brave in the face of certain death, and he went on to deliver the plan to stop the Ten Tails.

Once he did, he and Inoichi told their children to never forget that they live on through them. Furthermore, Ao recently revealed to Shikamaru his father’s last words. Shikaku had no doubt that Shikamaru would succeed – he had complete faith in his son up to the moment of his tragic death.

1 He Helped Shikamaru Through Asuma’s Death 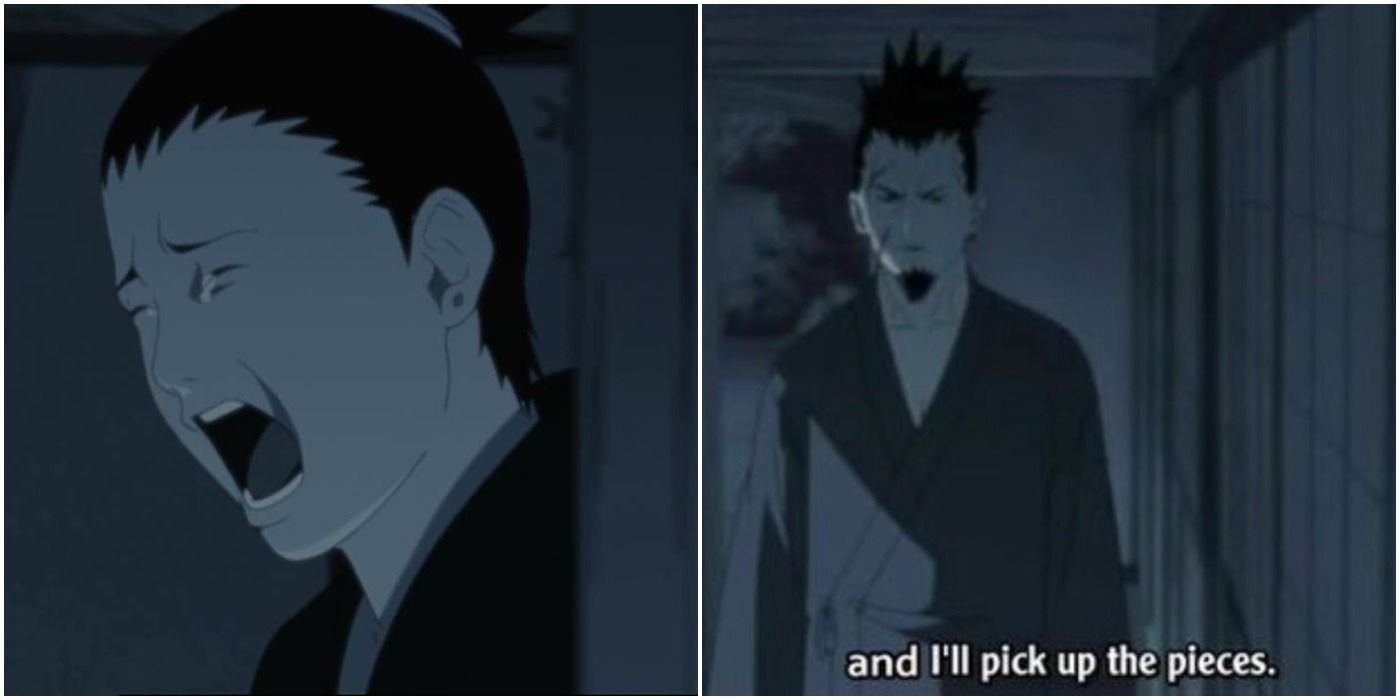 After Asuma’s death, Shikaku invited Shikamaru to play Shōgi with him. Shikaku wanted to speak with Shikamaru to confirm he wouldn’t irrationally go after the Akatsuki, trusting that his son would be level-headed in his grief stricken state. Shikaku continued to speak during their game, letting Shikamaru know he was proud to be his father.

When Shikamaru lashed out as a result of his sorrow, Shikaku instructed him to release his sadness. He then affirmed that he’d be there to pick up the pieces. Shikaku was always present in Shikamaru’s life, and this beautifully moving moment was the perfect illustration of the encouraging and dedicated father Shikaku was.