Naruto relies on his nindo to get through anything – his ninja way is to never give up and never back down. Every action he takes aligns with his nindo and leads him closer to becoming Hokage. Much like Naruto, Boruto has his own ninja way.

Boruto states that his nindo is the path to protecting the Hokage and becoming a great shinobi like Sasuke. But it’s one thing for a character to say something and another for them to prove it by their actions. There are many instances throughout Boruto when a character’s actions speak louder than words ever could. 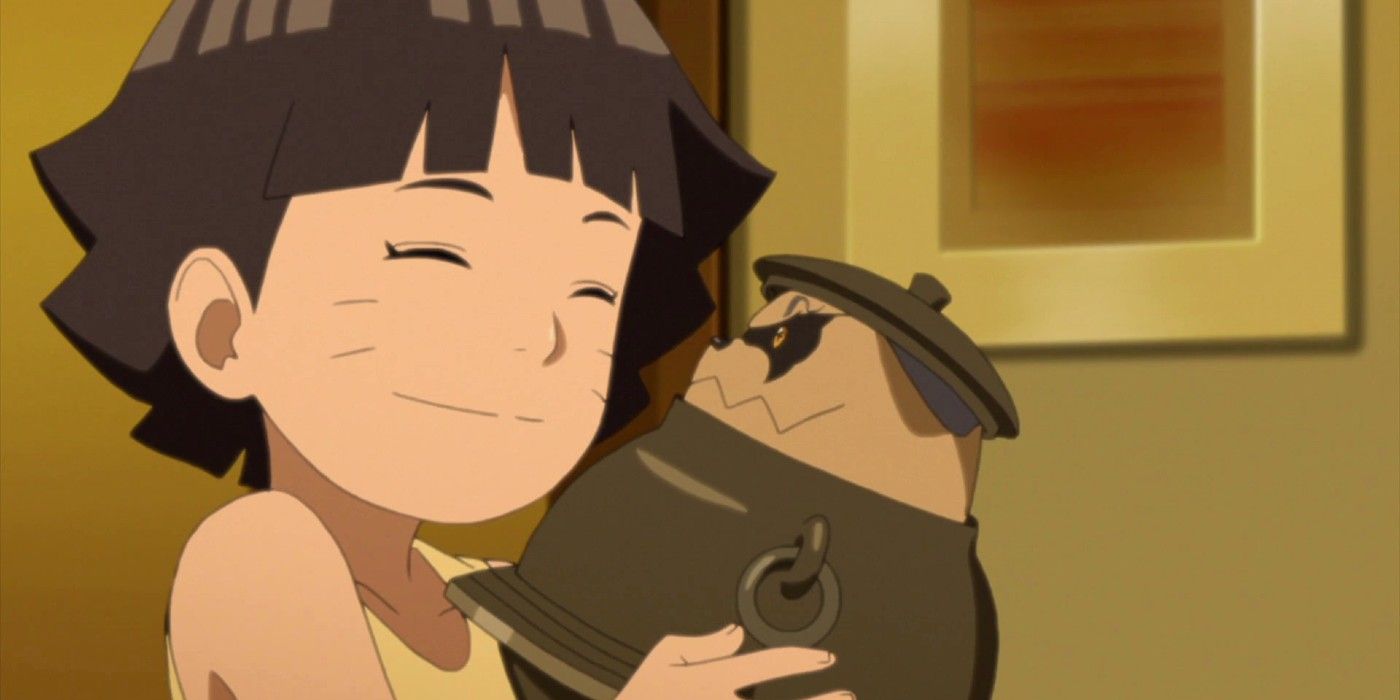 When the Otsutsuki begin gathering chakra, the tailed beasts are their main targets. Naruto volunteers to watch over Shukaku, the One-Tailed beast, and brings him home to stay with his family. Himawari takes up with Shukaku immediately because he is the talking version of her stuffed toy.

By the end of the visit, Shukaku tells Kurama that the Uzumaki family drives him crazy. As Naruto leaves with Shukaku, Himawari looks on sadly. Shukaku stays silent, but as Naruto walks away, he sticks his tail out and waves goodbye to Himawari.

9 Sasuke Almost Kills His Own Daughter 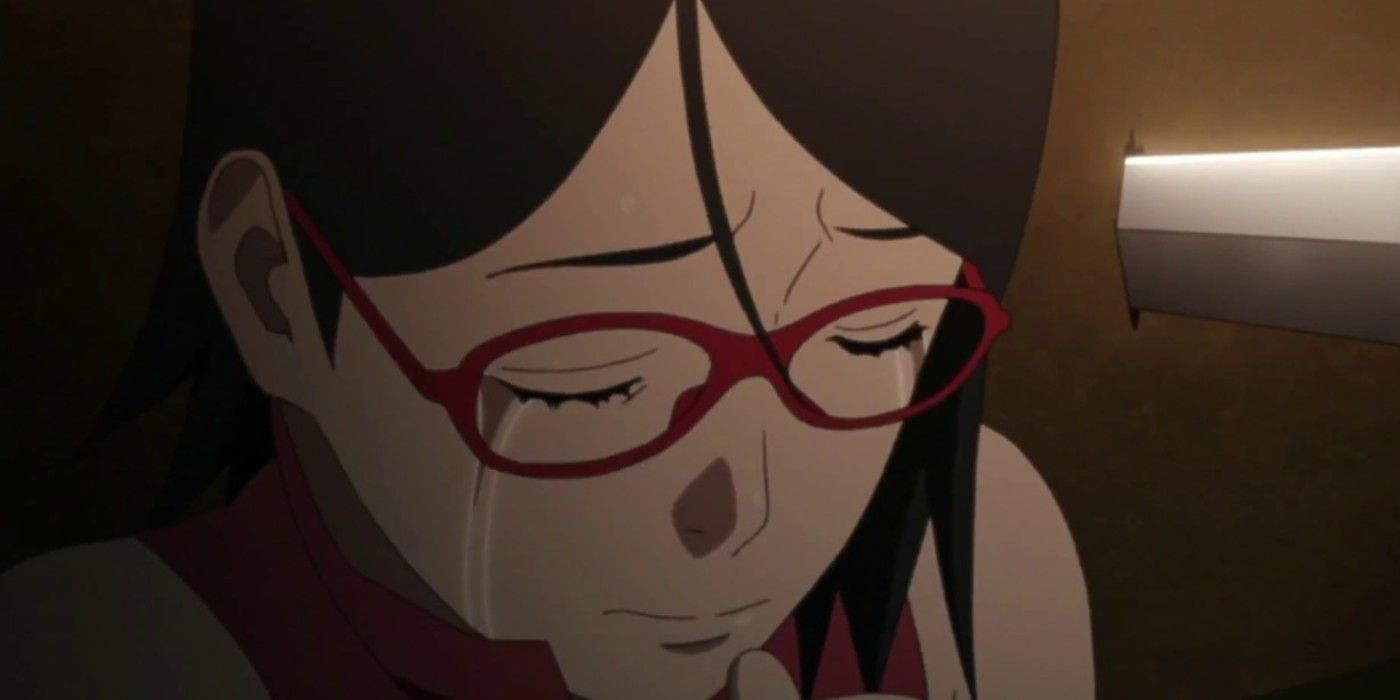 Sasuke is on his journey of redemption and stays away from the village in order to atone for his sins. He’s gone so often that Sarada has never really met him. As she tries to uncover the truth about her father and her parents’ relationship, she goes looking for Sasuke.

Naruto plans to meet up with Sasuke, so Sarada follows him in hopes that she can meet her father. When she finally sees her father, he draws his sword. He doesn’t even recognize that the child in front of him is his only daughter.

8 Ao Uses Jutsu To Save Boruto 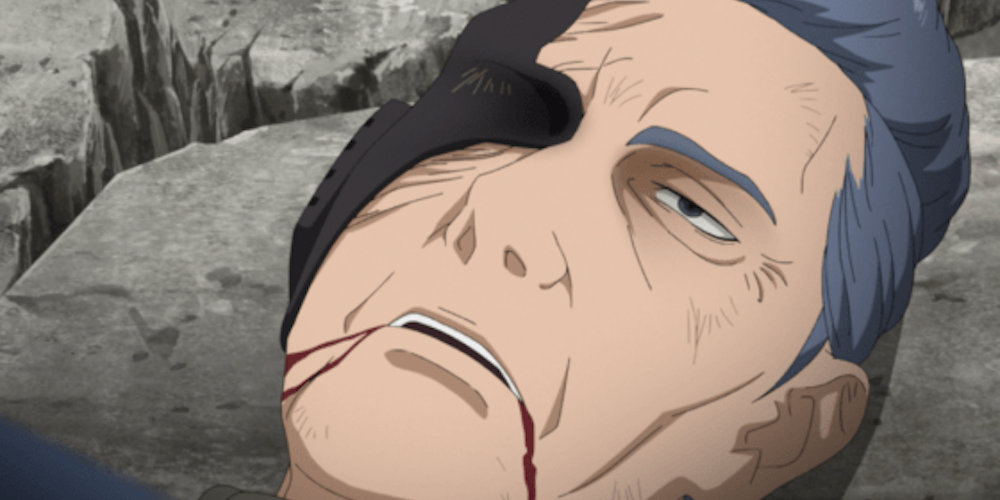 Ao is the sole survivor of the tailed beast bombing of headquarters during the Fourth Great Shinobi War. After he is recovered, his body is badly injured, so he’s outfitted with scientific ninja tools to help him in his recovery.

Ao turns his back on his shinobi ways, becomes a weapon for Kara, and is given the directive to eliminate the people who know about the vessel. Boruto defeats Ao, but when Koji Kashin shows up, Ao uses his jutsu to move Boruto to safety, dying as a shinobi rather than a weapon. 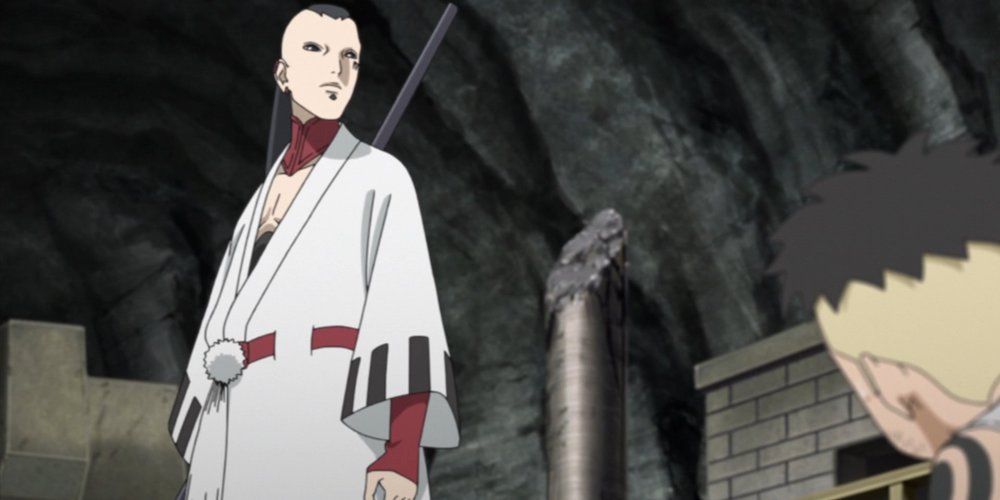 Kawaki was raised by a degenerate father who sent him out each day to work and buy him alcohol, and who would beat and starve Kawaki if he upset him. When Jigen comes along, he tells Kawaki that he is his new father.

Contrary to what Kawaki might have believed, Jigen does not act as a father to him. He forces Kawaki into receiving the Karma mark and makes him a scientific tool. He brutally trains him and beats him, something a loving father would never do. 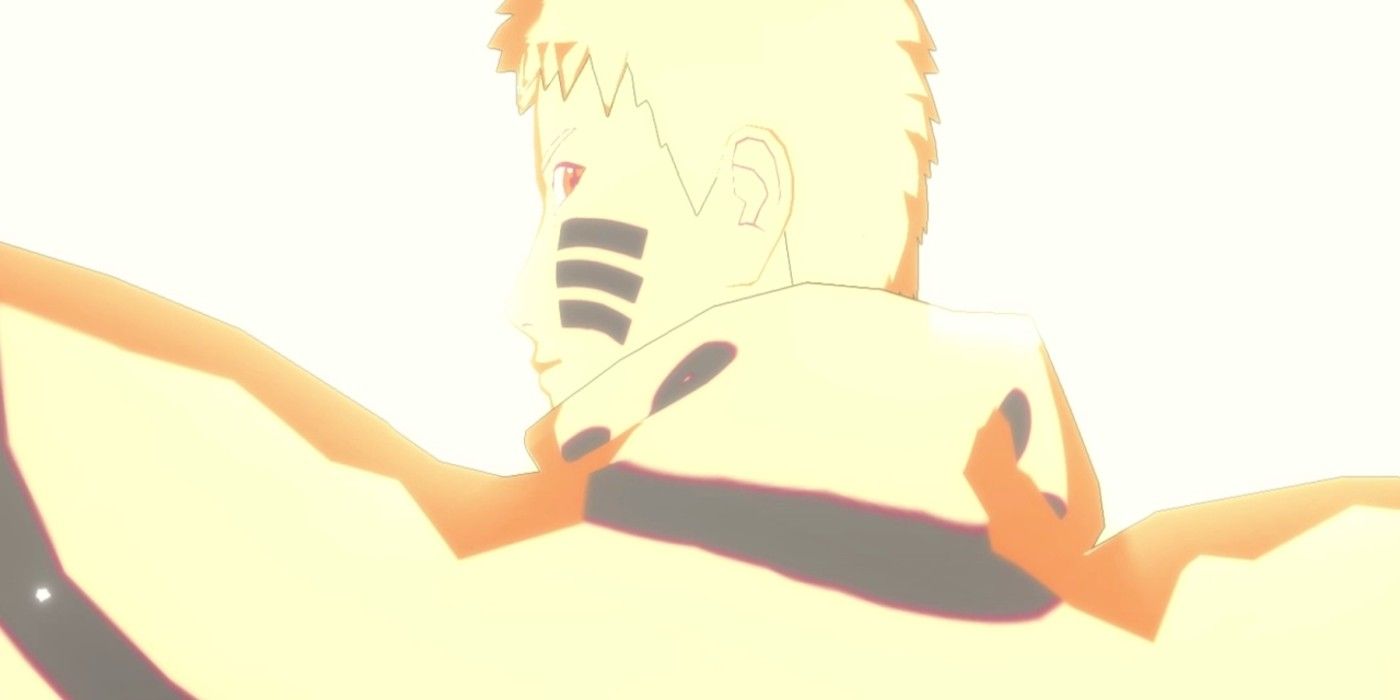 During the chunin exams, the Otsutsuki show up looking for Naruto. He is a target because he possesses an incredible amount of chakra due to the Nine-Tails inside him. When Momoshiki begins to attack, Naruto steps in front of everyone and flexes his power, using the Nine-Tails chakra.

Even though Sasuke lends a hand, Naruto tells him to protect the children, and Naruto takes the full force of Momoshiki’s attack. He’s captured in the end, but he succeeds in protecting the village from harm. 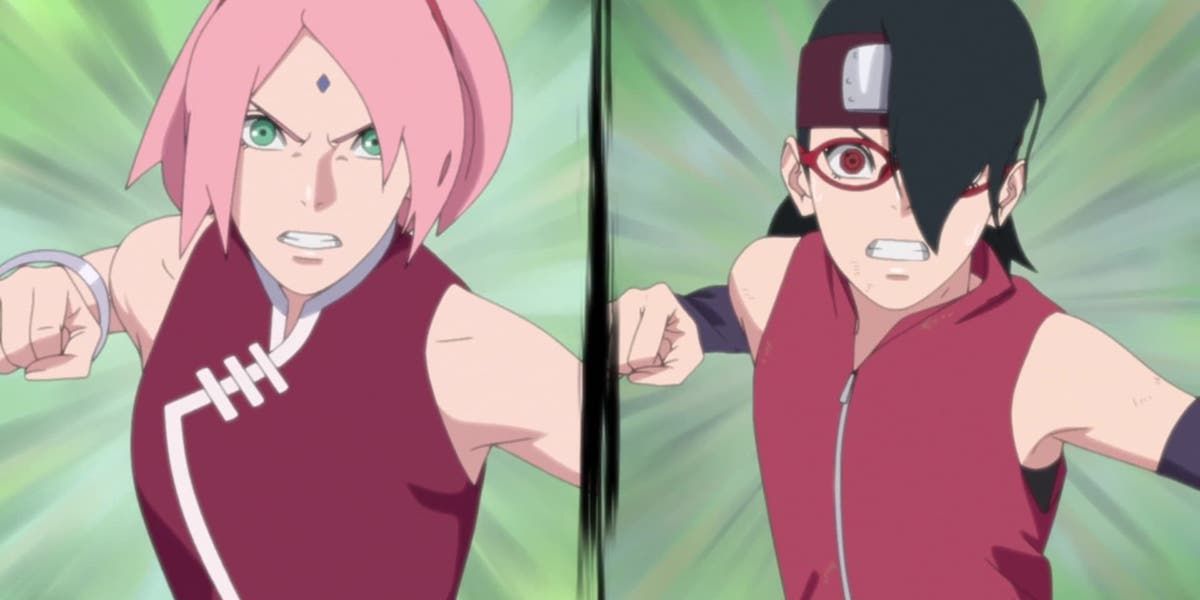 After Sarada is injured during Team 7’s fight with Deepa, she wants to train to become stronger. Sarada asks her dad for help in training, but Sakura is worried about her because she’s still just a child, and seeing Sarada injured and helpless frightens her.

After talking with her friends and realizing that their children live in a shinobi world and need to be prepared, Sakura has a change of heart. The next time Sarada shows up for training with her dad, Sakura is there to help train her as well. 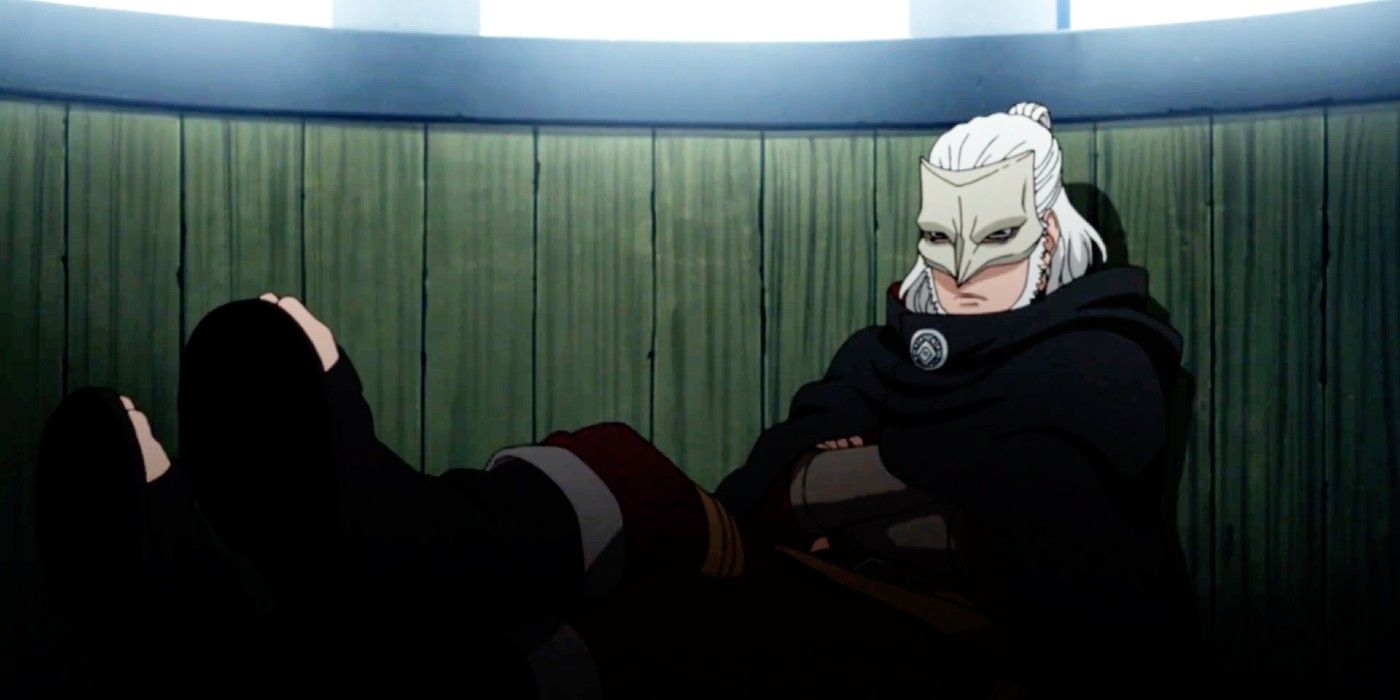 When Koji Kashin uses a toad to set Konohamaru on fire, it angers Boruto, activating his Karma mark. Koji is intrigued by this new development and falls back to observe from afar once again.

Koji has the opportunity to capture Kawaki, but he doesn’t. He steadily keeps tabs on him instead, watching him while he lives with Naruto and his family. Even though Koji was given the order to retrieve the vessel, it is clear that he is acting on his own and not on Jigen’s behalf.

3 Kawaki Fixes The Vase He Broke 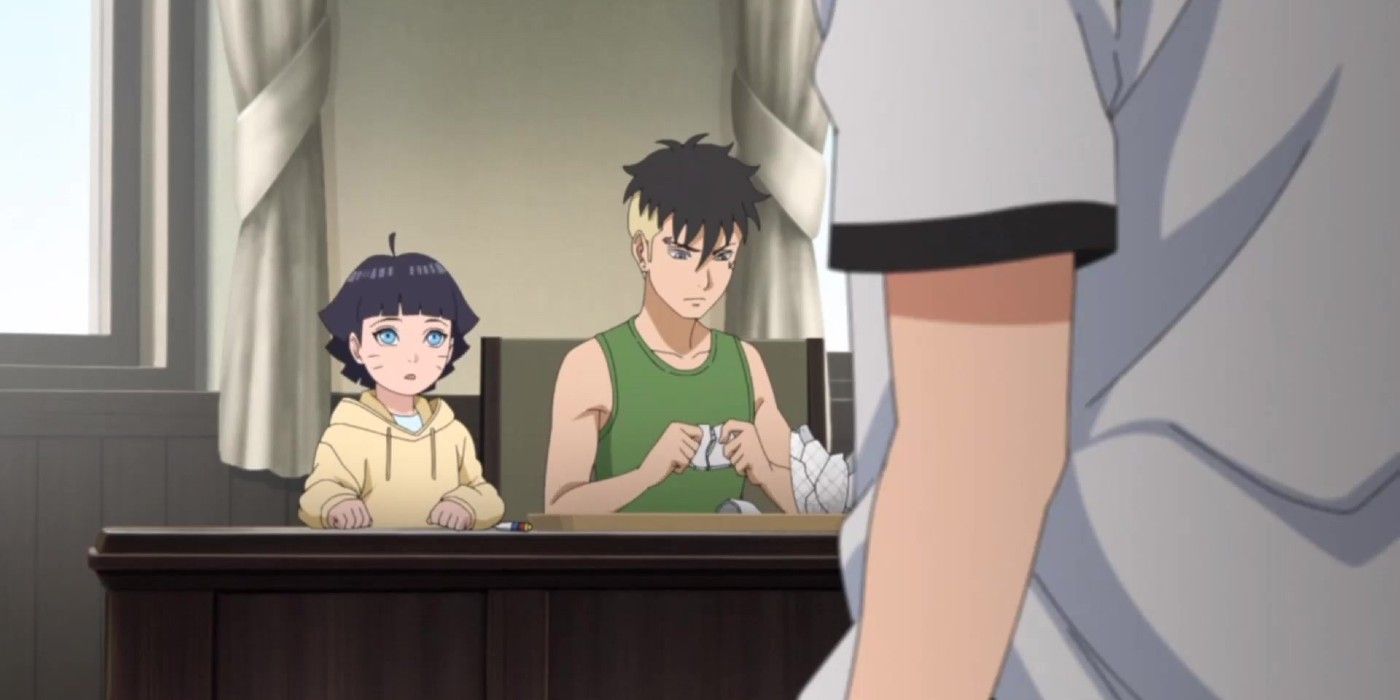 When Kawaki comes to live with Naruto and his family, he has a bad attitude. The family is kind to him and welcomes him with open arms, but for some reason, that gets under Kawaki’s skin. In an outburst, he flips a table and breaks a vase that Himawari made for Hinata.

Boruto fusses at Kawaki for breaking the vase and gives him glue to fix it. Even though Kawaki is annoyed by Boruto, he also cares about what he thinks. Kawaki obsesses over the meaning of the glue, then decides to fix the vase as a way to make amends.

2 Orochimaru Shows Up And Shows Out For His Son 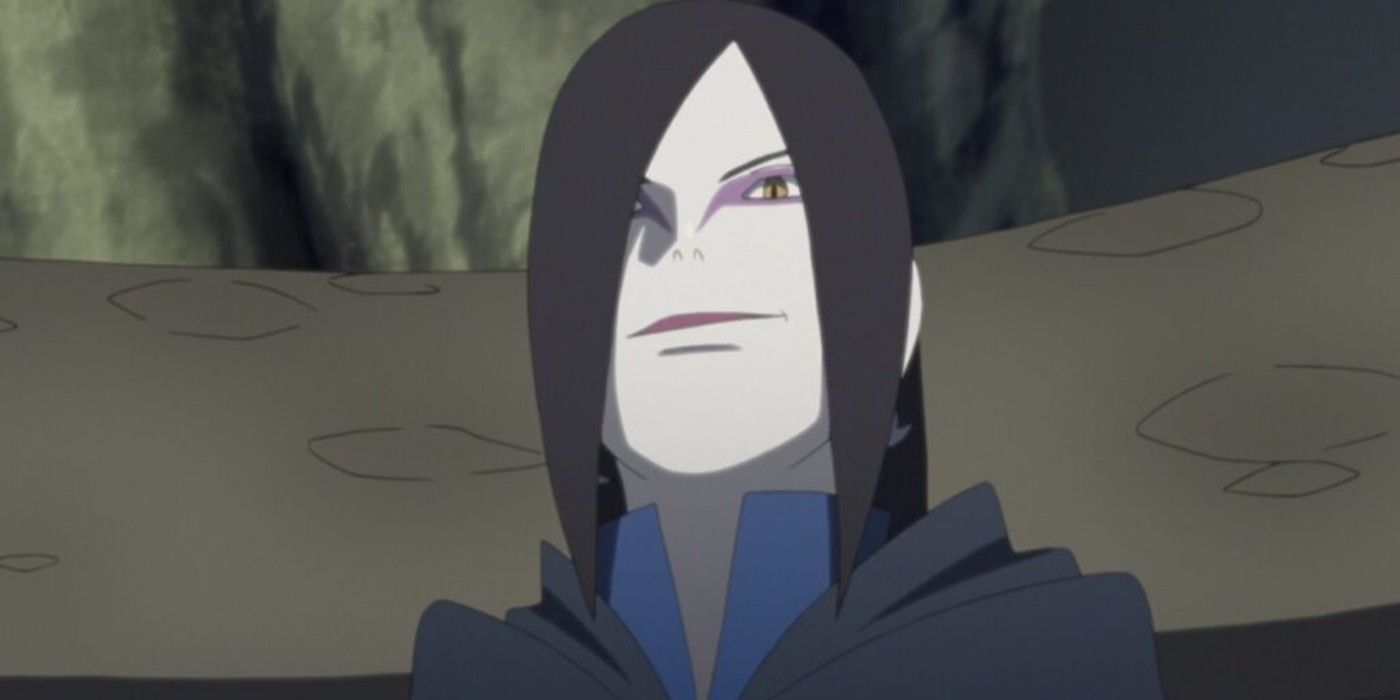 Orochimaru doesn’t seem like the doting parent type, but he has shown that he cares about Mitsuki, his son. Orochimaru’s role in Boruto is to provide the Leaf Village with helpful information and aid them, though he’s still kept under watch 24/7.

Orochimaru mostly keeps to himself, and because he’s guarded, he doesn’t leave his lair. However, when Team 7 is in trouble in the Land of Valleys, Orochimaru shows up to help because Team 7 is important to Mitsuki.

1 Naruto Shows Kawaki What A Real Father Is Like 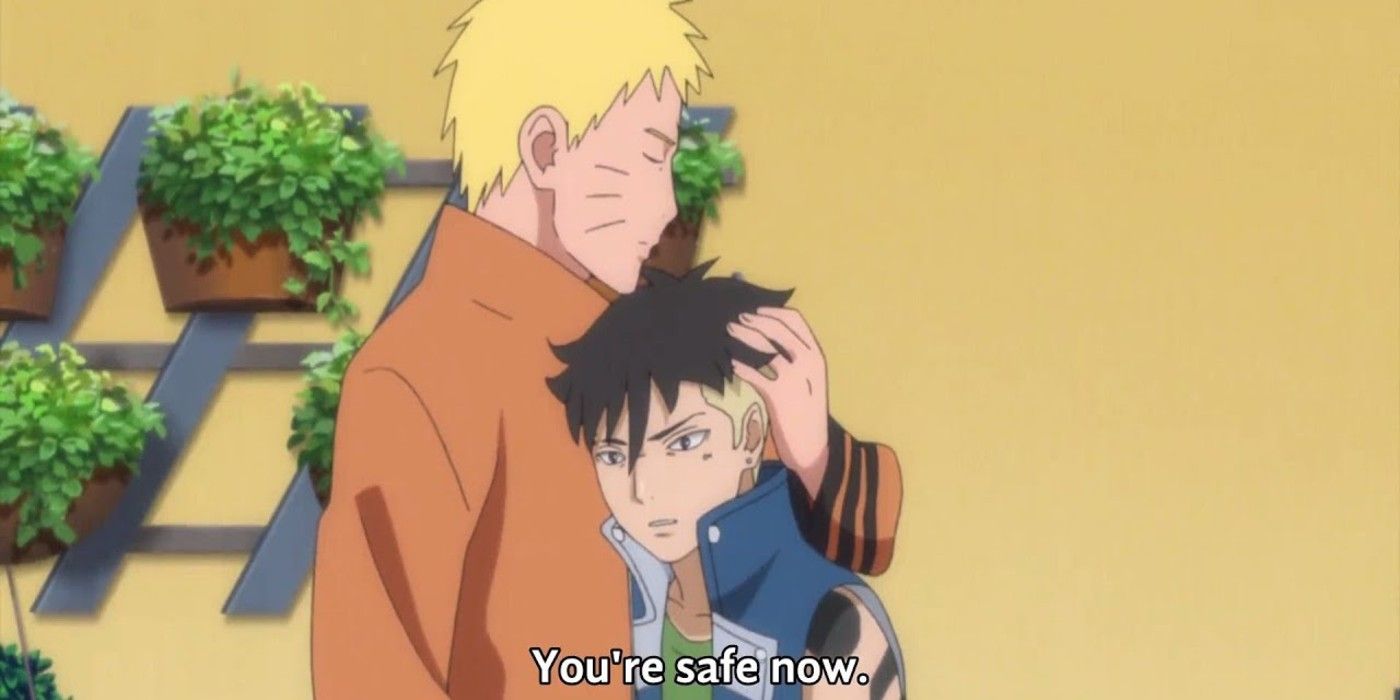 After Kawaki breaks Himawari’s vase, Naruto decides to take him shopping to find a replacement. He takes him around the village and spends time with him, treating him to snacks and lunch.

When they arrive at the flower shop, something about the vase and flower stems causes Kawaki to have a flashback about receiving the Karma mark. He starts to have a panic attack, but Naruto pulls him in for a hug and tells him he’s safe. He comforts him as a true father should.