Kawaki is still shrouded in uncertainty, not to be trusted by the Hidden Leaf ninja. But Naruto is more than willing to accept him. As the series progresses, we learn more about the mysterious Kawaki and Kara’s intentions with him, and much to everyone’s surprise, Naruto is willing to extend his hand and open his heart to the troubled boy.

In some ways, Naruto has embraced his role as Kawaki’s father figure, but he’s also often fallen short. 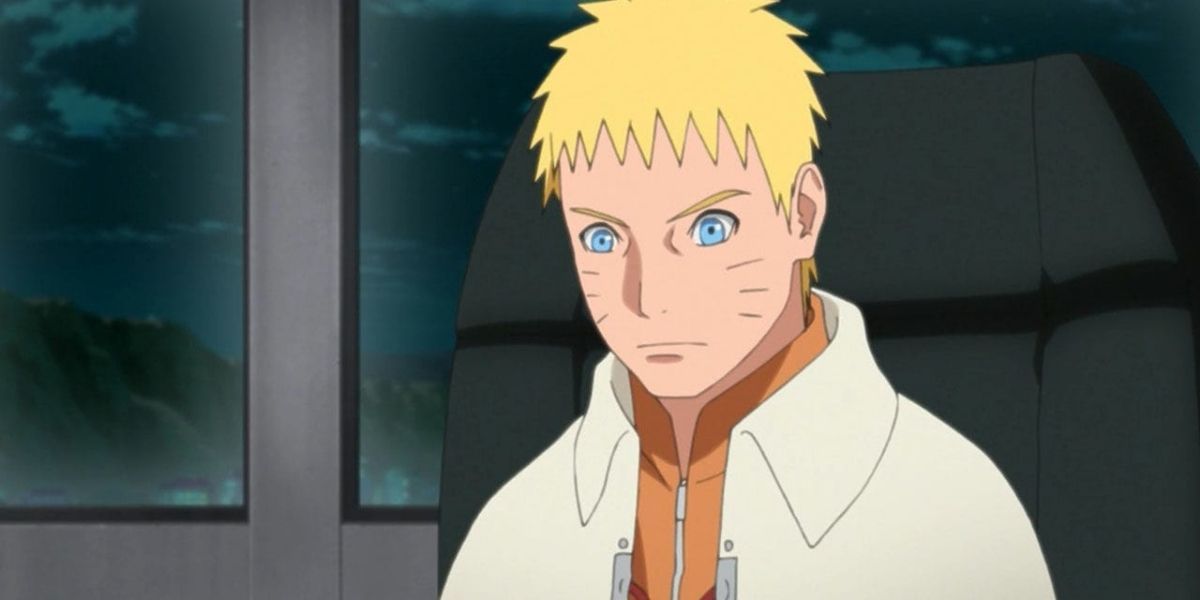 At the beginning of the Boruto series, Boruto harbored contempt for his father due to his frequent absences. Although he wasn’t as big of a troublemaker, his pent-up anger created a rift between him and Naruto. However, he still had his mother and sister to keep him company.

Unlike Boruto, Kawaki lived a life of solitude even when surrounded by other Kara members. He led a childhood similar to Naruto’s and grew up distrusting others. Kawaki may not admit it, but he desires somewhere to call home, and that includes an emotionally present father figure. 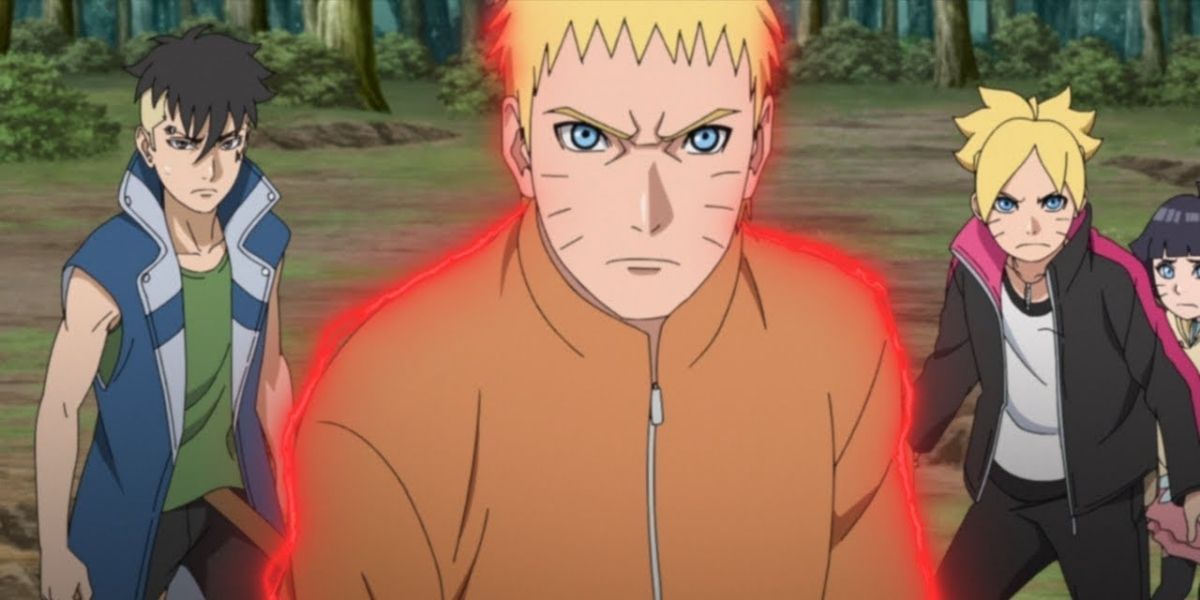 Naruto has developed a deep love for humanity, even if he may not always show it outwardly. He won’t hesitate to lay down his life for those he cares for, including Kawaki. It doesn’t matter if others may see it as strange or even unreasonable. Naruto has experienced a life of loneliness, much more than anyone who has lived before him, and it’s that experience that allows him to extend his hand to anyone he meets.

8 He’s Stricter with Boruto than Kawaki 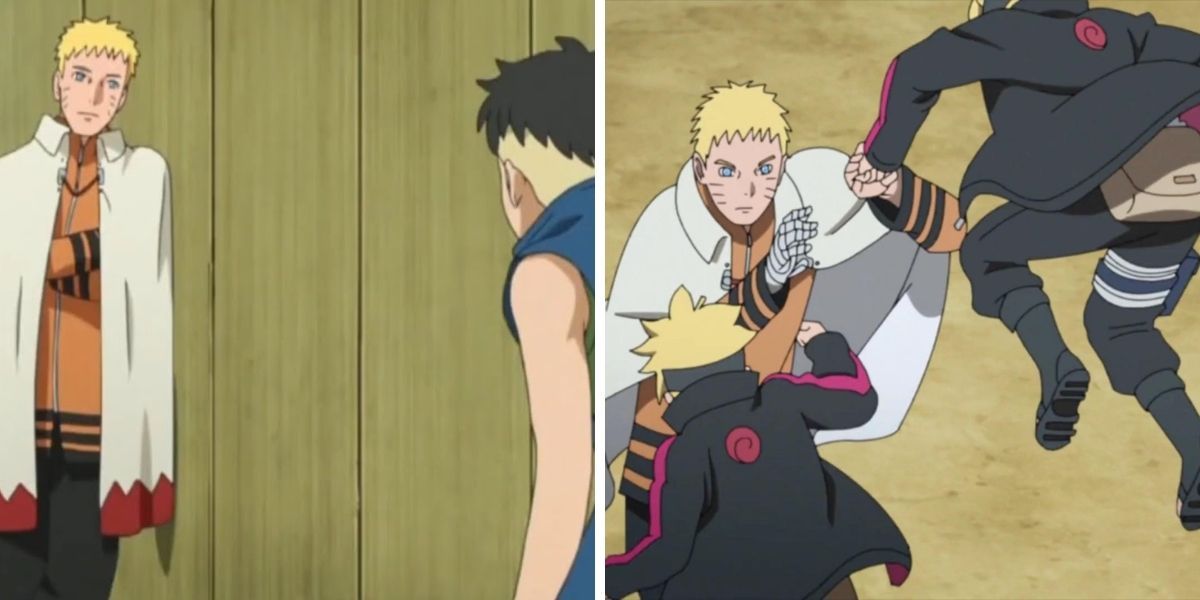 Even after Boruto and Naruto mended their relationship, Naruto still held high expectations for his son. However, this is a double-edged sword: Boruto allows his pride to get the best of him, and this encourages him to do anything he can to impress his father.

Jigen favored Kawaki above the other Kara members due to his position as the Otsutsuki clan’s vessel. The pressure led him to feel ostracized and disliked by the other members. While living with Naruto, Kawaki gets more attention from Naruto due to their similar backgrounds. Naruto still keeps his expectations high for Boruto but isn’t as emotionally present as he should be. 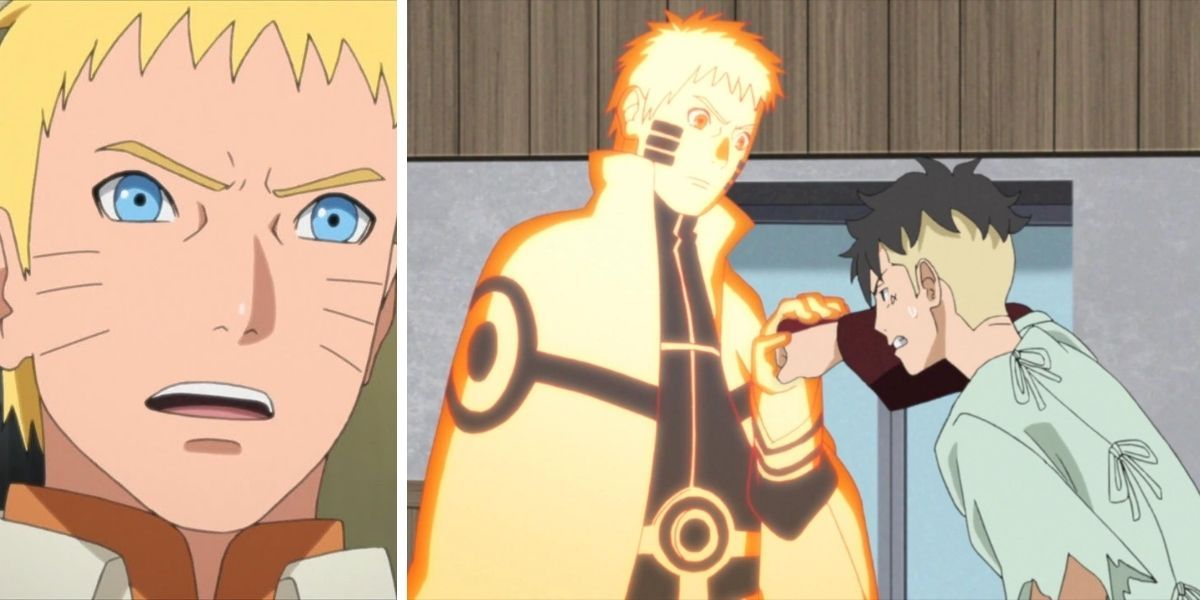 Naruto was just a baby when he lost his parents to the Nine-Tails’ attack on the Hidden Leaf Village. The loneliness he felt was unbearable to the point where he spent most of his youth as a smart-mouthed troublemaker. After joining the Ninja Academy, he had the opportunity to interact with other children his age, and over the years, he created long-lasting connections and changed many lives. 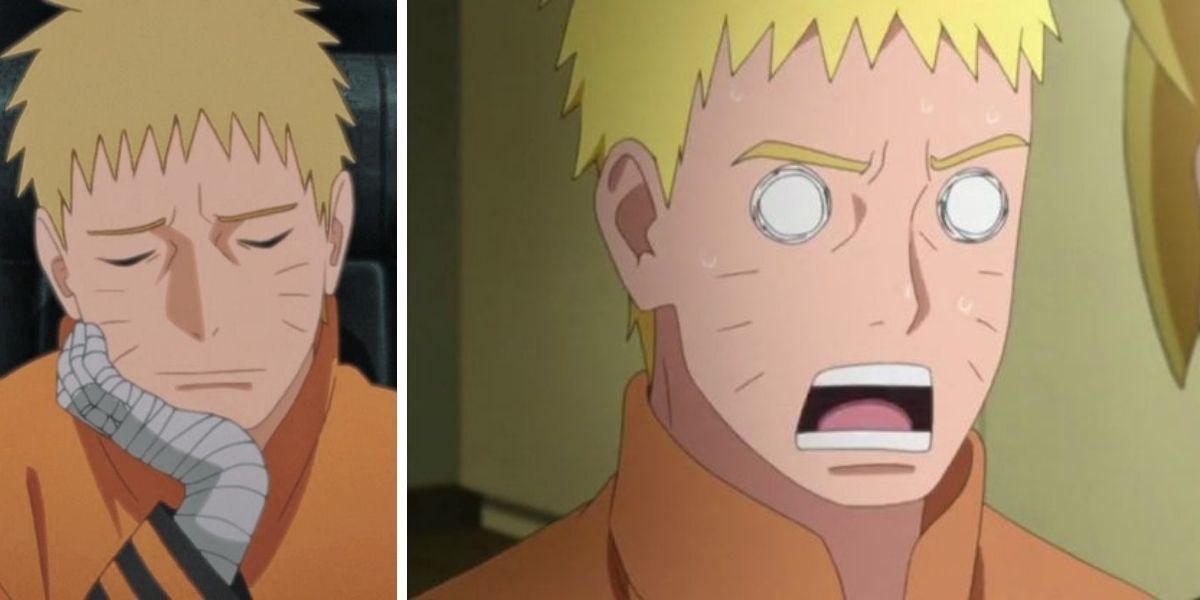 There are times when Naruto can be a little naive in his thinking; trying to see the good in everyone can be a double-edged sword. People aren’t as cut and dry, leading Naruto into a bit of trouble. Why else would Shikamaru be his advisor?

Naruto was lucky with Sasuke, who refused redemption several times but eventually came around. He can’t assume that everyone he meets wants to be helped the same way. Some may appreciate Naruto’s willingness to understand them, but it can come off as intrusive and even self-serving to others. 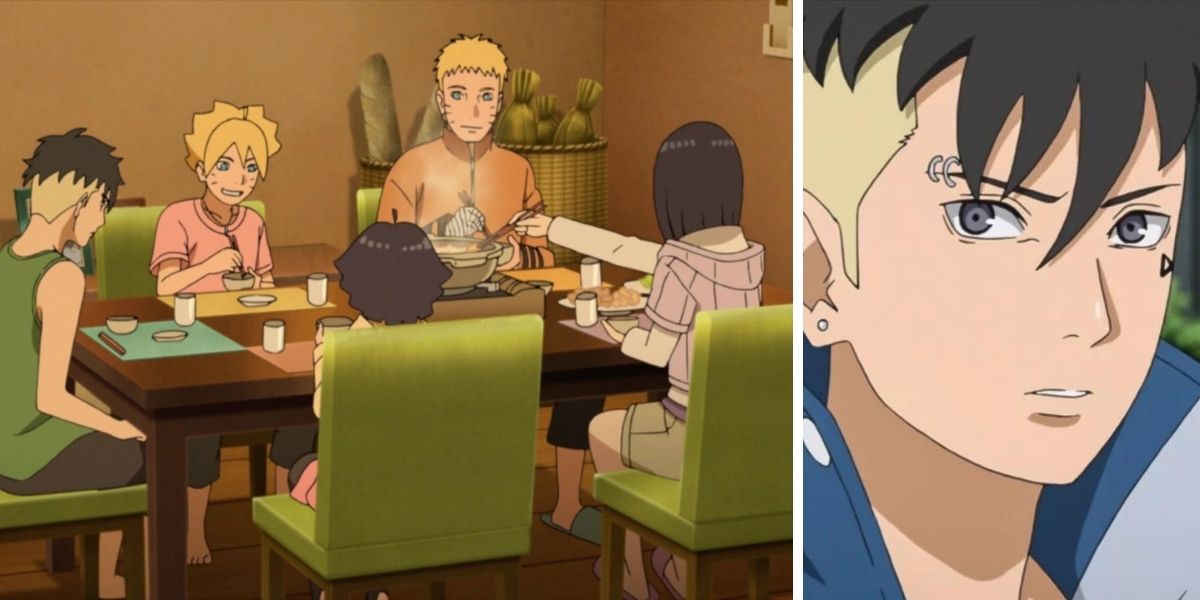 Even before joining Kara, Kawaki had a troubled childhood. He spent most of his life in a poverty-stricken village, forced to run errands for his abusive alcoholic father. Jigen saves Kawaki from a trafficker and offers to pay his father to adopt him. Greed easily sways the man, and Kawaki is escorted away with his new “father.”

Kawaki’s life only worsened once he joined Kara, where he was subjected to various experimentation and Jigen’s physical and verbal abuse. But when he’s around Naruto, his distrust and pent-up anger slowly dissipate. He’s awkward but still willing to open up to the Seventh Hokage and his family.

4 He Always Feels The Need To Save Someone 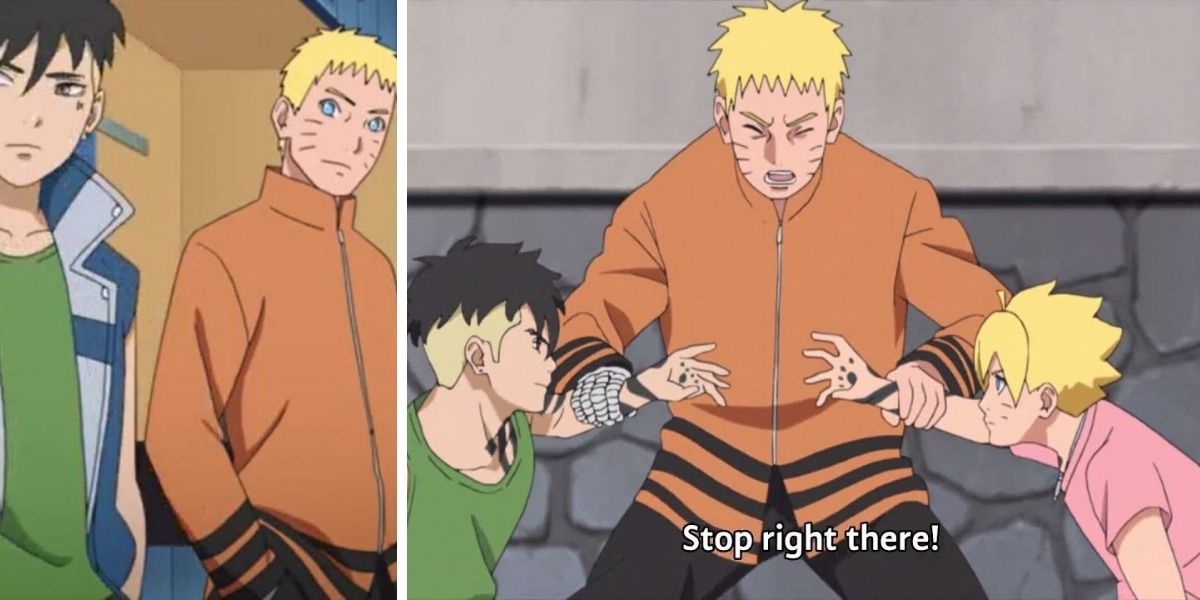 Naruto never hesitates to interfere when he thinks someone’s in trouble. Whether it’s a bad habit or an addiction to heroism, Naruto can’t help himself, even if the person never asked.

Like Sasuke, Kawaki spent most of his time in darkness, so it makes sense that he’d constantly dismiss Naruto’s willingness to help. As previously stated, he seems more like a nosy grown-up or someone obsessed with heroism. His in-your-face approach can turn people off or even anger them.

3 He Accepts Kawaki Despite Not Knowing Anything About Him 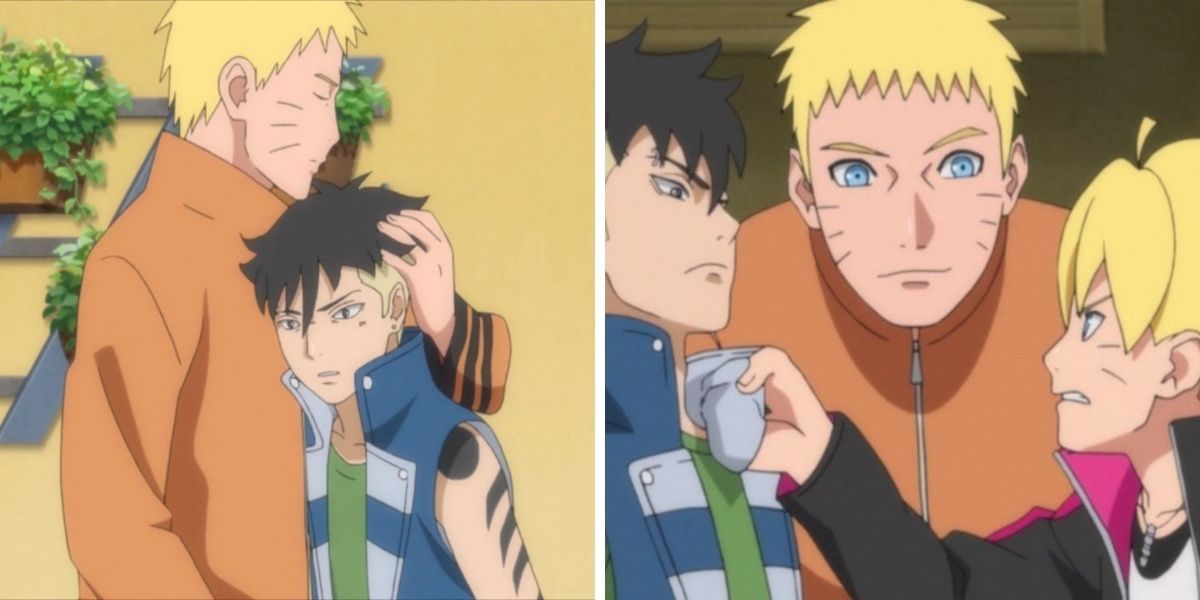 Naruto may seem nosy, but he’s that way for a reason. After meeting Kawaki once, he could sense the boy’s potential. Shikamaru and the other shinobi have every reason to be wary, but that isn’t new for Naruto.

Other than potential, Naruto sees Sasuke in Kawaki, even down to his aloofness. Sasuke walked down the same path, and Naruto succeeded in getting through to him. He may be approaching Kawaki with the same methods, believing that the boy is much kinder than he lets on and deserving of a second chance. 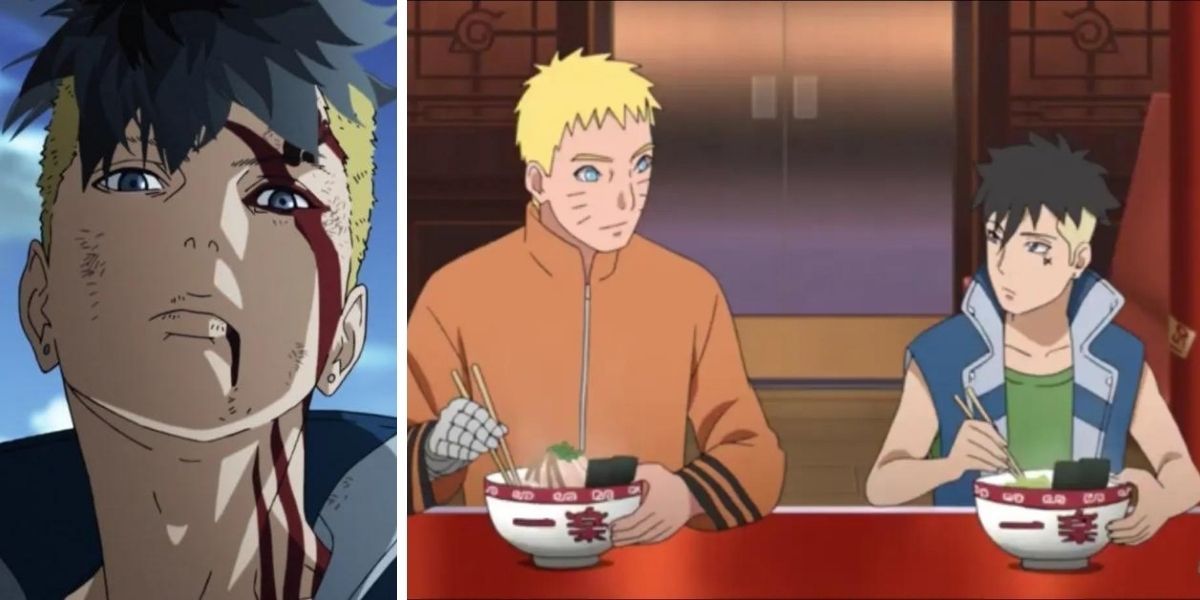 Even with experience, Naruto has a hard time learning that he can’t approach every problem diplomatically. His approach with Kawaki is similar to most strangers, not realizing the boy’s true intentions. Naruto was successful with Sasuke and other villains in the previous series, but that doesn’t mean he shouldn’t be cautious. He’s the Hokage, after all, and there ought to be a limit to Naruto’s naivete, especially for a man his age. 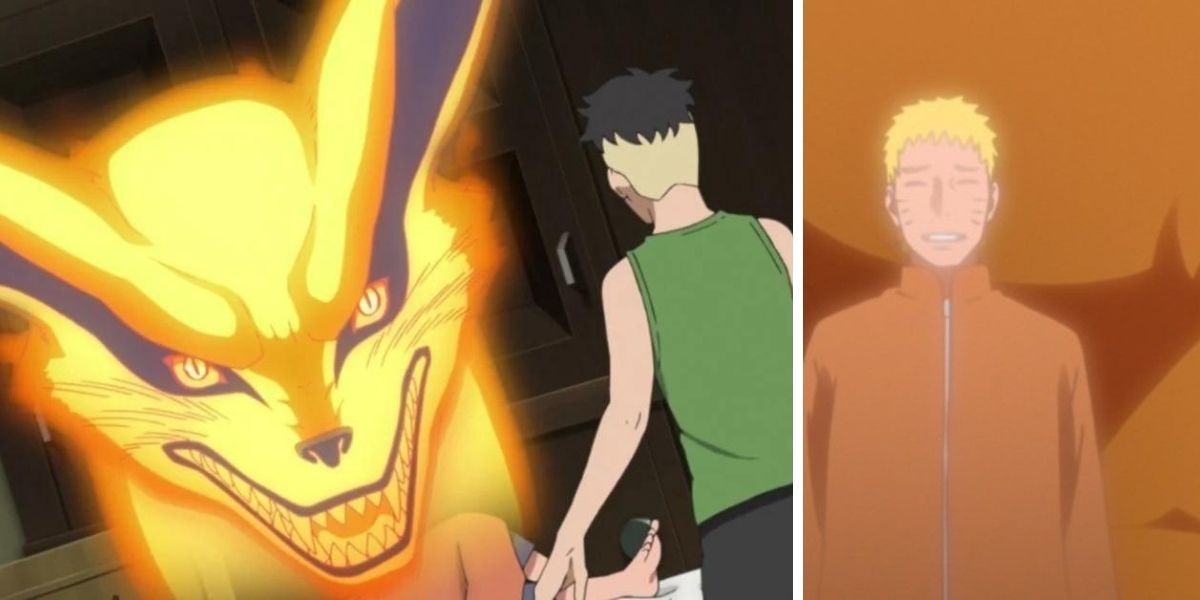 It may be annoying at times, but Naruto has his ways of charming people. He doesn’t bother to sugarcoat what’s on his mind and can appear blunt upon first meeting. But he’s not afraid to be himself and more than willing to extend a hand to a stranger.

In Kawaki’s case, Naruto didn’t see him as a monster despite Shikamaru and the other Leaf shinobi treating him like one. It would be hypocritical if he did — as the former vessel of the Nine-Tailed Fox, Naruto can understand what it’s like to be demonized.