Naruto Uzumaki had an incredibly traumatic adolescent life. He grew up without parents or friends by his side, he was persistently ignored and bullied by the Konoha villagers, and his ninja skills took longer than his fellow peers to bloom – a fact of which his classmates were sure to coldly remind him.

Given this, Naruto could have easily turned evil and chosen a path of revenge rather than good. But instead, he used his trauma to train as much as he possibly could so that he could become the Hokage and be acknowledged by all. His hard work paid off in some shocking ways over the course of the Naruto series.

10 The Time He Mastered Sage Mode Faster Than Jiraiya 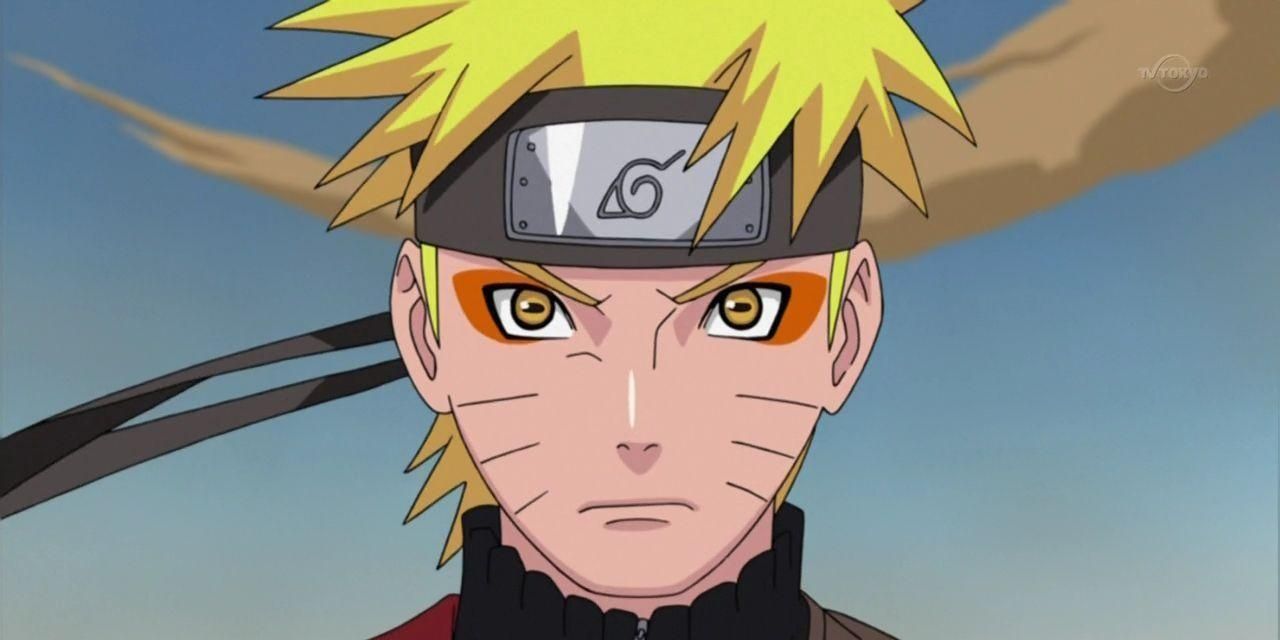 Naruto trained with Fukasaku in Mount Myōboku, the Land of Toads, in order to master Sage Mode. It took Naruto only a week to learn it, unlike his master Jiraiya who had taken much longer.

On top of this, Naruto has better control of natural energy, which means that when he enters Sage Mode, there is little physical change to his body. Jiraiya’s psychical appearance, however, changed drastically. 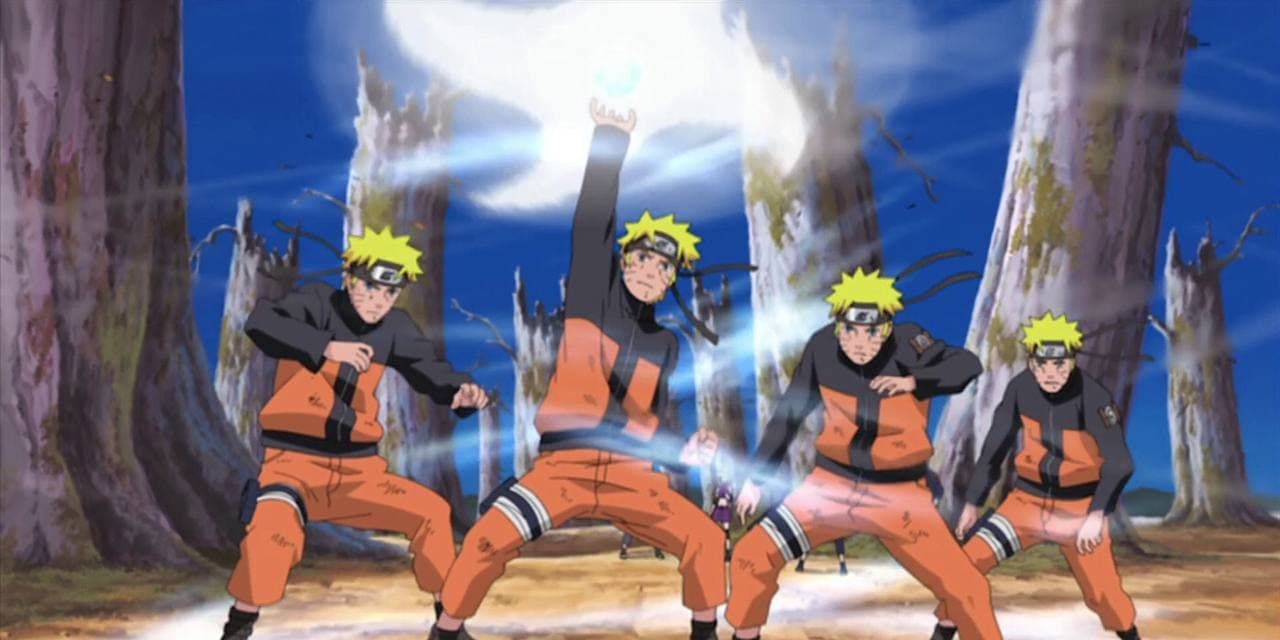 After Naruto perfected Rasenshuriken and used it to defeat Kakuzu, Tsunade deemed the technique too dangerous and prohibited Naruto from using it again. This was because Rasenshuriken caused cellular damage to the user as well as the target.

Luckily, Naruto learned that he could use Rasenshuriken freely once he entered Sage Mode, as the combination of his natural energy and Chakra prevents the damage he’d usually take using Rasenshuriken in his base form. 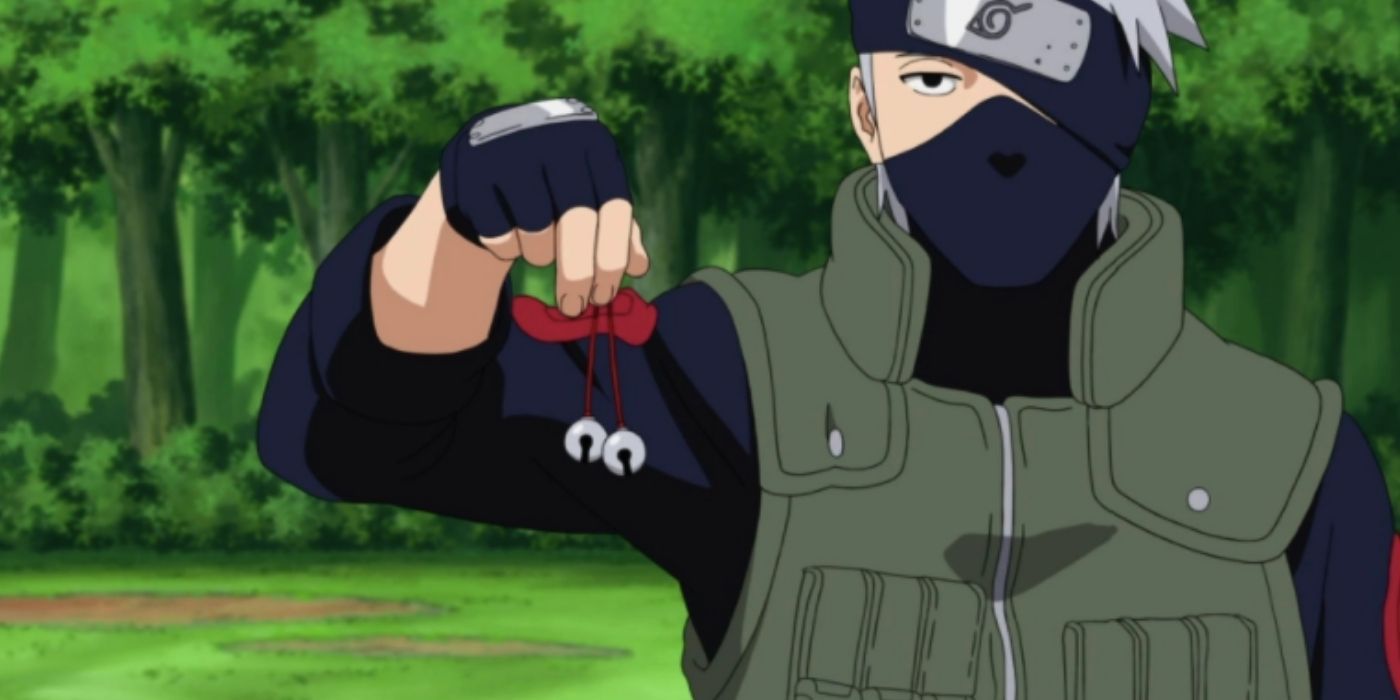 After 3 long years of training, Naruto returned to Konoha, and it didn’t take long before he, Sakura, and Kakashi began the second bell test. Although Team 7 passed the first test, they actually failed to retrieve any bells at the time.

Naruto and Sakura realized that in order to get the bells, they had to stop Kakashi from using both of his hands, so Naruto worked out a master plan of yelling out a spoiler for Make Out Tactics. This forced Kakashi to cover his ears during their attack which lead to Naruto and Sakura’s success as a result.

7 The Time He Beat Neji During The Chūnin Exams 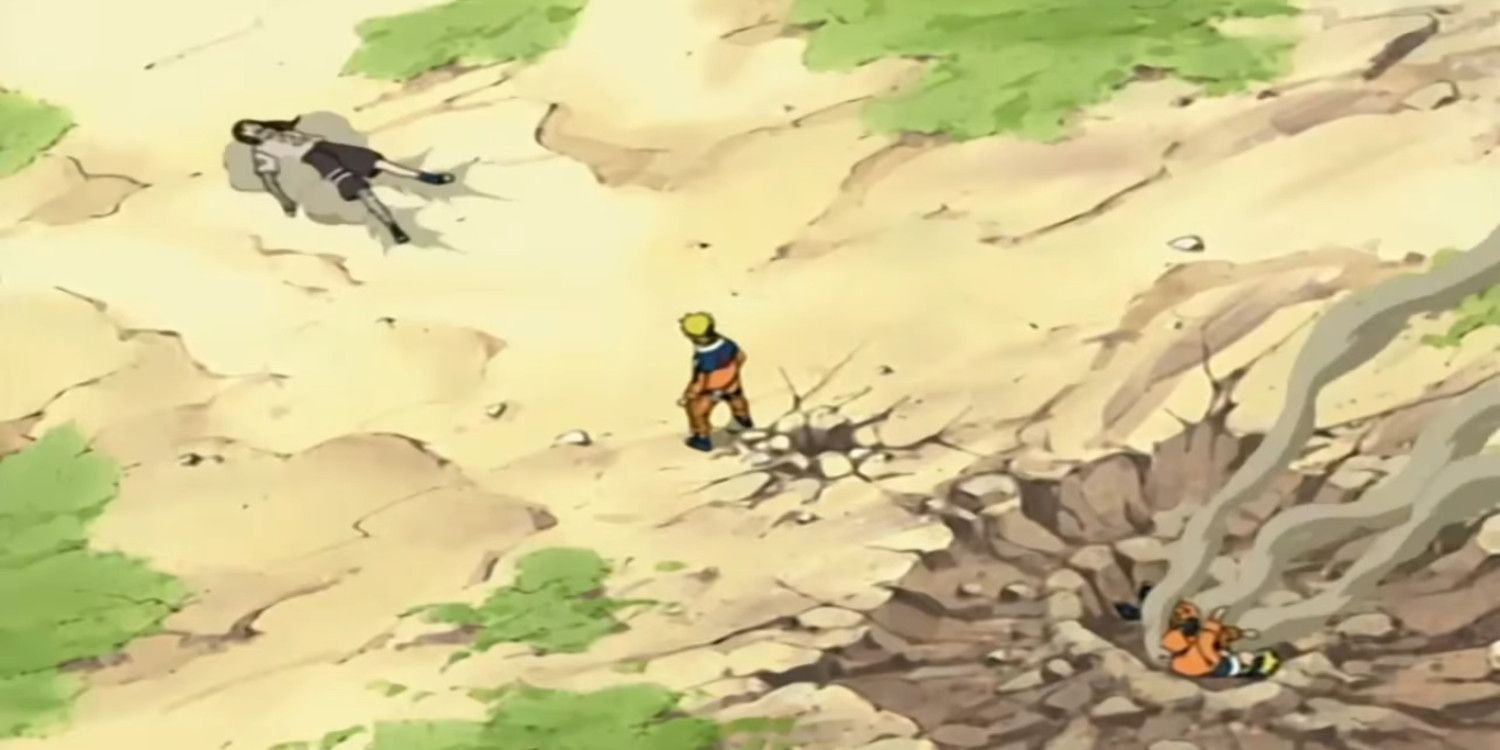 The final stages of the Chūnin Exams involved tournament matches held at a stadium in Konoha. The first fight was between Naruto and Neji, and as the strongest genin at the time, spectators assumed that Neji would breeze through the fight. To everyone’s surprise, however, Naruto was the victor.

Naruto proved his strength and intelligence by using a shadow clone to trick Neji into thinking he’d been knocked out when he actually buried himself underground. Once Naruto reappeared, he took down Neji with a single punch.

6 The Time He Beat Gaara During The Konoha Crush 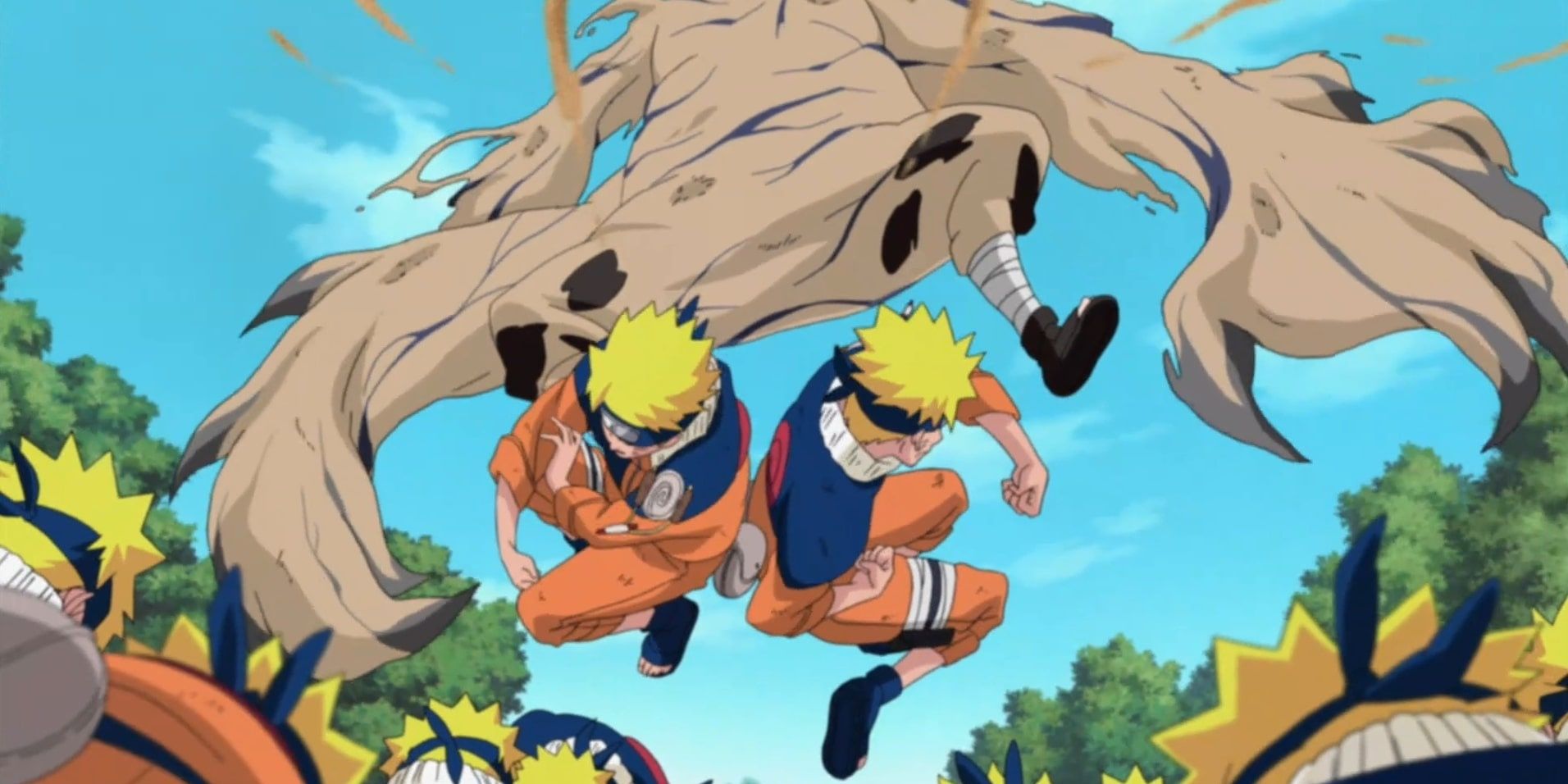 Sasuke and Sakura entered a dangerous battle against Gaara after the Konoha Crush began, and Naruto arrived just in time to help them. Once Gaara lost control and transformed into Shukaku, the One-Tailed Jinchūriki, Naruto summoned Gamabunta, the chief toad of Mount Myōboku.

Naruto used both Gamabunta’s help and the Nine-Tails Chakra to save the day while Sasuke watched in disbelief as he witnessed the extent of Naruto’s progression in strength.

5 The Time He Finally Gained Control Of The Nine-Tails 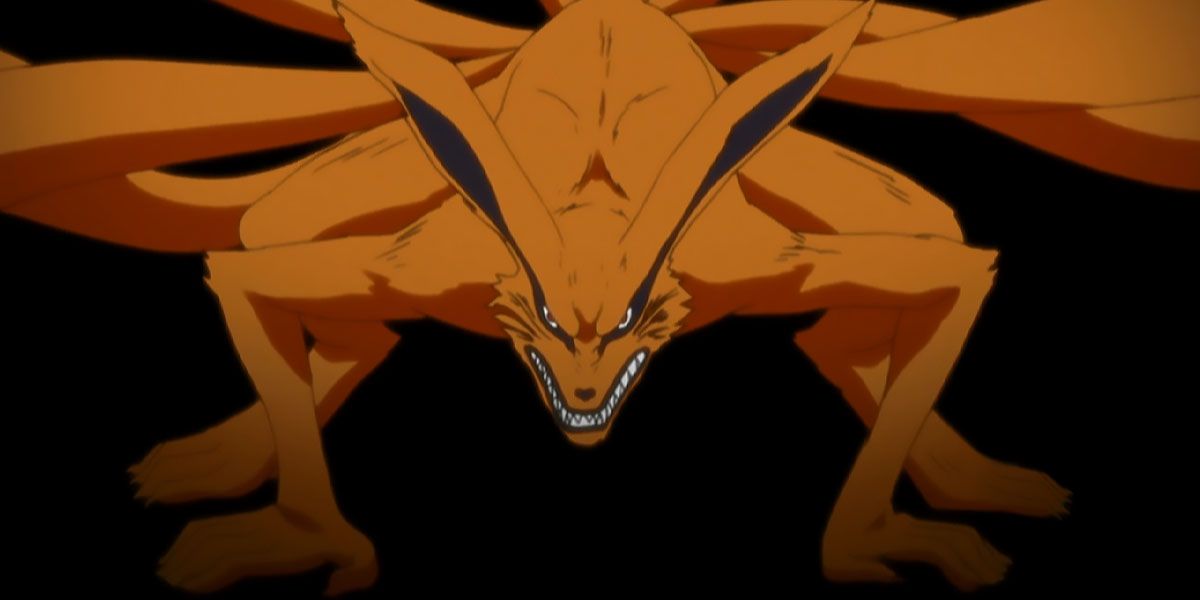 Once Naruto made peace with his dark self at the Falls of Truth, he was ready to gain control of the Nine-Tails. With the help of Killer B and the Eight-Tails, plus his mother who he met during the process, Naruto approached Kurama, undid his seal, and started the battle.

Although Kurama put up an incredible fight, Naruto eventually gained the upper hand and won by entering Sage Mode then using a senjutsu-enhanced Ultra-Big Ball Rasengan.

4 The Times He Never Gave Up On Sasuke 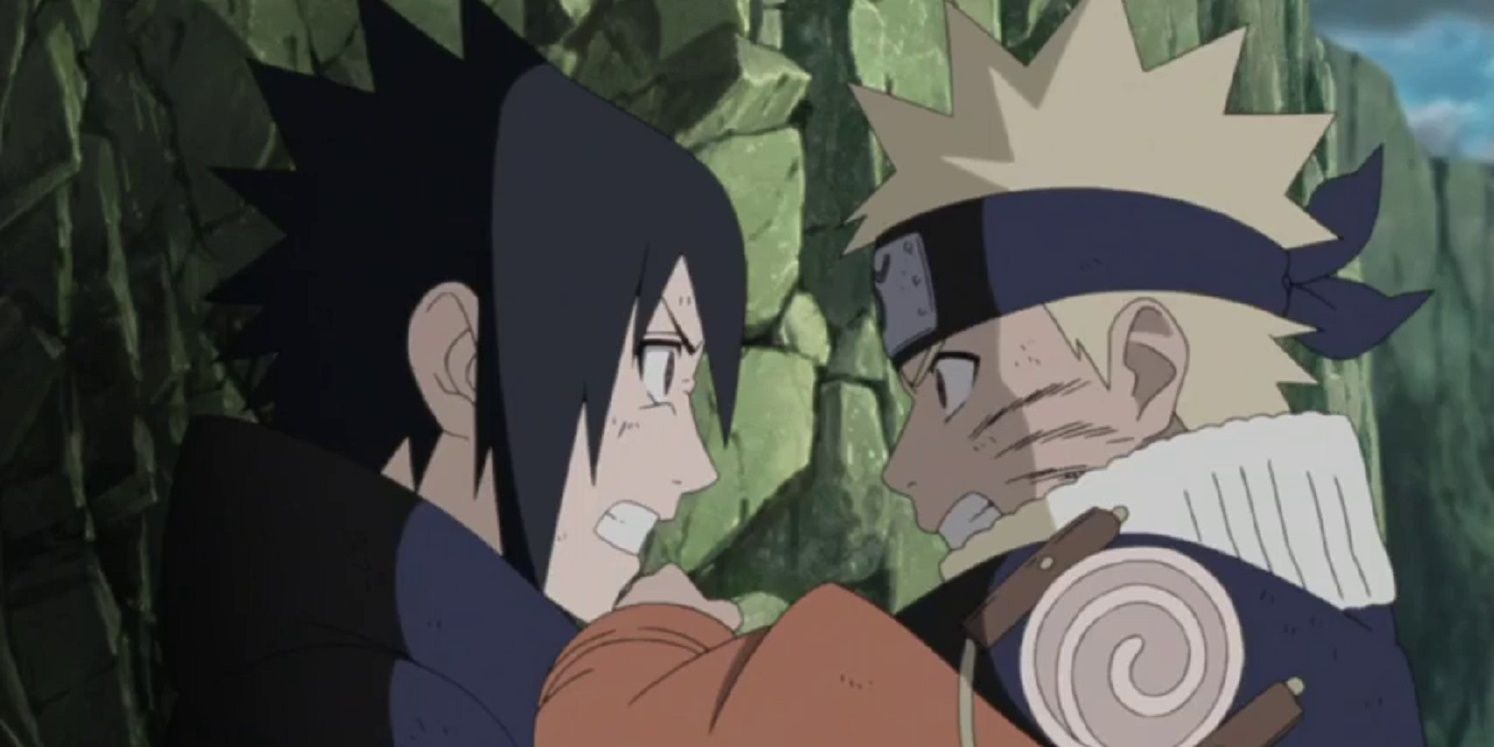 Naruto has proved on many occasions that he is a formidable ninja through both psychical abilities and his strong sense of loyalty towards his comrades. This was always especially true when it came to Sasuke.

Despite how many horrific crimes Sasuke’s committed and how badly he treated everyone, Naruto never gave up on his old friend and consistently tried to bring him back to the village – even if that meant putting his own life on the line. 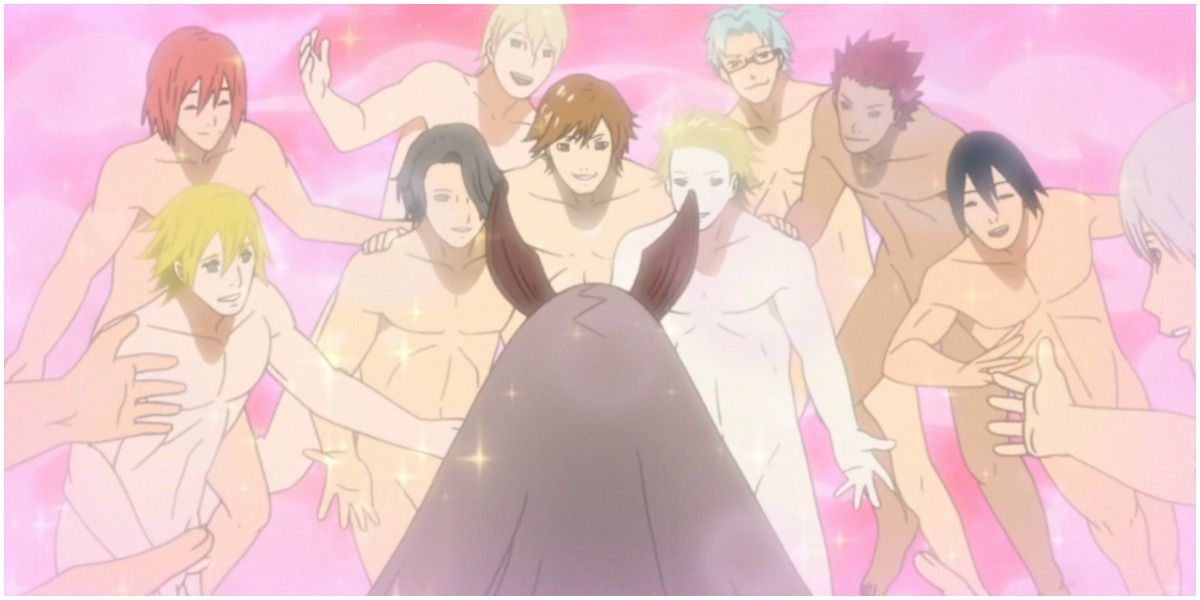 Naruto was dubbed by the masses as the number one unpredictable ninja, and for good reason. During Team 7’s battle against Kaguya Ōtsutsuki, the situation looked dire, but Naruto had a trick up his sleeve to help him land a blow on Kaguya: his Sexy Technique. Once he confirmed with Sasuke that he was going to use “that” jutsu, he launched himself at Kaguya, and to everyone’s surprise, especially Sakura’s, it worked.

2 The Time He Finally Brought Sasuke Back

After Team 7 beat Kaguya Ōtsutsuki and saved the world, Sasuke attempted to kill Naruto once and for all. At the time, Sasuke decided he was going to become Hokage in order to reestablish the village and bear all pain and problems that came with that alone. Gaining control of every tailed beast and killing Naruto was essential to his success.

Luckily, his plan never came to fruition, and once he lost, he finally acknowledged Naruto’s burning desire to save and protect his friends. From then on, Sasuke changed his way of thinking, eradicated his hatred, and finally returned to the Leaf Village.

1 The Time He Beat Pain And Saved The Entire Village 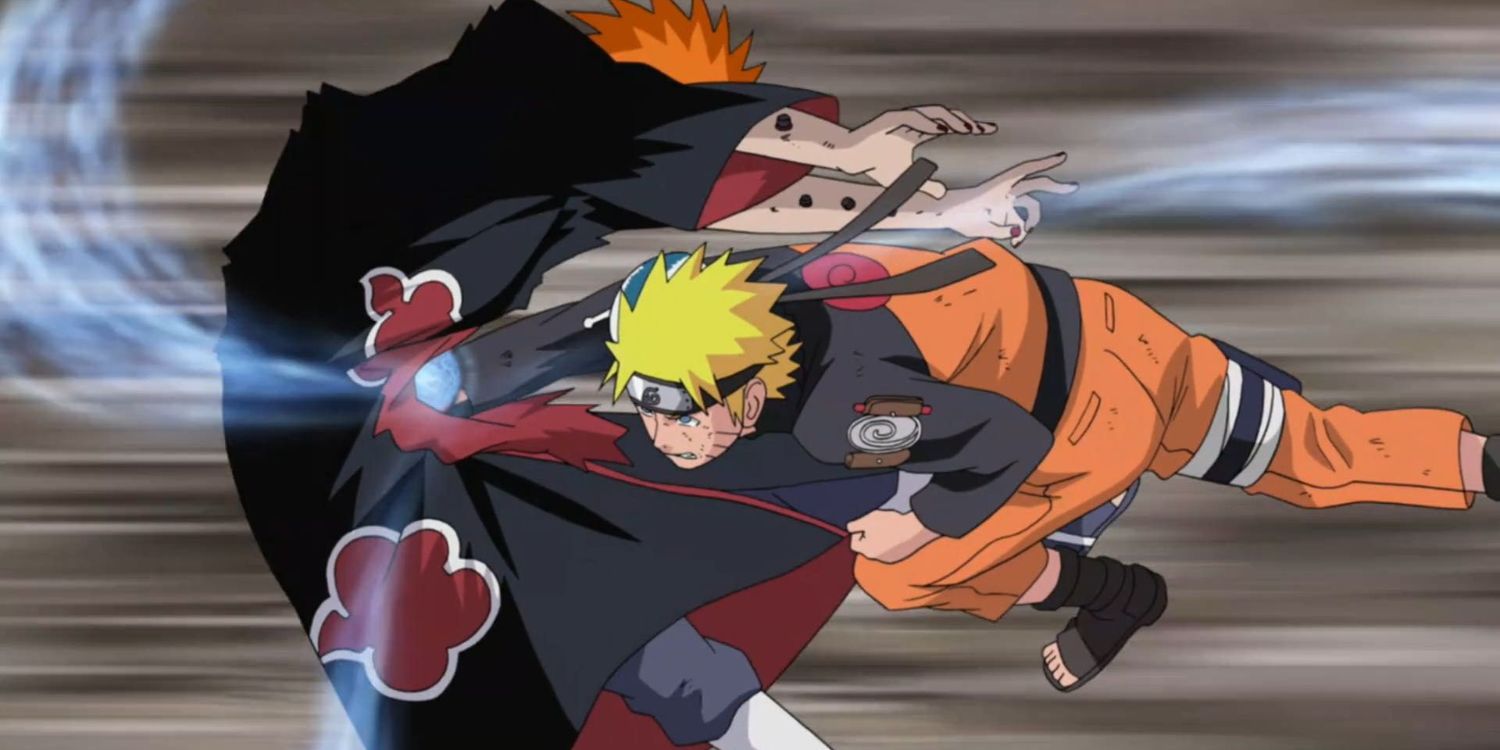 Going up against Pain was undoubtedly one of the most important moments for Naruto as a shinobi. Although the villagers slowly started to acknowledge his strength before this infamous battle, after he beat Pain, the entirety of Konoha truly celebrated Naruto for the incredible ninja that he’d become.

The village may have been reduced to ruins, but because he managed to change Nagato’s heart, those who had died before Naruto arrived were resurrected as a result of Nagato’s Outer Path — Samsara of Heavenly Life Technique.