Thanks to the Naruto franchise’s undying popularity and influence, Naruto Uzumaki became the default depiction of an anime ninja. The attention isn’t unwarranted as well, since Naruto, his friends, and their enemies are some of the most powerful ninja to ever exist.

That said, Naruto isn’t the only godlike ninja in anime. From historical ninja to those who adopted the title in only the broadest senses, these masters of assassinations and stealth are just as strong — or even stronger — than Naruto ever was.

10 Ninja Scroll – Jubei Kibagami Is A Master Of Exploiting Weaknesses 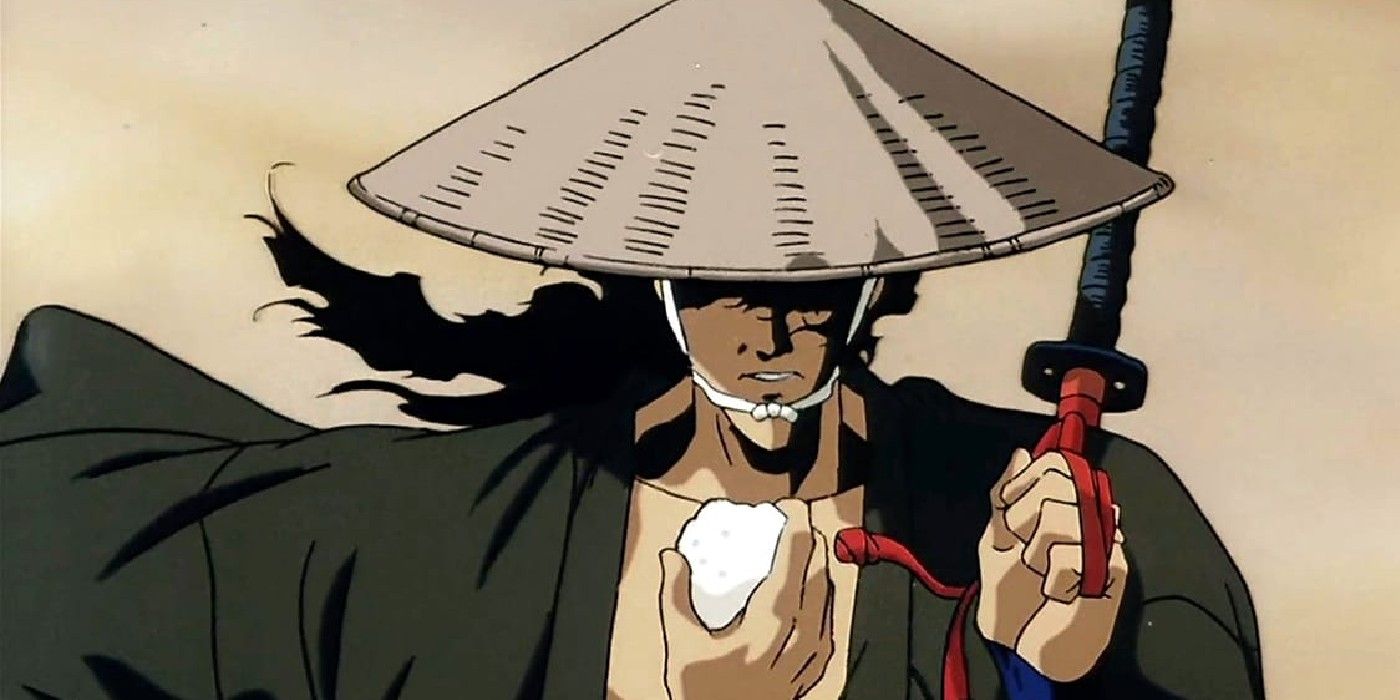 Before Naruto made his debut, Jubei of Ninja Scroll was the definitive anime ninja. Though his skillset and preference for a katana may make him seem more like a samurai than a stereotypical ninja, Jubei’s versatility is actually historically accurate. It’s also stated that Jubei served the Yamashiro clan as a ninja before he killed its leader for his betrayal.

What makes Junbei one of the strongest anime ninja around isn’t his signature ability to weaponize the wind with his sword strikes, but his knack for spotting his enemy’s weak points and exploiting them seconds later. It’s thanks to these instincts that he was able to kill the supernaturally empowered Eight Demons of Kimon and live to tell the tale. 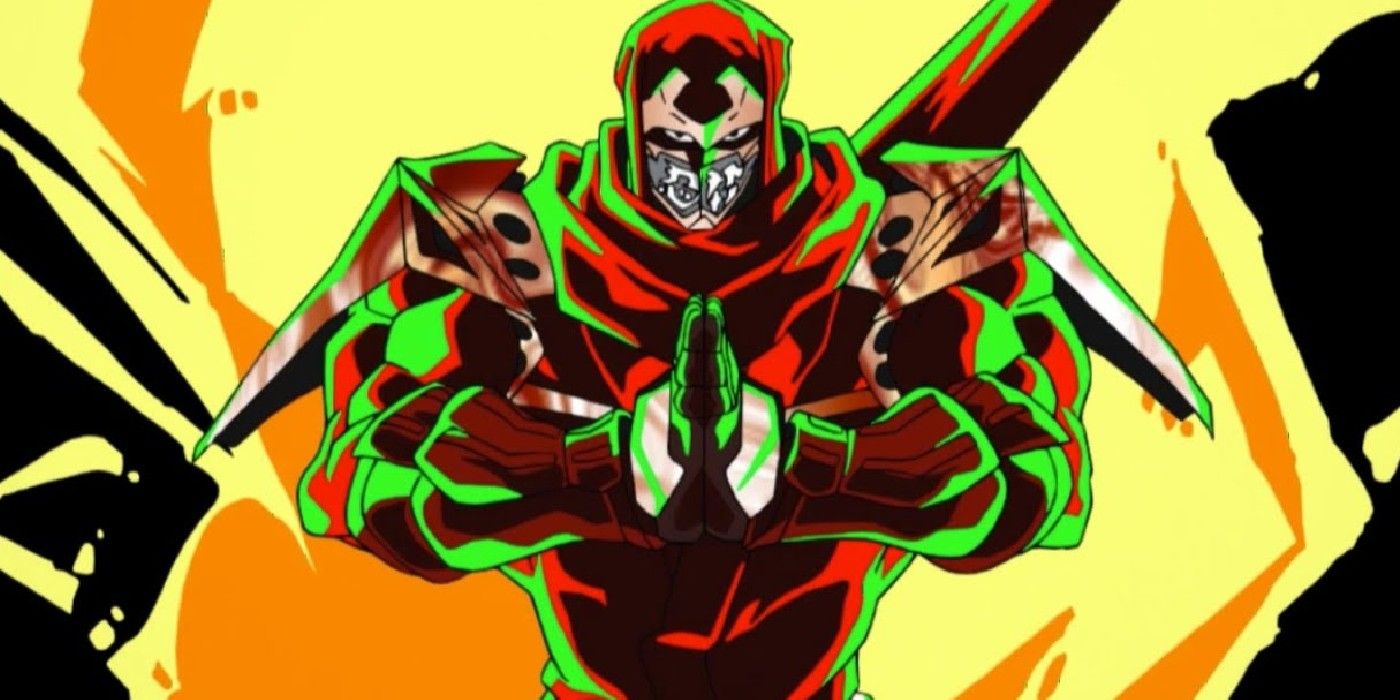 The hellish city of Neo-Saitama is dominated by evil ninja, and the unremarkable salaryman Kenji Fujikido has had enough. After his family is mercilessly caught in a gang war’s crossfire, Kenji gets possessed by Naraku Ninja, a furious ninja who wants to kill every single ninja in Neo-Saitama. Together, they become vengeance made flesh in Ninja Slayer.

On top of his impressive agility and speed, Ninja Slayer’s punches and strikes are so strong that they make villains explode into geysers of blood and limbs. Though the parodic Original Net Animation (ONA) presents Ninja Slayer’s abilities as an over-the-top gag, it’s still one of the bluntest and most violent displays of an anime ninja’s strength. 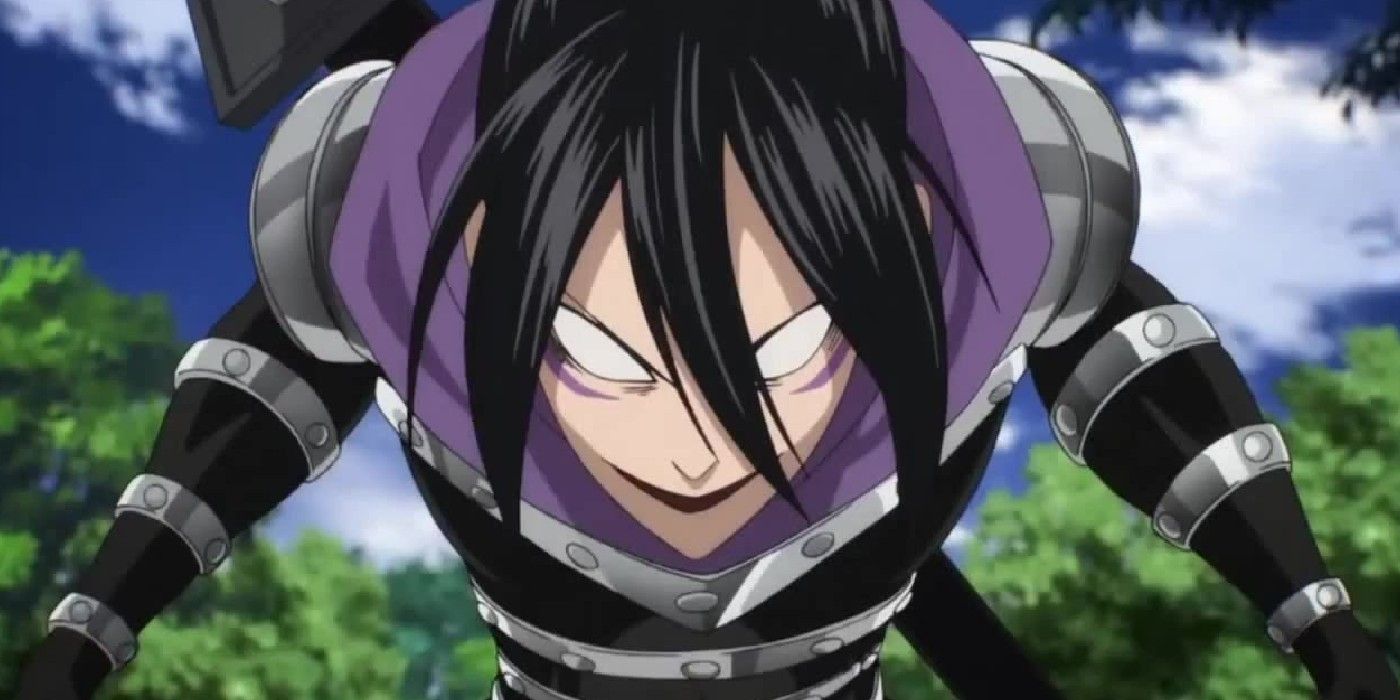 Humorous reputation aside, Speed-O-Sound Sonic is unquestionably one of the deadliest ninjas in One-Punch Man. Trained from birth to master all of a ninja’s necessary skills, Speed-O-Sound Sonic achieved superhuman speed before he “graduated” (read: survived) from his hellish village.

It’s only by dumb luck that Speed-O-Sound Sonic was outclassed and reduced to a recurring gag by Saitama after his humiliating loss to the god-tier hero. If not for the fact that he lives in a world populated by superpowered heroes and villains, Speed-O-Sound Sonic would be one of the most powerful people alive. 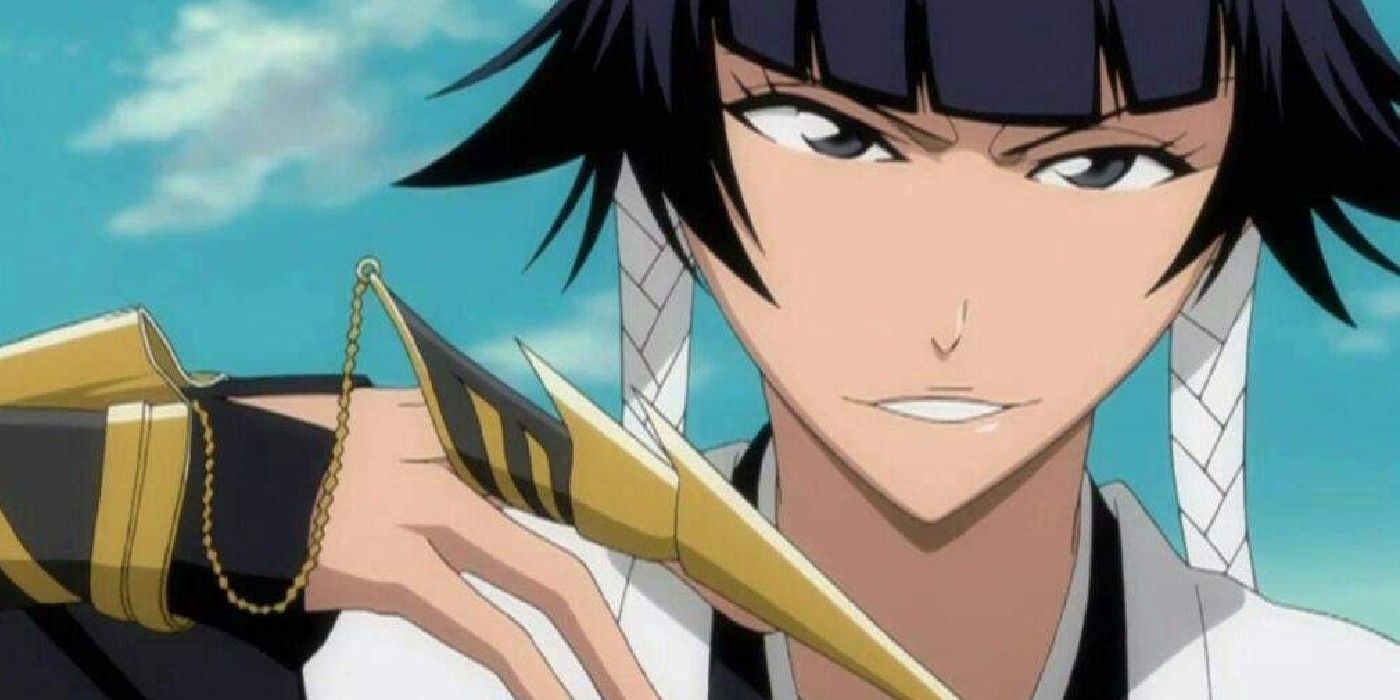 As the captain of the Second Division, also known as the Stealth Force, Sui-Feng is undoubtedly Soul Society’s top ninja and assassin. Her finger-sized Zanpakuto, Suzumebachi, complements her reputation as a master of stealth by killing her enemies after just two stings — provided, of course, she hits the same place twice.

Though this sounds like a handicap, Sui-Feng is fast and skilled enough to maximize her Zanpakuto’s specialization. Besides that, she’s also a master of Shunpo (flash step) and Hakuda (hand-to-hand combat), surpassed only by her mentor. And if all else fails, Sui-Feng’s Bankai is a giant missile launcher that can wipe out her enemies in a single hit. 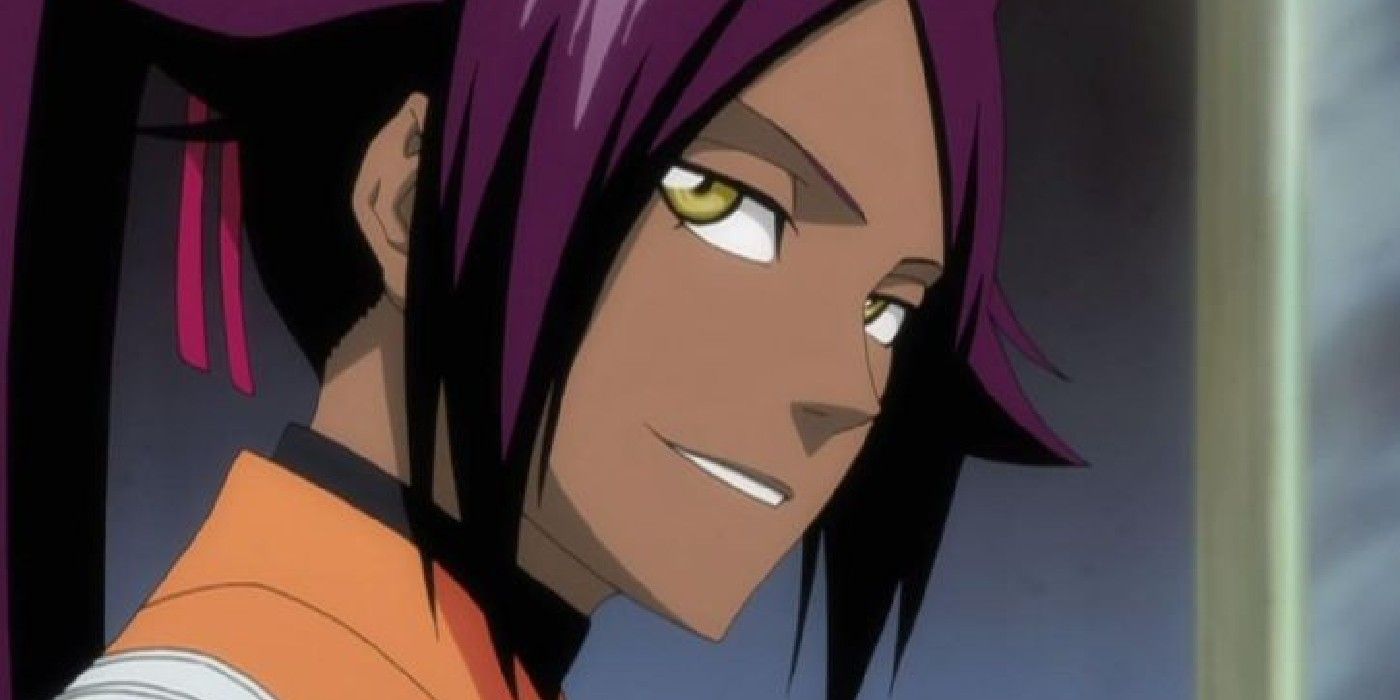 Even before her exile, Yoruichi was already one of the strongest Shinigami in all of the Soul Society. Not only was she the Second Division’s ex-captain, but she’s such a master of Shunpo and Hakuda that she practically founded Soul Society’s usage of it. By the time she resurfaced, she was strong enough to defeat the entire Second Division in mere seconds.

She’s even stronger in the manga, where she unleashed her ultimate form, Shunko: Raiju Senkei: Shunryu Kokubyo Senkei, during the Quincy invasion of Soul Society. By temporarily sacrificing her intellect for that of a cat’s, Yoruichi becomes an almighty and unstoppable cat-like being of pure instinct and lightning.

Batman is basically DC Comics’ most famous ninja, so it was inevitable that hewould get the anime treatment. When Batman was thrown into feudal Japan without his tech, viewers assumed that he’d go old-school and rely on the era’s weapons and tactics to become a classic ninja. However, Batman Ninja had something else in mind.

In the final fight against the Joker’s giant robot Lord Joker, Batman channels the way of the ninja by summoning the Batgod, a giant version of the Dark Knight made from legions of monkeys and bats. While not stealthy in any conceivable way, Batman has almost every other anime ninja outclassed in terms of the raw power that Batgod wields. 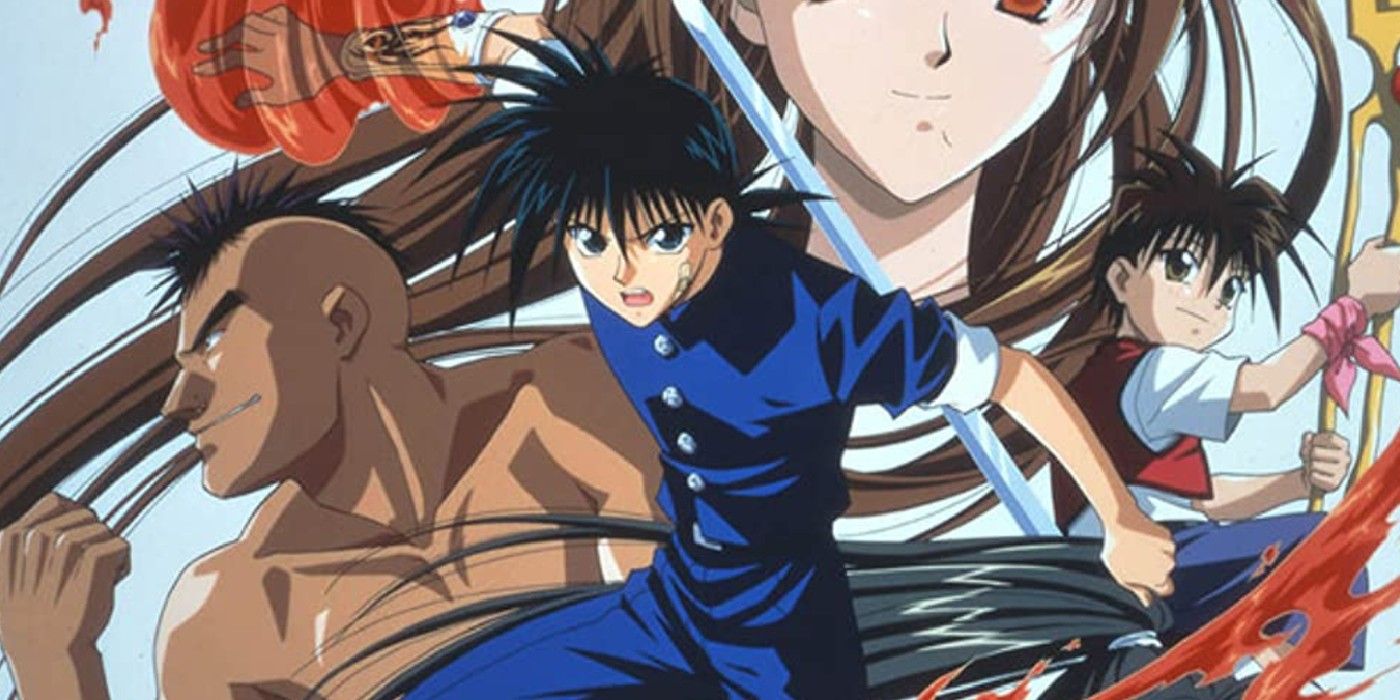 As the time-displaced son of a ninja clan originally from the Sengoku era, Recca was literally a powerful ninja from birth. Additionally, Recca always had the ability to create fire, but his power only increased as he grew older thanks to the awakening of the Eight Flame Dragons that resided in his self-made flames.

The Eight Flame Dragons are actually the spirits of the past leaders of Recca’s ninja lineage, and they bless him with their power if he earns their respect. It takes the entirety of the anime for Recca to be acknowledged by the dragons, but when he finally was, he was powerful enough to simultaneously summon all eight and channel their combined strength.

Though he’d officially be classified as an assassin, Hei’s look and skills all but make him a superpowered ninja. That, and fans refer to him as such. Hei is a black ops assassin whose Obeisance-free Contractor ability to manipulate electricity only made him more lethal than he already was. However, this was just the tip of the iceberg.

Hei’s control of electricity was just the most basic manifestation of his true Contractor abilities, which allowed him to alter matter at a quantum level. At full strength, Hei could essentially rewrite reality if he chose to, though the most he did in the anime was blow up a large part of South America during the Heaven’s Gate Incident.

Since it’s set in a sci-fi version of feudal Japan, Gintama is unsurprisingly filled with ninja. That said, Utsuro is easily the strongest of them all because of one very specific caveat: he’s immortal. Born with an unnaturally high amount of Altana energy in his body, Utsuro wasn’t just ageless, but he had rapid regenerative healing abilities as well.

By Gintama‘s present, Utsuro was estimated to be almost 1,000 years old, though even he couldn’t remember the exact number. In fact, Utsuro is just an alias he took up after forgetting his original identity. Thanks to centuries of fighting and dying, Utsuro became an impossibly strong and skilled fighter who could only find fulfillment in endless slaughter.

Typically, a magical girl would be something of a cross between a fairy and a warrior. That isn’t the case in Jubei-Chan: The Ninja Girl, where the ordinary high school girl Jiyu becomes the female reincarnation of the historical ninja Yagyu Jubei when she dons a magical eyepatch. In brief, the eyepatch lets her inherit the ancient ninja master’s combat expertise and prowess.

Unfortunately, Jiyu also inherited her ancestor’s blood feud with the Ryujoji Clan, who swore to avenge their honor after Yagyu nearly wiped them out centuries years ago. This is where Jiyu’s true power comes in; basically, Jiyu can end the very concept of vengeance. Whenever Jiyu defeats a Ryujoji assassin, she also liberates them from the ancient grudge that took over their lives.

Boruto: 10 Things Every Fan Should Know About Code