Although subtle, manga fans could spot the hints that built up Naruto and Hinata’s relationship. Anime fans might’ve had a hard time following Naruto and Hinata’s budding romance, but manga readers had an easier time picking up on these subtle hints.

There are a few particular moments that didn’t make it into the anime that manga readers would know better. 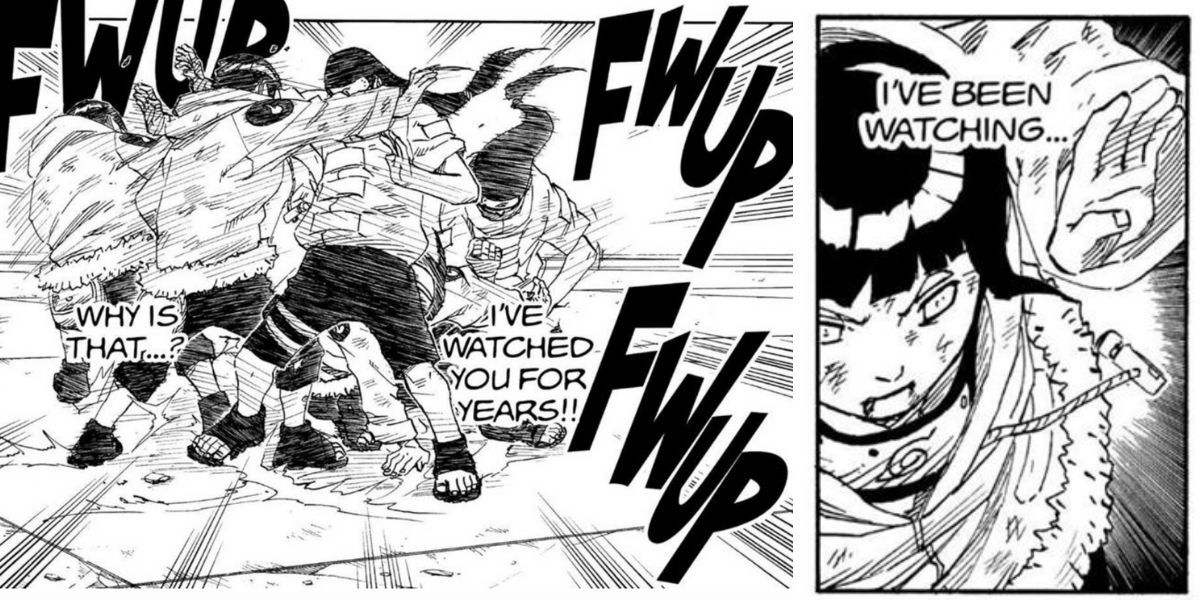 Although elaborated on in The Last: Naruto the Movie, Hinata’s crush on Naruto was evident in the manga. As she fights Neji, Hinata remembers the times she watched over Naruto in their earlier days as genin. In her flashbacks, a young Naruto flashes through her mind, and she reflects on the years she’s spent watching over him. The movie only emphasizes their childhood bond.

9 Chapters 75 Through 77: Hinata and Naruto Cheer Each Other On 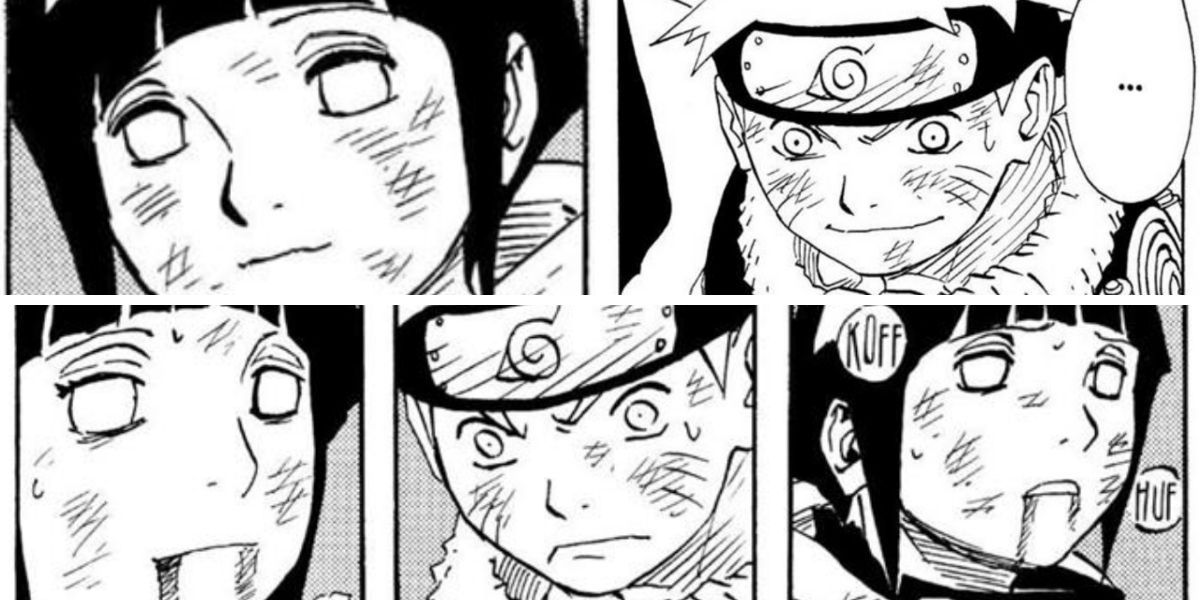 During the Chunin Exams, Hinata and Naruto exchanged silent cheers for one another. At first, Hinata struggled to choose between Naruto and her teammate, Kiba Inuzuka. But as the match progressed, she found herself slowly siding with Naruto, even showing concern when he was hurt. Hinata is aware of Naruto’s resilience and knows he will keep getting up no matter how much he’s injured.

Hinata’s match follows Naruto’s when she faces off against her cousin, Neji Hyuga. Naruto takes time to pay attention to Hinata, observing her resolve against Neji. Upon seeing Hinata’s refusal to give into Neji’s verbal abuse, Naruto smiles with a nod of approval, acknowledging her inner strength.

8 Chapter 98: Before His Fight Against Neji, Naruto Tells Hinata He Likes People Like Her 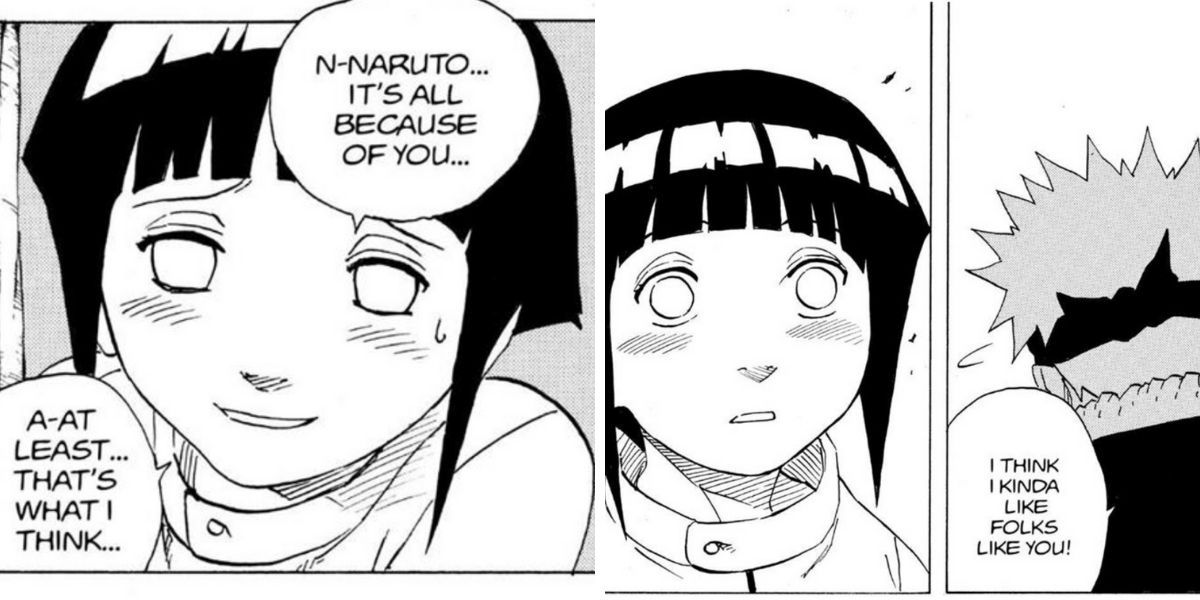 Just before the Chunin Exam finals, Naruto finds himself back at the old training grounds and sees Hinata standing amongst the pillars. The two have a short talk, where Hinata tells Naruto that she always feels inspired when watching him.

Naruto is touched by her words and thanks her for cheering him up. But just as he leaves, Naruto gives Hinata his thoughts on her. At first, he only saw her as dark, timid, and gloomy, but now he “likes people like her.”

7 Chapter 105: Naruto Searches For Hinata To See If She’s Watching Him 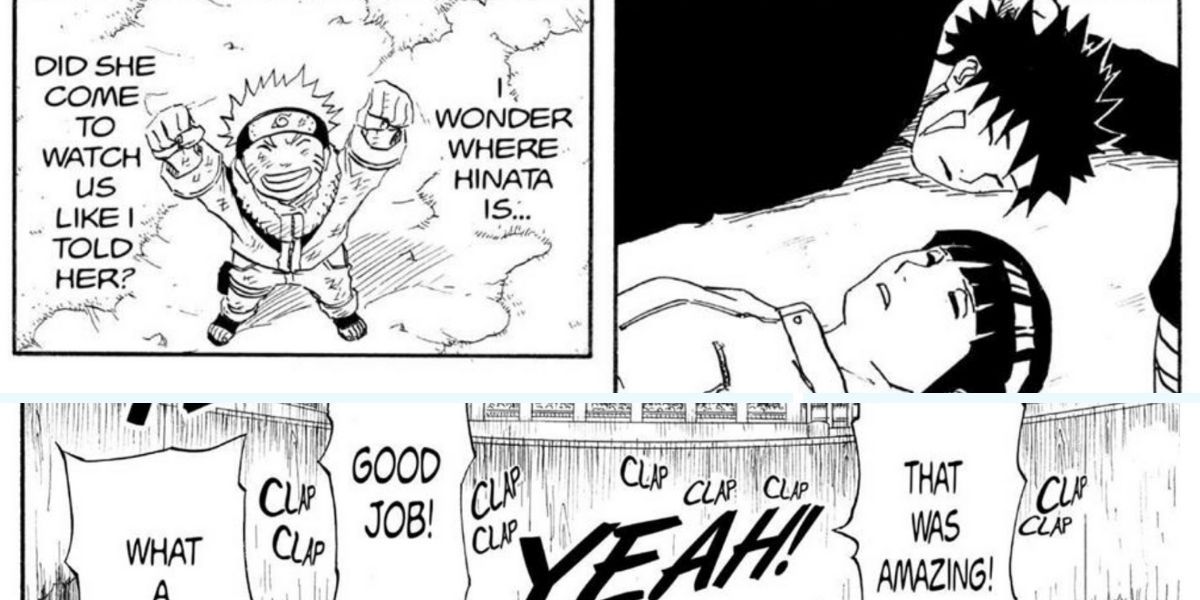 After Naruto wins his match in the finals, he feels encouraged by the crowds cheering him. He had just defeated a member from the mighty Hyuga Clan with his strength alone, after all.

As he takes in the crowd’s cheers, Naruto wonders if Hinata’s watching him from the bleachers. It turns out that Hinata came to the match as promised but passed out before seeing Naruto’s victory. 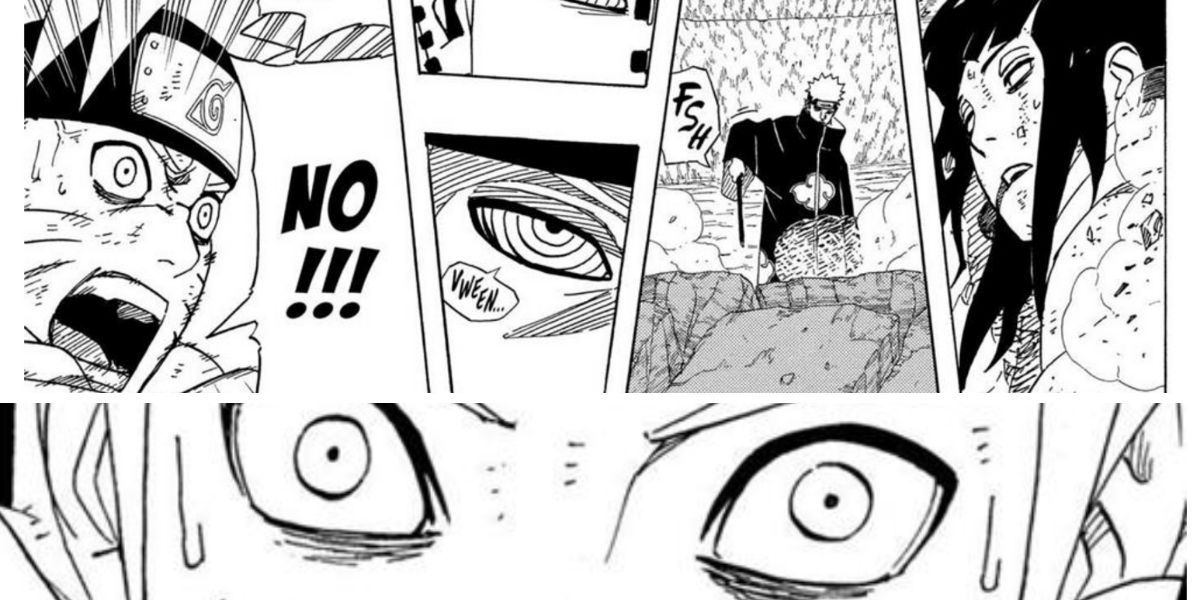 Other than vowing to avenge Hinata, there have been several instances where Naruto has shown concern for Hinata’s well-being. One particular instance was Naruto going on a rampage after he assumed Pain killed Hinata in Chapter 437.

The panels on the page show Naruto reaching his limit upon seeing Pain administer the final “stab.” Before Hinata stepped in to defend him, Naruto warned her to run because he knew she couldn’t beat Pain. But Hinata stood her ground, steadfast in her ninja way, and made her confession knowing that she would possibly die.

5 Chapter 559: Naruto And Hinata Can See The Truth In Each Other’s Eyes 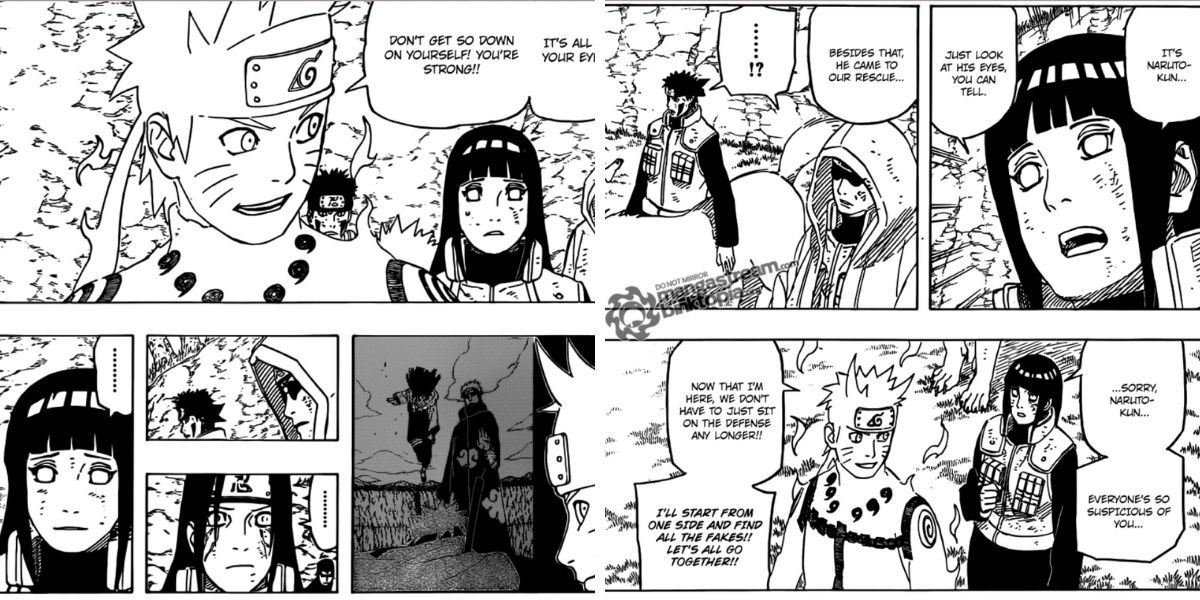 Naruto and Hinata’s bond is much stronger than fans may seem to think. In Chapter 559 of the manga, Neji accuses Naruto of being a White Zetsu clone in disguise. However, Hinata interjects and defends Naruto, telling them that she can distinguish the true Naruto by his eyes. Naruto returns the favor and compliments Hinata’s strength, reflecting on her failed attack on Pain.

4 Chapter 677: Naruto Senses Hinata Calling Him From The Infinite Tsukuyomi 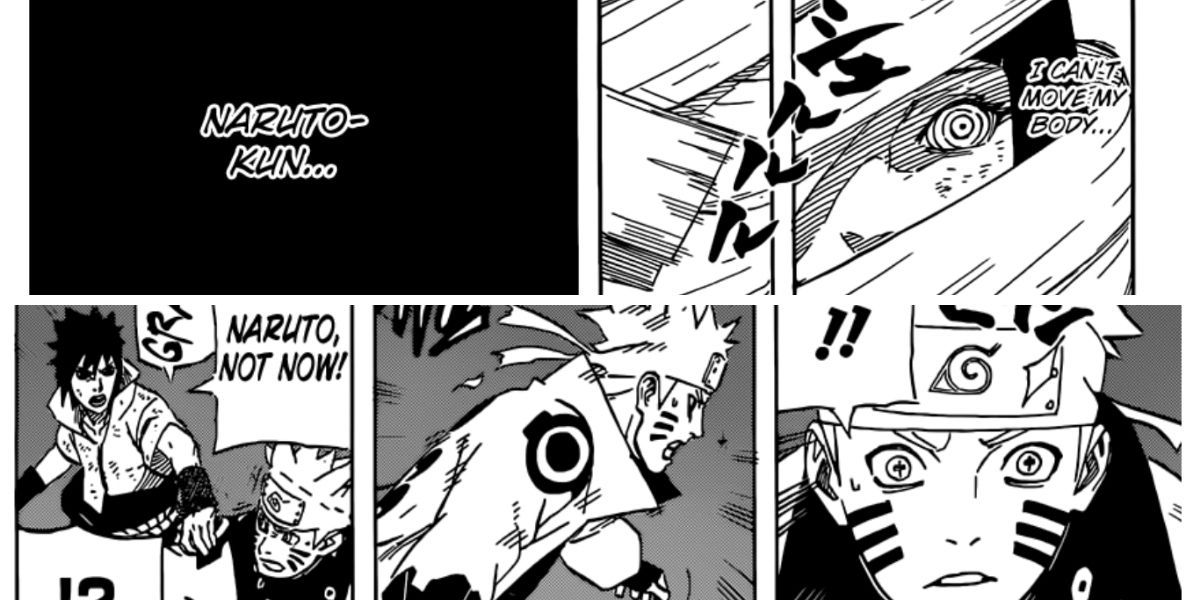 In Chapter 677, during the Fourth Great Ninja War, Hinata was one of the first group of shinobi caught in Madara’s Infinite Tsukuyomi. Paralyzed by the Rinnegan, the tree’s branches slowly engulf her body.

Hinata had no choice but to stare at the Sharingan moon, slowly losing her mind to the genjutsu. Her last words, “Naruto,” echo in Naruto’s mind, and he attempts to rush to her aid. However, Sasuke stops him from going; he needed to keep him focused on the battle in front of them.

3 Chapter 700.5: Hinata Makes Naruto Lunch Before He Goes To Work 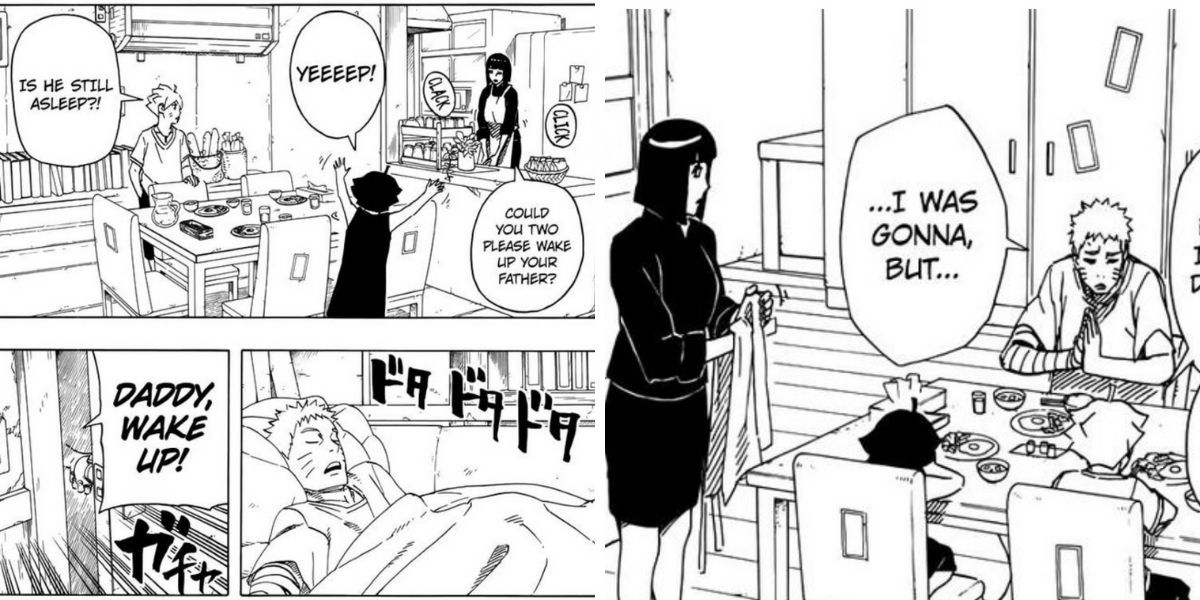 Naruto has now assumed the position of Hokage; everything is smooth sailing, and the only thing he needs to do is get out of bed. He has a bad habit of sleeping in, but that’s what children are for.

In Chapter 700.5 of the manga, Hinata can be seen in the kitchen preparing Naruto’s lunch for his inauguration ceremony. Their house is a peaceful one, and the couple is now blessed with two children: Boruto and Himawari. Hinata’s gesture is a simple one but still filled with love. 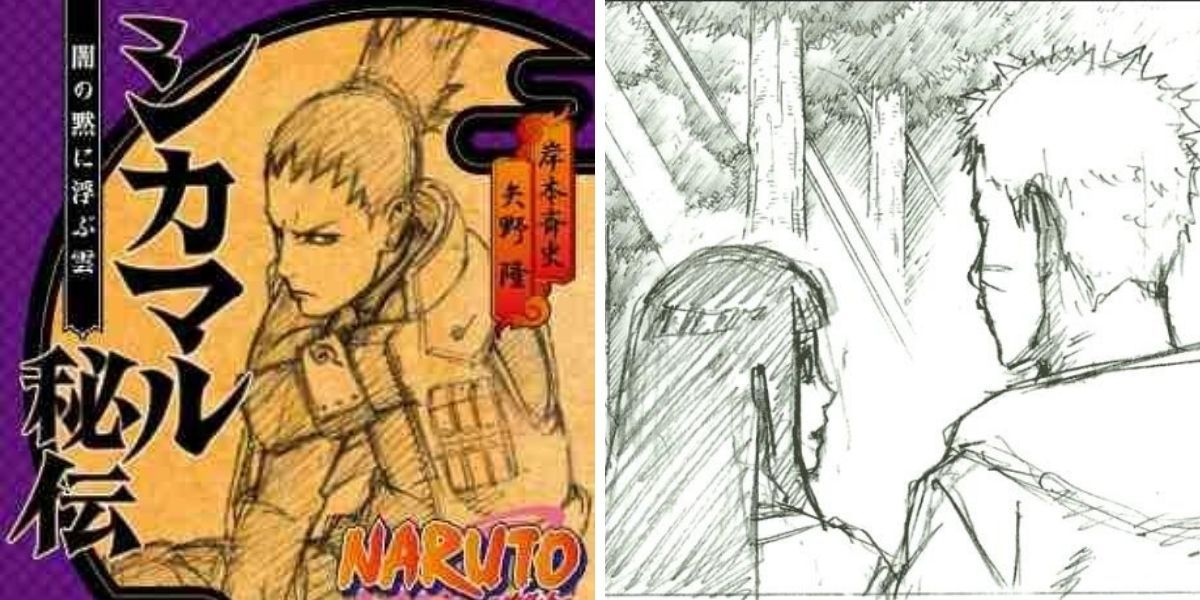 After Naruto ended, a few novels and side stories were published alongside the last chapters of the manga. One, in particular, is Shikamaru’s epilogue: Naruto: Shikamaru’s New Story – A Cloud Dancing in Forlorn Falling Petals.

The story focuses on Shikamaru’s life after the Fourth Great Ninja War, but Naruto and Hinata still appear. According to Sakura, the two were spotted hanging out around the village.

1 After The Last: Naruto And Hinata Go On Dates 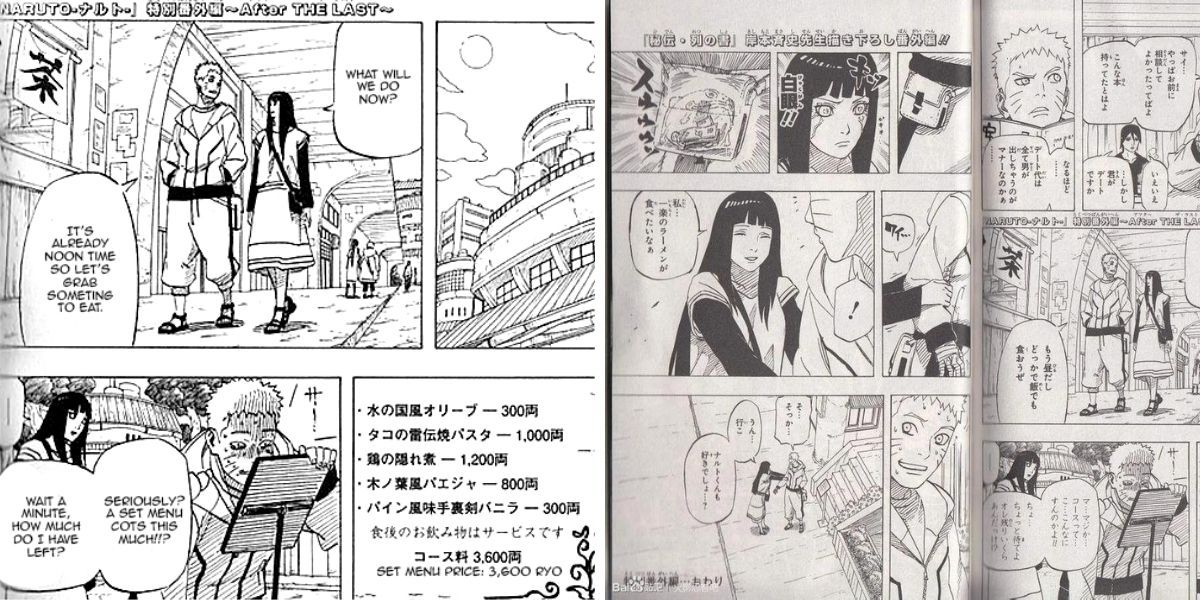 Like Shikamaru’s epilogue, there’s an extra chapter highlighting Naruto and Hinata’s blossoming romance in more detail; the story is called After the Last and is only known to manga readers.

In this particular spin-off manga, Naruto and Hinata spend more time together and going on dates. It’s a sweet sight for NaruHina fans who may be looking for more reasons to celebrate their romance.