Though the Naruto franchise is, at its core, about shinobi overcoming their differences to save the world, it also features a healthy dose of romance. The title character ends up with former classmate Hinata Hyuga after she had a crush on him all through her formative years. Naruto didn’t initially realize the depth of her feelings, but he probably should have since their affection for each other actually helped them both stand up to their enemies more than once.

While Naruto eventually becomes an incredibly powerful shinobi, he doesn’t start his journey that way. Not all of his strength is a result of the Nine-Tailed Fox inside of him; it takes a lot of hard work and dedication to learning new skills. Hinata sees that in him early and tells him so often.

She has complete faith in his abilities, even when he’s still the immature “knucklehead” he terms himself to be. He might be making mistakes and saying the wrong thing, but Hinata never hesitates to stand beside him in a confrontation when they’re assigned to the same team in filler episodes.

9 Naruto Inspires Hinata To Be A Better Shinobi 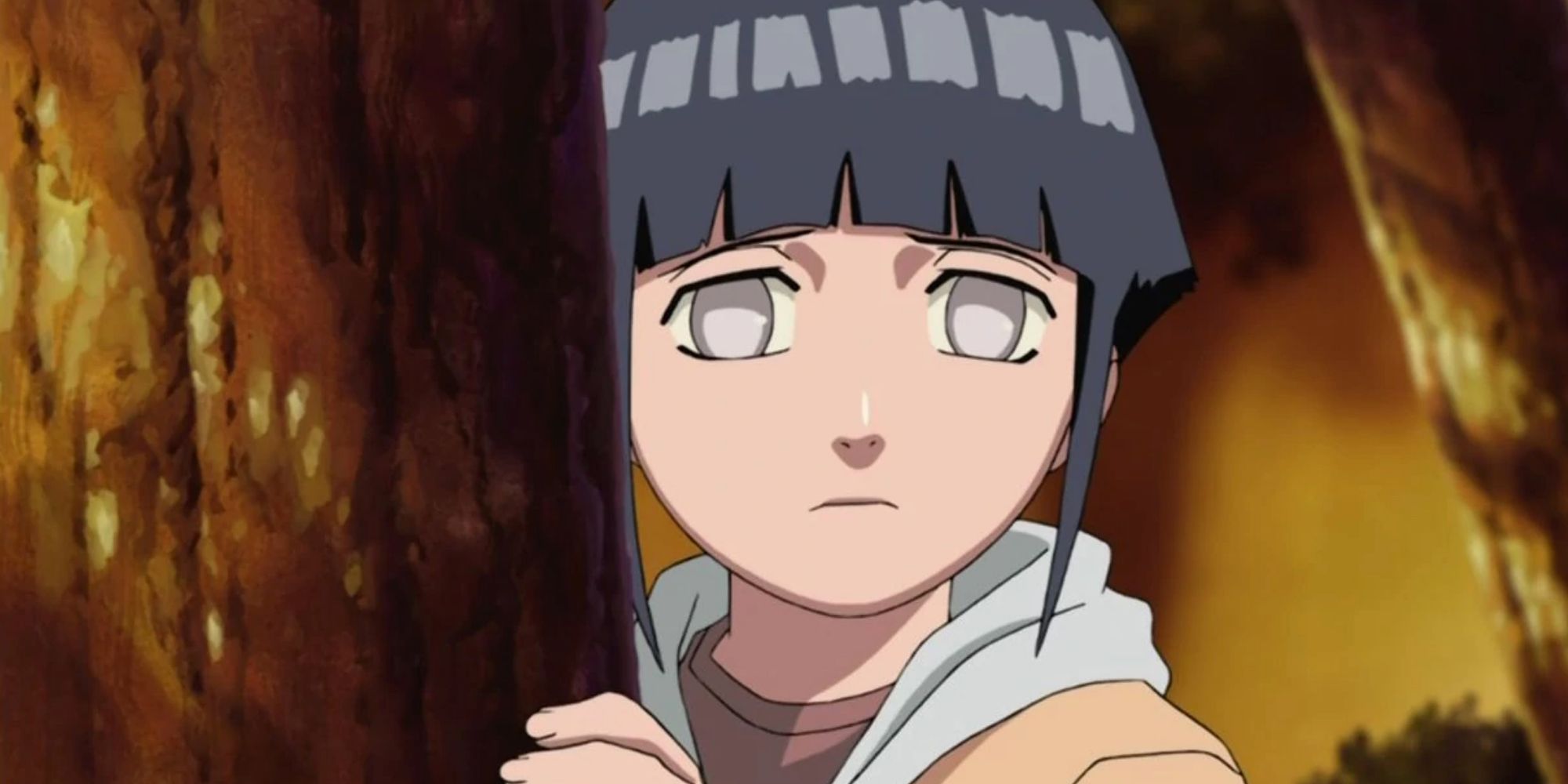 Because of her immense faith in Naruto, Hinata commits to being a stronger shinobi herself. She sees that Naruto is someone who never backs down and always gives his all, so she decides to do that as well, despite no one else thinking she’s cut out for it.

Naruto’s inspiration leads to Hinata learning more and more impressive skills, even eventually creating her own jutsu in the anime with her Byakugan skills.

8 Naruto Encourages Hinata To Stand Up For Herself

Even when Hinata has difficulty holding a conversation with him, Naruto still tries to encourage her. This doesn’t always lead to great results, but his heart is in the right place.

When everyone doubts whether she can last in a fight against Neji in the Chunin Exams, Naruto is the only one who encourages her to keep going. He doesn’t know the full extent of the damage Neji does at the start of the fight, so his encouragement is founded in his belief that everyone should have someone in their corner, not in Hinata having to engage in an impossible fight.

7 Hinata Is Always Willing To Offer Him A Helping Hand 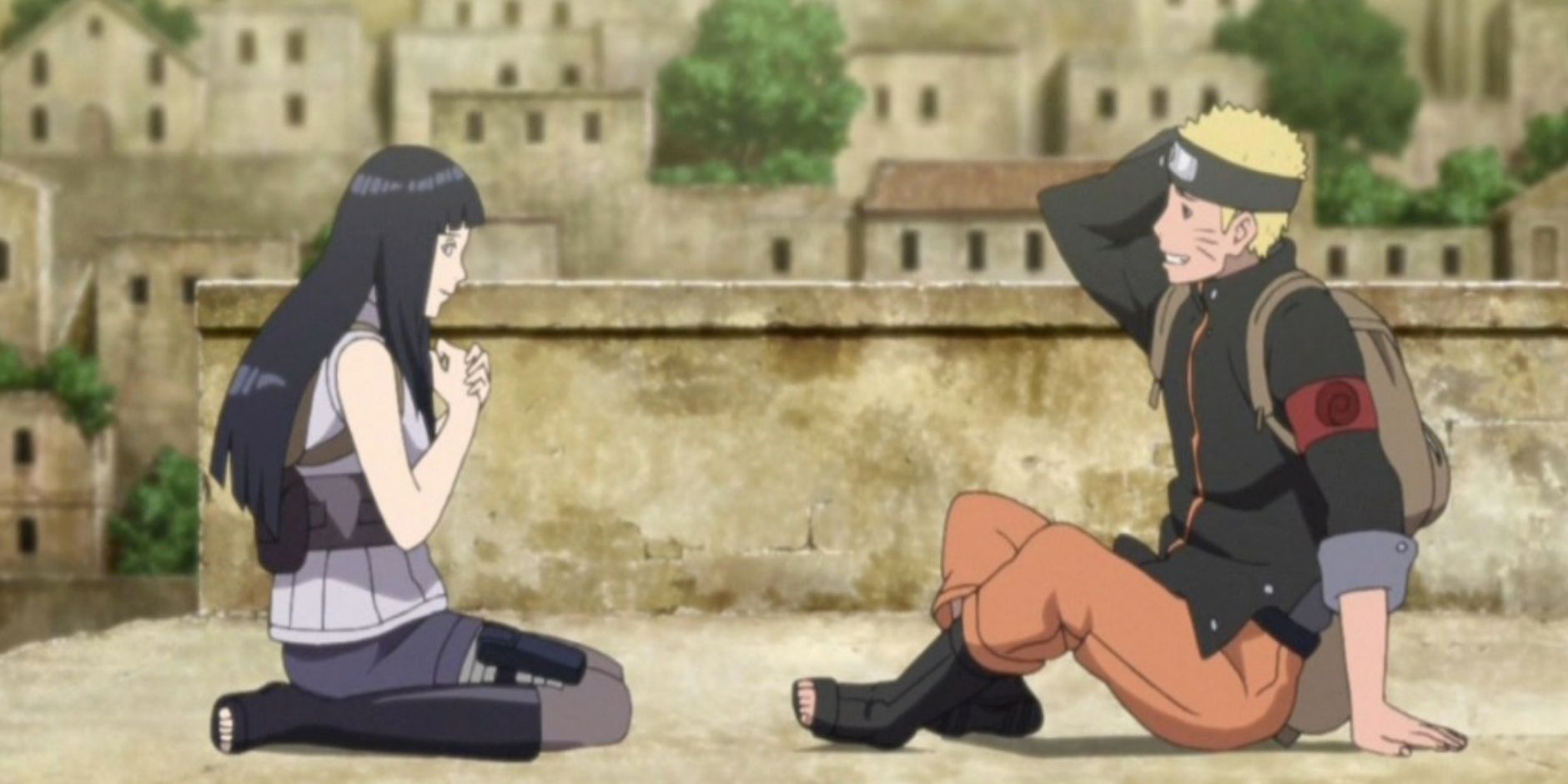 Naruto tends to jump into situations without thinking and just keep going while he’s injured. Hinata tries to help him with that a few times in the course of the series.

During the Chunin Exams, for example, she offers up her own homemade ointment to help him with his injuries, despite not even being able to get the words out to explain that she wants to help him. Years later, when the two work together in The Last: Naruto The Movie, she’s still there to help him recover from injuries as they’re able to get to know one another better. 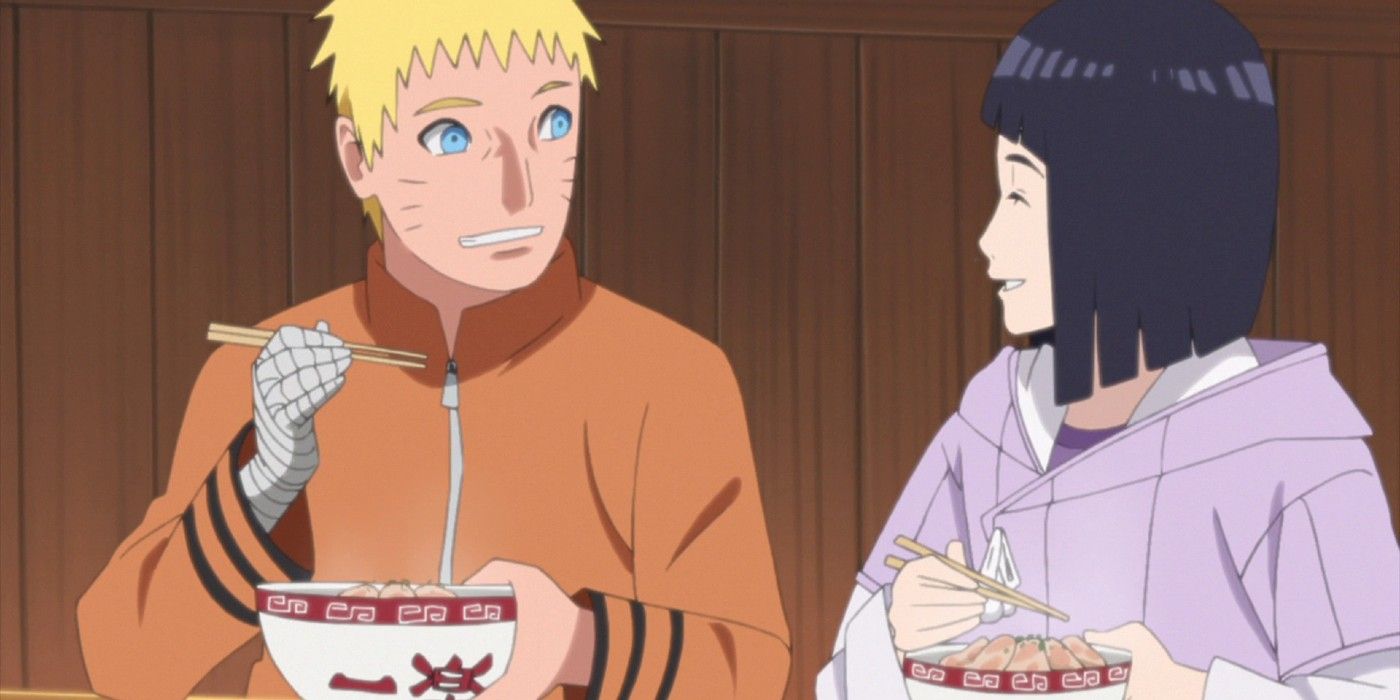 One of Naruto’s great loves throughout his childhood is ramen. It’s what he spends most of his money on, and he practically lives at Ramen Ichiraku in between training and missions, even when he can’t afford the ramen.

While Hinata doesn’t spend as much time there as a teenager as he does, there is a fun moment in Boruto that indicates she loves ramen as much as her future husband. She’s got a plaque on the wall denoting her as the Queen of Gluttony for a record-breaking consumption of ramen in a single visit. Considering how different Hinata and Naruto are outside of their commitment to becoming better shinobi, it’s nice that they still have some things in common.

Hinata’s fainting spells around Naruto are sometimes described as weird. So is her inability to speak full sentences to him. Most of the time, it’s Naruto himself who makes that assessment.

When coming across Hinata while she’s training one day, however, Naruto decides that he likes her weirdness and considers her a friend. It’s a sweet moment, and a rare one during their younger days in the franchise. 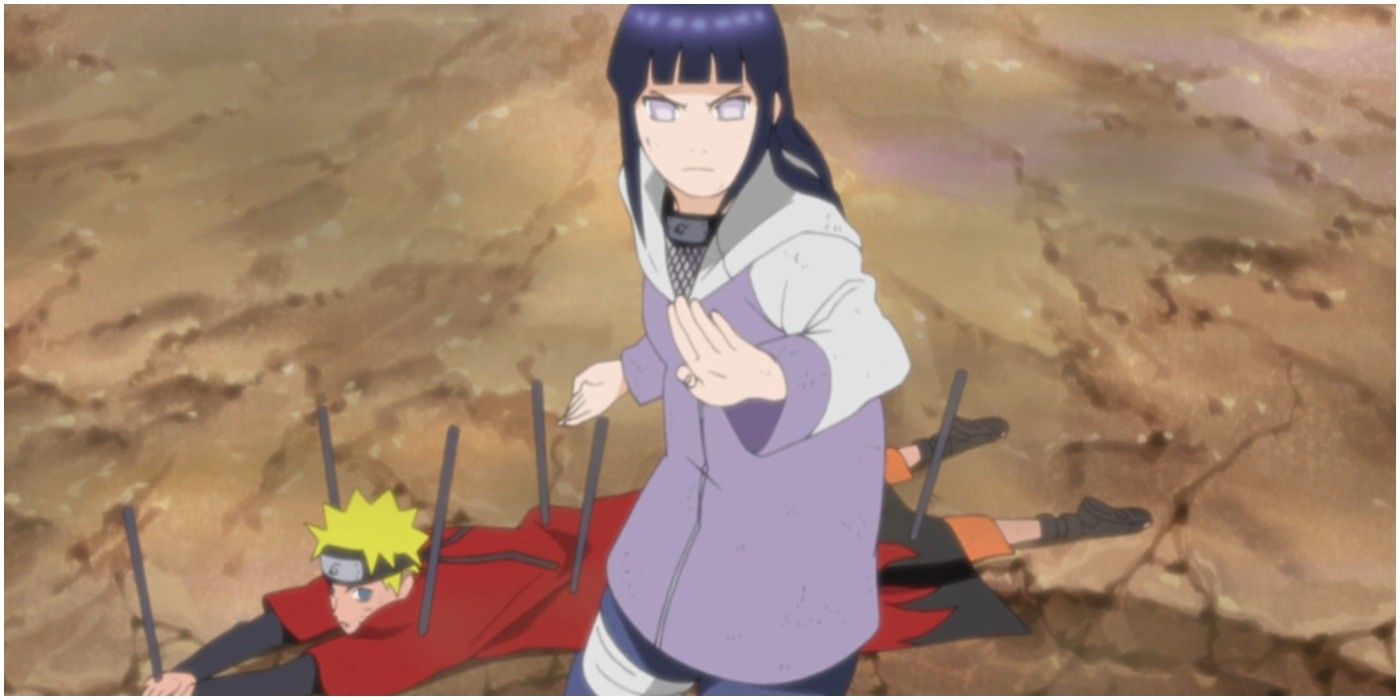 A lot of the most dangerous fights in the anime occur while Naruto and his peers are still working their way up the shinobi ladder. That doesn’t stop Naruto from trying to defend his friends and his village — and Hinata especially.

One of the best showcases of their willingness to back each other up in a dangerous setting is when Pain comes to Konoha. Pain pretty quickly gets the better of Naruto, and though other shinobi are terrified of taking the Akatsuki leader on, Hinata blocks Pain’s path to Naruto in order to defend him. She doesn’t last long in a fight, but her taking on Pain herself — and Naruto believing Pain kills her — is what motivates him to tap into the tailed beast inside him and completely wreck the village. Everything is set right eventually, but this fight makes it clear just how much the two care about one another.

3 Naruto’s Scarf Is Their Red String Of Fate 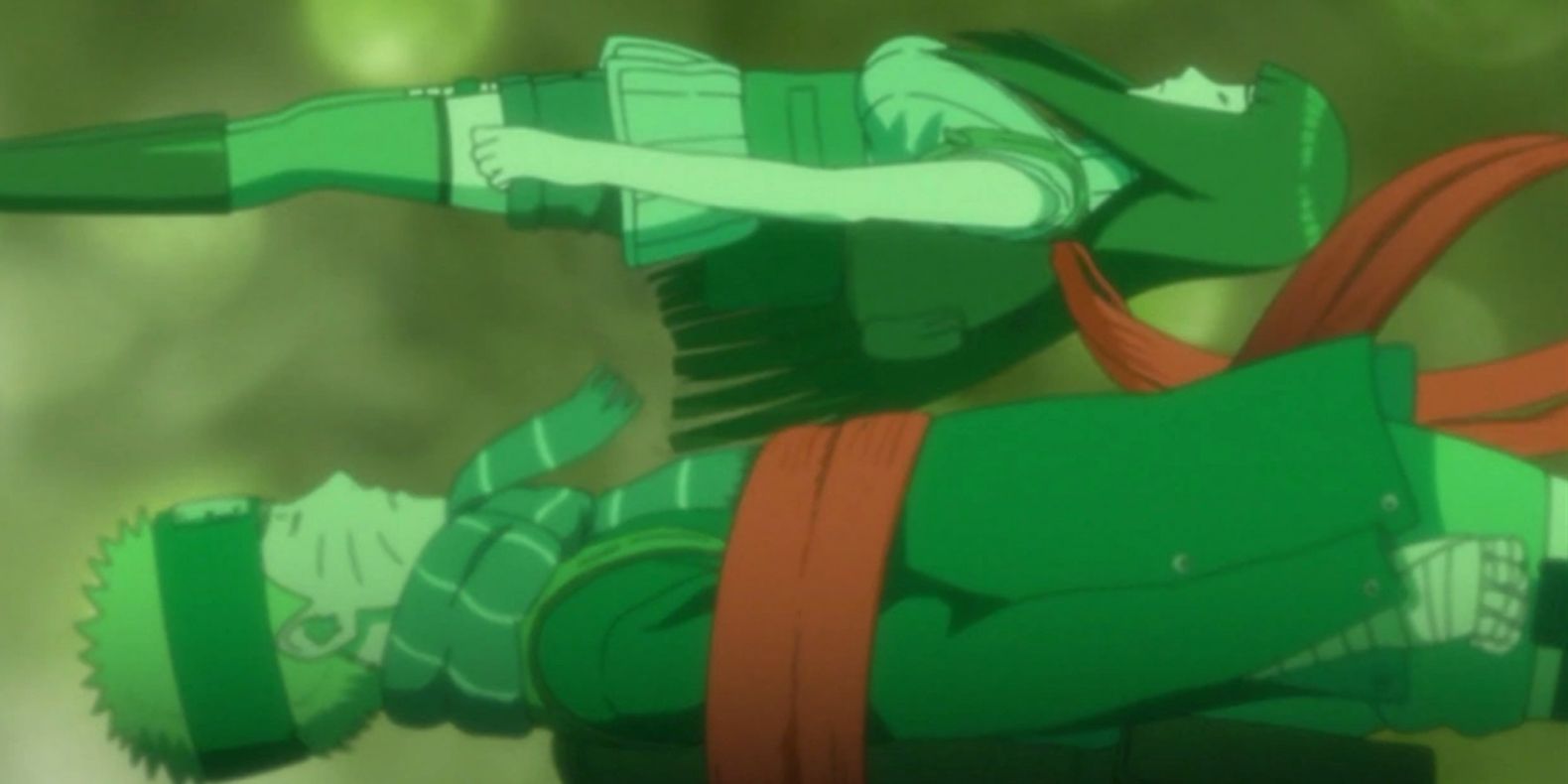 Multiple Eastern Asian cultures have variations of the legend of the Red String Of Fate. The idea, in a nutshell, is that a red thread connects two destined soulmates to one another across space and time.

The Naruto franchise provides great symbolism of that legend in The Last: Naruto The Movie for Naruto and Hinata through scarves. Hinata knits a scarf for Naruto as a gift, but chickens out of giving it to him when she sees he’s already wearing a scarf. His scarf ends up tangled around both of them when they’re caught in a genjutsu, tying them together to relive their memories and allowing Naruto to see himself the way Hinata sees him. It’s a heartwarming sequence that allows him to finally realize how much they’ve always loved one another.

2 Naruto And Hinata Can Understand One Another’s Loneliness

In the Naruto series, few of the young shinobi have happy childhoods. Their lives are marred by war, the pressure to succeed, and lost family members. While Naruto loses his family in the Nine-Tails’ attack on the village when he’s born, Hinata is ostracized by her family because she’s not an aggressively adept ninja.

Though they both have their teams as friends, they’re also both incredibly isolated from most of their peers until they’re all banding together in the lead-up to the Fourth Shinobi World War. Naruto and Hinata, despite the franchise not dwelling on it, live childhoods of loneliness. They can understand one another’s desire to be accepted as a result. 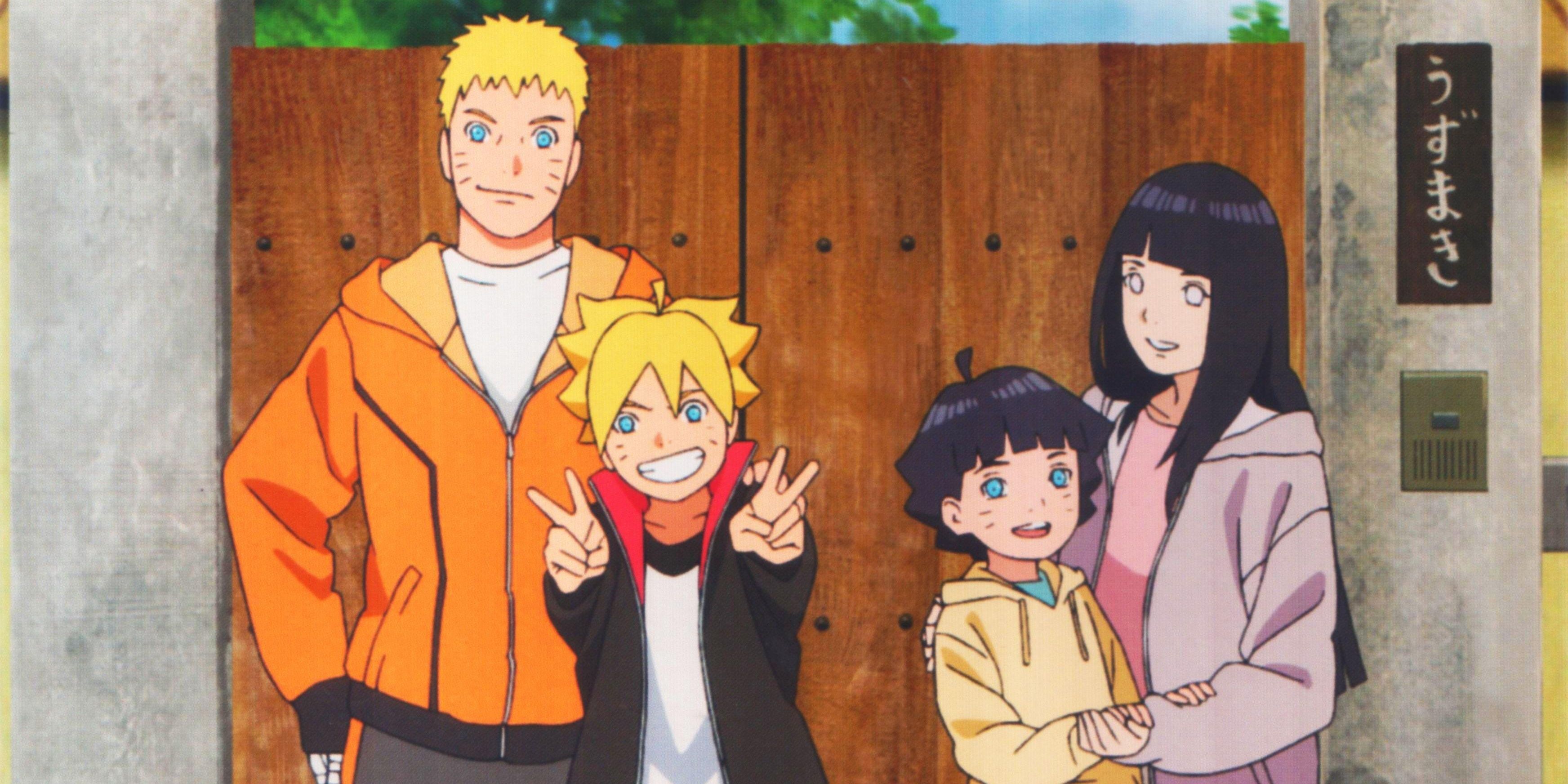 Because Naruto and Hinata both endured that isolation and loneliness in their own childhoods, they can apply their understanding of one another to their own children. Hinata doesn’t continue life as an active shinobi once she becomes a mother, though Naruto does go on to become Hokage.

Instead, Hinata makes sure that her children have a life full of encouragement and love, and Naruto does everything he can to make sure his family stays safe and intact. Their childhood experiences shape the kind of parents they become and see them strive to have a happy family life as adults.